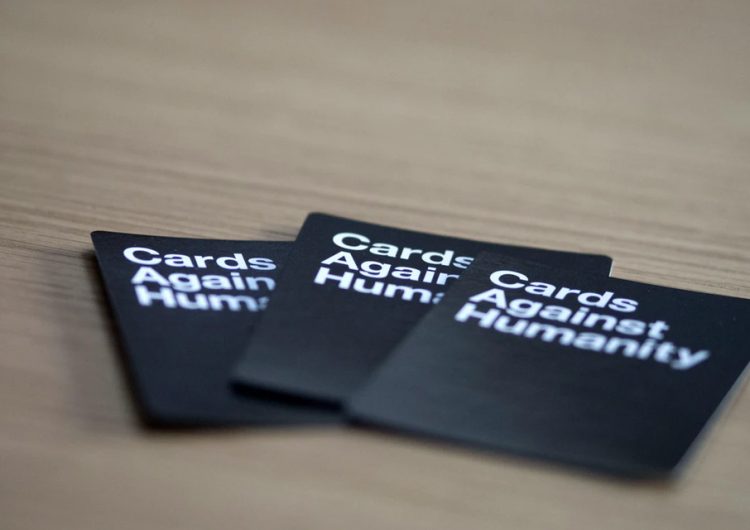 Good news to card game aficionados missing game night: Playingcards.io has brought the party game for horrible people online. No, I’m not talking about UNO. I mean Cards Against Humanity.

For the unfamiliar, the game has one player draw a black card with an incomplete statement. The other players then have to fill in the blanks with the white cards in their hand. The player who drew the black card then chooses whose card fits best (or draws out the loudest snort.)

Seems innocent enough, until you see what the cards say. Then suddenly, everything clicks into terrible, terrible place. It’s an NSFW card game for a reason.

The virtual version of Cards Against Humanity can be played by up to six players, with each game having its own invite link to be sent to the players. Much like the actual game, only you can see your hand while everyone else can see the black card in the middle.

You probably won’t end any relationships, but there are some card drops that will have you looking at your friends knowingly for the next few hours (or days, depends.)

SHAREThirty-four years ago, Filipinos of different walks of life came together to face...