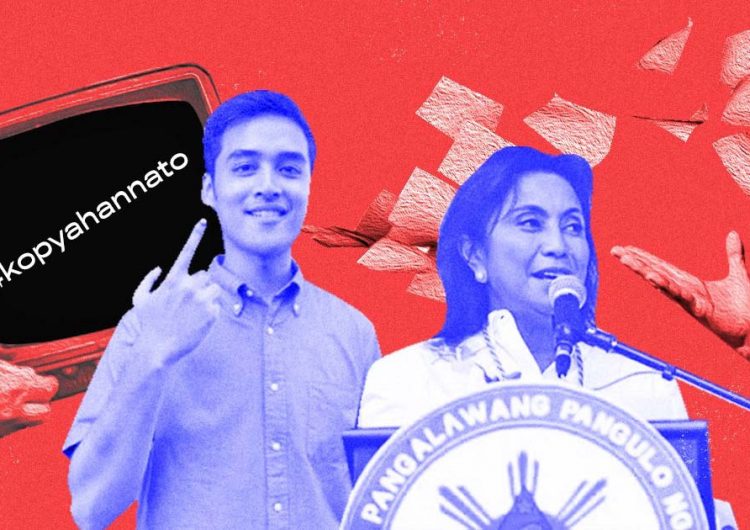 A public official has finally been called in for investigation. Two, actually. Unfortunately, neither one of them is the COVID-19 positive senator who went inside a populated hospital and grocery store.

The first was Pasig Mayor Vico Sotto for allegedly violating a quarantine protocol by allowing tricycles to operate within his jurisdiction during community quarantine. One key tidbit though: The supposed violation happened a week before the law penalizing such an act was signed.

The tag “Protect Vico” trended online following reports of the National Bureau of Investigation (NBI) summoning the young mayor to explain himself. Sotto had this to say:

They’re asking for an “explanation on the alleged violation of the Bayanihan to Heal as One Act (e.g. continuous tricycle operation)”

Even one of the principal authors of the bill, Senator Tito Sotto, spoke up.

What are they talking about? Laws are never retroactive if detrimental to any accused. https://t.co/QIT6uEji79

Another reason for the public outcry is because of the nature of the alleged violation. Here we have a young mayor working to launch mobile kitchens and disinfection teams—basically a public official doing his job—and he gets summoned for a technicality?

Was there corruption or even ill intent in having the tricycles operate? And even then, he immediately complied after being told to hold operations a week before the provision limiting public transport was signed into law.

Koko Pimentel literally walked inside Makati Medical Center knowing he could be COVID-19 positive (hint: he was), but Justice Secretary Menardo Guevera simply said, “During abnormal times like these, when people are prone to commit mistakes or violations of the law, the DOJ will temper the rigor of the law with human compassion.”

Maybe the NBI didn’t get the memo; because summoning a young mayor on a technicality? Where’s the compassion in that?

Soon after, the vice president herself was called out by Presidential Anti-Corruption Commission (PACC) Commissioner Manuelito Luna for “competing with national government efforts.” How so? By actively providing protective equipment, transportation and shelter to frontliners.

Since when was good governance considered competition? Since the COVID -19 outbreak apparently, when people started noticing politicians who were actually providing support to their constituents.

Since when was good governance considered competition?

As expected, the statement caused public outrage once more, with the rallying cry becoming “Protect Leni.”

Vice President Leni Robredo chose not to dignify the accusation which essentially wanted to punish her for doing her job. After all, the accusation was so obtuse that even the PACC released a statement that their commissioner’s opinion on the matter does not reflect that of the PACC.

As the vice presidential spokesperson Barry Guttierez said, Robredo has been initiating projects without seeking additional funding or special powers. Relying on donations and well-meaning individuals from the private sector, the OVP has managed to deliver PPEs, provide free transportation and set up dormitories for COVID-19 frontliners.

And from the looks of it, she is still continuing the good fight.

If you know of shelters in Metro Manila that are taking in the homeless, seniors and children, PWDs, etc., please let us know here, preferably with names and numbers of contact persons.

Thank you very much.

Mayor Sotto, on his end, exudes the same unbothered energy. After all, there is work to be done.

We may be holding off on lionizing public officials doing their jobs, but we sure as hell won’t tolerate them being punished for it either. This culture of demonizing transparent governance needs to stop.

You know what should take its place? A culture of copying. Keep lying, cheating and murder in the usual row of “do not do,” but copying? Yeah, it can stay.

By moving away from punishing people who “disobey” and instead showing empathy and compassion to their issues, we get effective solutions that actually address our concerns. A great example of this being the crowding within wet markets in Pasig.

Instead of punishing the people from not social distancing, their LGU began a mobile market which solved the issue. Soon after, this wholesome interaction came up on Twitter:

@VicoSotto we’re rolling it out na. Thanks for your idea!!! We tweaked it a little lang just to adjust to our terrain na small roads…but the over all concept is the same…thanks for your concept!!! pic.twitter.com/8yodQyFxNO

To which Vico replied, “Solid ‘to! I will show the team who designed ours..it will be a big morale booster for them!!” He adds that Pasig’s LGU also copies a number of best practices from Mayor Gatchalian’s jurisdiction in Valenzuela. Sotto quips, “Pati yung sa distribusyon ng goods, natututo kami sa inyo. #KopyahanNaTo!”

Imagine a Philippines where public officials decide to do more copying and less vindicating of good governance. It would change everything.

SHAREThe statement shirt has a long and colorful history of sparking political discussion....

SHAREThe boys from IV of Spades just dropped a music video while the...