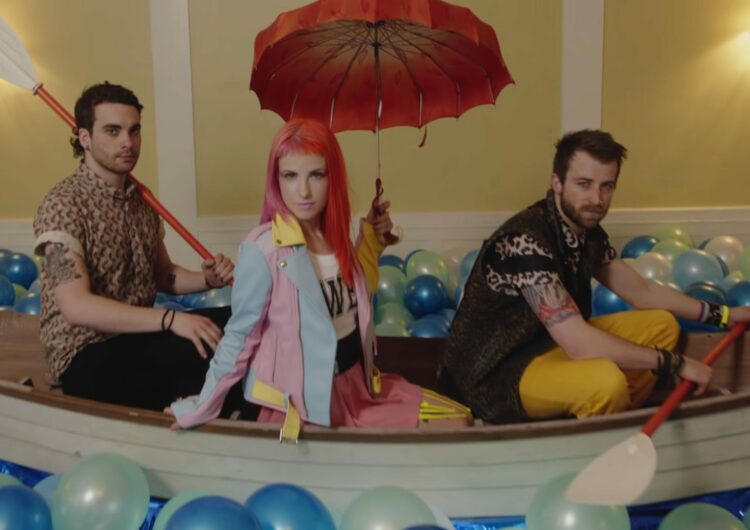 Our businesses of misery are no longer in session, Paramore fans, because the band just teased a potential comeback.

True to the prophesied Rawring ’20s revival, Y2K emo and pop punk trailblazer Paramore could potentially return in 2022, five years after releasing their 2017 album “After Laughter.” Lead vocalist Hayley Williams hinted at this in a Lorde-esque fashion, a.k.a. through an email newsletter, following her social media exit last October.

“Before I go, thank y’all so much for the incredible support these last couple years,” she wrote. “I know we didn’t get to properly come together to sing and vent and sweat it all out…but I do think that ‘Petals’ and ‘Descansos’ lived exactly the lives they were meant to.”

“Besides, Paramore can’t be ‘on a break’ forever now can we?” she added, capping off her letter. “I love y’all. See you sometime next year?” (Other bands can’t relate.)

During Paramore’s hiatus, the singer dropped two solo albums, namely 2020’s “Petals for Armor” and 2021’s “Flowers for Vases / Descansos.” Despite her solo career, Williams mentioned how instrumental her bandmates were during the process.

“In the thick of it all, I wrote. Enough to make up two solo albums. The kind of albums I swore I’d never make! Because how dare anyone, most of all me, think for a second that my loyalty to Paramore had dwindled,” she wrote.

“The guys were by my side nearly the entire process. If not actually working on the project with me then cheering me on. I even got to write with a few friends outside of—but very much connected to—Paramore, who taught me so much and gave me so much to be inspired by. Petals would likely not even exist if not for Joey Howard, his bass guitar, and a drum machine!!”

Back in 2020, Williams clued in the public on the next Paramore album’s return to their “hard rock” sound. So, expect us to add “Paramore comeback” and “headbanging to loud songs with super sad lyrics” to our list of things to look forward to in 2022.

Still from “Still Into You” MV