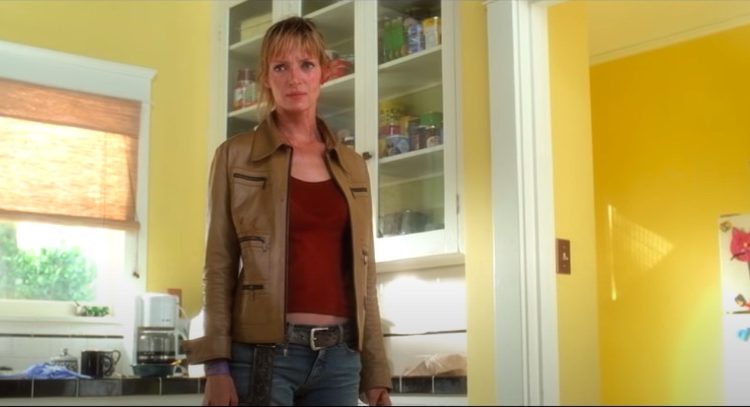 The end of the “Kill Bill” saga is relatively happy, but there are still a few questions left for fans of the series. How’s O-ren Ishii’s yakuza doing? Is Elle Driver really gone? Whatever happened to Vernita Green’s orphaned daughter?

Well, it looks like the story might not be over yet. In an interview with The Hollywood Reporter, Vivica A. Fox (a.k.a. Vernita Green in “Kill Bill”) revealed that the director and lead actress might be cooking something up. Exciting news: It might involve Vernita’s kid.

“Oh my gosh, I can’t wait. I think they’re waiting for [Vernita’s] daughter to grow up,” said Fox. “So, the latest I’ve heard is that [Quentin] and Uma have been talking, and I’d love for them to figure it out. Quentin is great with flashbacks and figuring out some kind of way to make his characters alive again in a film. So, I’m really hoping that Vernita Green gets her revenge.”

To jog your memory, Vernita Green’s daughter is the child to whom Beatrix says the words: “When you grow up, if you still feel raw about it, I’ll be waiting.” It was right after her and Green’s epic showdown that resulted in Green’s demise. It’s a thrilling formula for a revenge backstory, don’t you think?

Back in January, director Tarantino announced that he’s taking a break after his tenth movie—which is technically 2019’s “Once Upon a Time… In Hollywood.” “I kind of feel this is the time for the third act [of my life] to just lean a little bit more into the literary, which would be good as a new father, as a new husband,” said Tarantino.

Okay, but can we consider the “Kill Bill” saga as one long film? In the end, only time will tell if Tarantino thinks so, too.

SHAREI love animals. My own dog is a gem and a huge part...

SHAREBeyond its dynamic history of show tunes, ’80s power anthems and all that...