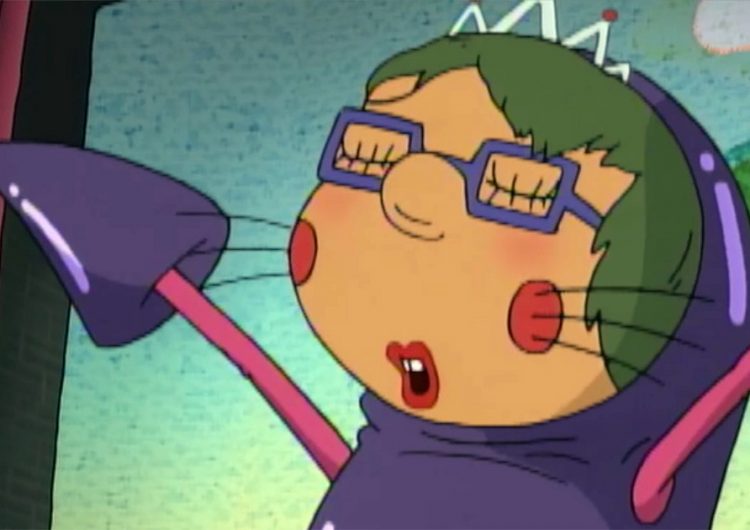 Let’s face it: 2000s teen shows were some of the best television our generation will ever experience. Aside from the thrill of having to wait for each episode on cable TV, it felt like each character we grew up with just gets it. It was worth it to put off homework just to tune in to the two sweet hours of coming-of-age content.

One of the most popular hubs for teen shows during the noughties was TeenNick, which housed many teenage staples like the all-time favorites “Drake and Josh” and “iCarly” to more underrated gems like “Zoey 101” or “Ned’s Declassified School Survival Guide.”

Nestled in the many running gags and humor  of these shows, they also gave us life advice every now and then. Let this list be an appreciation post for the TV moments that shaped our teen years, plus a reminder of the lessons we picked up along the way.

From the episode: “Chase’s Grandma”

In this episode, Chase is too preoccupied with a class paper to mind his birthday. To put him in a celebratory mood, Zoey decides to invite Chase’s grandmother, who shares his birthday, to a party they’re throwing. Then, the episode takes a darker turn when the gang finds out that Chase’s grandmother passes away on her and Chase’s birthday due to cancer. It was a sobering reminder of how life can catch anyone off guard, and that we should make the most out of it. Plus, we got to add the song “A Million Raindrops” to our teenage playlist.

From the episode: “Josh is Done”

“Drake and Josh” was our generation’s version of a modern family sitcom. The show’s core has always been about the two stepbrothers’ hilariously tumultuous relationship, but this episode features their worst fight ever. Josh decides to cut Drake out of his life after Drake lets him down for the last time. After living separate lives, Drake delivers a heartfelt apology to Josh, saying that he needs Josh in his life. The two wordlessly make up as they play a brotherly match of ping-pong in their shared bedroom. It’s a touching lesson on strong familial bonds and how a brotherhood not based on blood can still be just as—if not more—strong.

“As Told By Ginger”

From the episode: “The Right Stuff”

This episode shows so many layers of the female high school experience—body insecurities, unjust bullying, and most importantly, the power of girls standing up for each other. Middle schooler Courtney attends a high school pool party, where a pair of older girls conspire to embarrass her by taking off her bikini bra. When the bullies successfully pull off the stunt, Ginger and her friends save the day by covering Courtney’s top before the crowd could see—even though they weren’t really friends with her. No bystander effect here.

From the episode: “Come Back Little Seal Girl”

When Macie goes solo to pay tribute to her childhood hero Little Seal Girl, she defies the bullies who make fun of her. During the show, she ends up singing proudly after her tracking vocal breaks down mid-performance. Staying true to who you are isn’t always easy, especially in high school, but it lets you live your life in your own terms.

From the episode: “iWanna Stay With Spencer”

Spencer has always been as much of a goofy friend to Carly as he is her guardian, but in this episode, Carly’s grandad doesn’t see it that way—which is why he decides to take her with him to the (fictional) state of Yakima for good. Spencer tries his hardest to prove his worth, but fails to do so. That is until Carly’s grandad sees just how much he cares about her based on his extremely detailed info sheet and an asthma inhaler he’s always held on to “just in case.” Sometimes, we don’t realize how our guardians take care of us in the smallest but really meaningful ways. Remember to show your kuya, ate or parent that you care.

From the episode: “Your Body and Procrastination”

In this episode, Moze imagines herself as a 30-foot-tall monster because of her height. A lot of us have probably felt this way during our adolescent dats. Ned and the gang taught us that body insecurities during adolescence could sometimes feel like the end of the world, but that it is actually totally normal. So don’t beat yourself up about it.

Still from “As Told by Ginger”

SHAREAt a world where art continues to innovate and elevate life, the creatives...