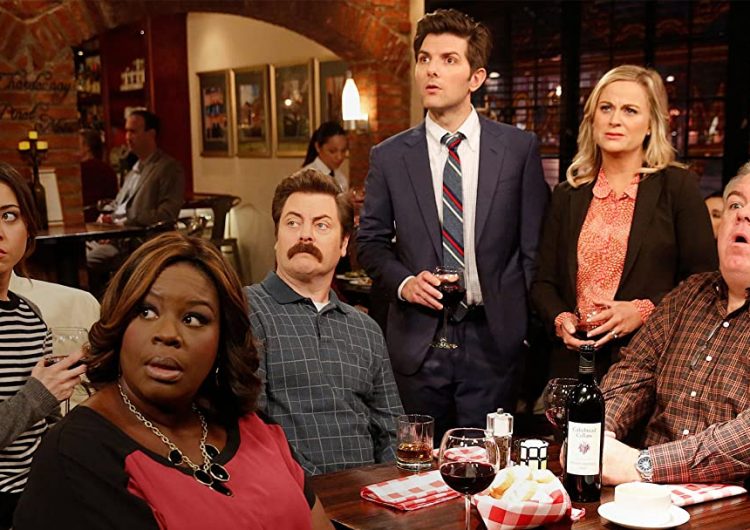 This year seems to be filled with a lot of reunions. Five years after the show’s seventh and last season, the OG cast of “Parks & Rec” are reuniting for a special episode airing on Apr. 30 on NBC.

Leslie Knope wants to let you in on a secret… On April 30, #ParksAndRec is returning to NBC for “A Parks and Recreation Special”. Our workplace proximity associates, along with our neighbors at @StateFarm, are raising money for @FeedingAmerica. Join us! https://t.co/YuyWBTYmrH pic.twitter.com/ZId6Lq3rkJ

In this special episode, Leslie Knope (Amy Pohler) is as optimistic as ever and tries to stay connected with her friends via video conference. We can only imagine how this Zoom-based comedy is gonna go.

Pohler will be joined by Rashida Jones, Aziz Ansari, Nick Offerman, Aubrey Plaza, Chris Pratt, Adam Scott and more. They’ll be getting back into character one more time for charity. See if you can spot some guest stars, too.

“Like a lot of other people, we were looking for ways to help, and felt that bringing these characters back for a night could raise some money,” the show’s creator Michael Schur told Variety.

The reunion episode will be aired in a bid to raise money for Feeding America, a non-profit hunger relief organization that helps fund food banks around the US. All funds raised from the special will be donated to Feeding America’s COVID-19 Response Fund.

LOONA x NIKI is the 88rising cover we deserve

SHAREAfter a whole ass day of spitting bars, suave rhythms and a cultural...

SHARESo, the Duterte administration’s violent war on drugs is far from over. The...