Though cinemas are still closed, Marvel fans are still highly favored this pandemonium. After “Spider-Man: Far From Home” and all the chaos that came with Marvel Cinematic Universe’s (MCU) Phase 3, we’re now slowly going knee-deep into the new era. Even if it took us longer than expected, stans have no choice but to assemble—because TBH, Phase 4’s definitely looking epic.

From “Doctor Strange in the Multiverse of Madness” to “Shang-Chi and the Legend of Ten Rings,” Phase 4 is out here to spoil us. If you’re still preparing your heads like us, we have a couple of steps for you. The MCU has been to infinity—now, they are going even beyond it.

Revisit (or finally pick up) the comics

It might be time for a refresher to help us understand what’s going on or—at the very least—help fill in a few blanks. Since Black Widow is coming up soon, you can start with “Black Widow: S.H.I.E.L.D.’s Most Wanted.” This is a must-read if you want to know more about BAMF Natasha Romanoff.

Nerd out with your fellow Marvel stans

Now is the perfect time to assemble your fellow Marvel stans, organize a Zoom meeting and geek out about Phase 4. We’re sure you’re all full of theories, expectations and speculations. Don’t keep all that bottled up, lay them down on your fellow fans and maybe compare theories and see who gets the closest once the TV series or movie comes out.

Although we witnessed Vision die in “Avengers: Infinity War,” this six-part mini-series focuses on him and Wanda Maximoff trying to live in a classic sitcom-style setting as two super-powered beings. On the flipside, Sam (who now carries Captain America’s shield) and Bucky finally team up in the Captain America spin-off series.

Are you Team Cap or Team Iron Man? Arrange an online watch party with other Marvel-heads and relive their epic matchup in “Captain America: Civil War,” along with other fun and jaw-dropping moments across the rest of Phase 3. Whether you’re rooting for Steve Rogers or Tony Stark, by the time you reach “Endgame,” you’ll be cheering for all the good guys as they finally face Thanos.

Grab your smartphone and a bag of popcorn because it’s time to dive into the universe of theories surrounding MCU Phase 4. Now is the perfect time to assemble your fellow Marvel stans and organize a Zoom meeting—we’re sure you’re all full of theories, expectations, and speculations. Don’t keep all that bottled up, lay them down on your fellow fans and maybe compare theories and see who gets the closest once the TV series or movie comes out.

Assemble with a limited-edition Marvel smartphone

This year’s going to be epic for every Marvel fan out there. As you’ll be spending most of your time online prepping for Phase 4, equip yourself with a phone that lives up to the hype! OPPO suited up and collaborated with Marvel to spoil us with the OPPO Reno5 Marvel Edition, a strong and powerful smartphone designed to transport every Marvel fan into the MCU like it’s that easy to be a hero.

Inspired by the Quantum Suits worn in the movie “Avengers: Endgame,” the phone features a combination of Marvel’s iconic colors. Add classic details like Black Widow’s logo or Captain America’s shield, and this phone also completes our dream Marvel ‘fit. 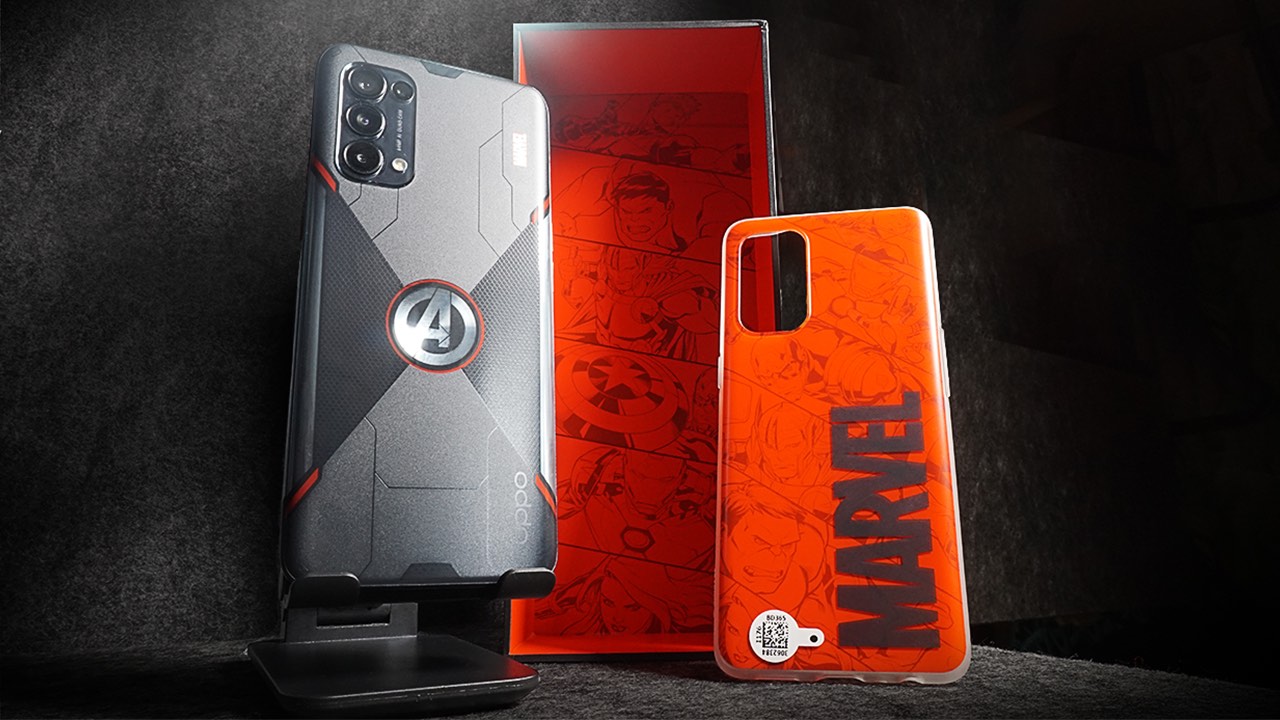 Aside from being lightweight and durable, its software will transport you right into your version of the MCU, thanks to the Avengers’ Quantum Suits and icons inspired by different superheroes and items on your home screen. It also comes with six custom lock screen wallpapers with the OG Avengers. And did we mention there’s an awesome flip book-style animation, too? 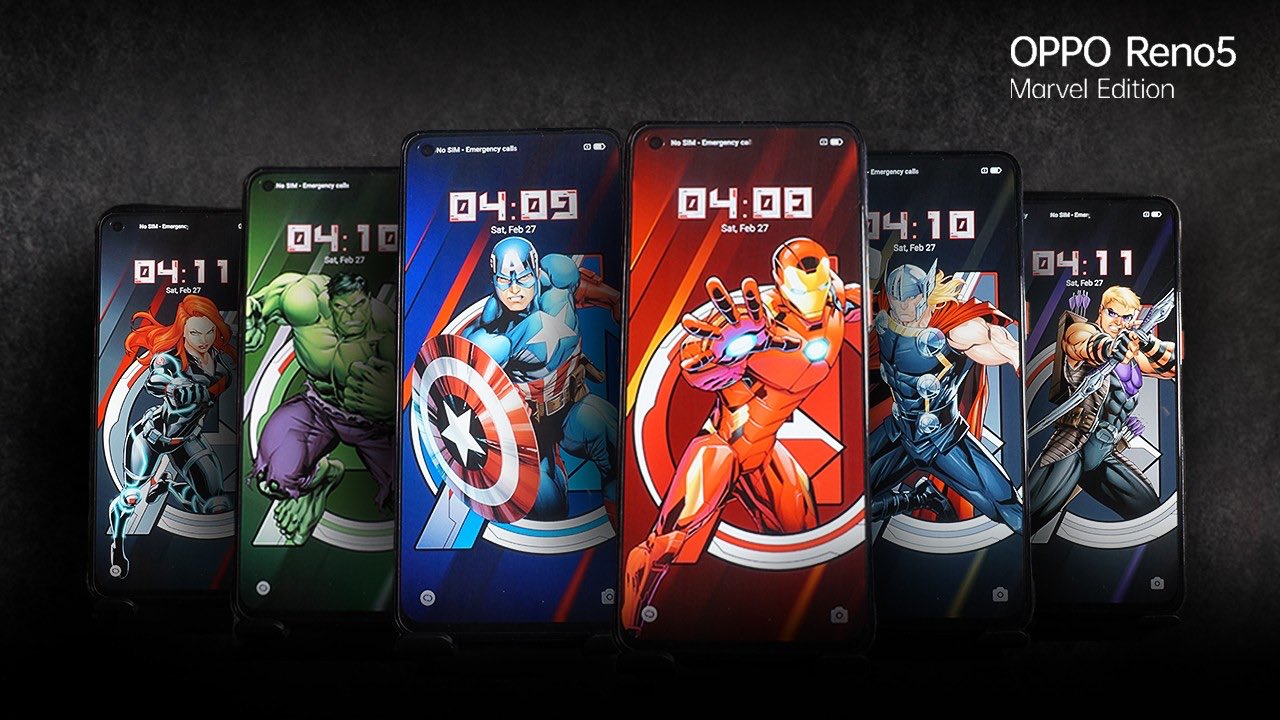 OPPO made sure to go above and beyond with the Marvel details in the accessories, too. You’ll get your phone packaged in a sleek black box with the classic Avengers logo. Inside, you’ll find a TPU case, SIM card extractor pin, charger and cable, all of which come with Avengers design elements. 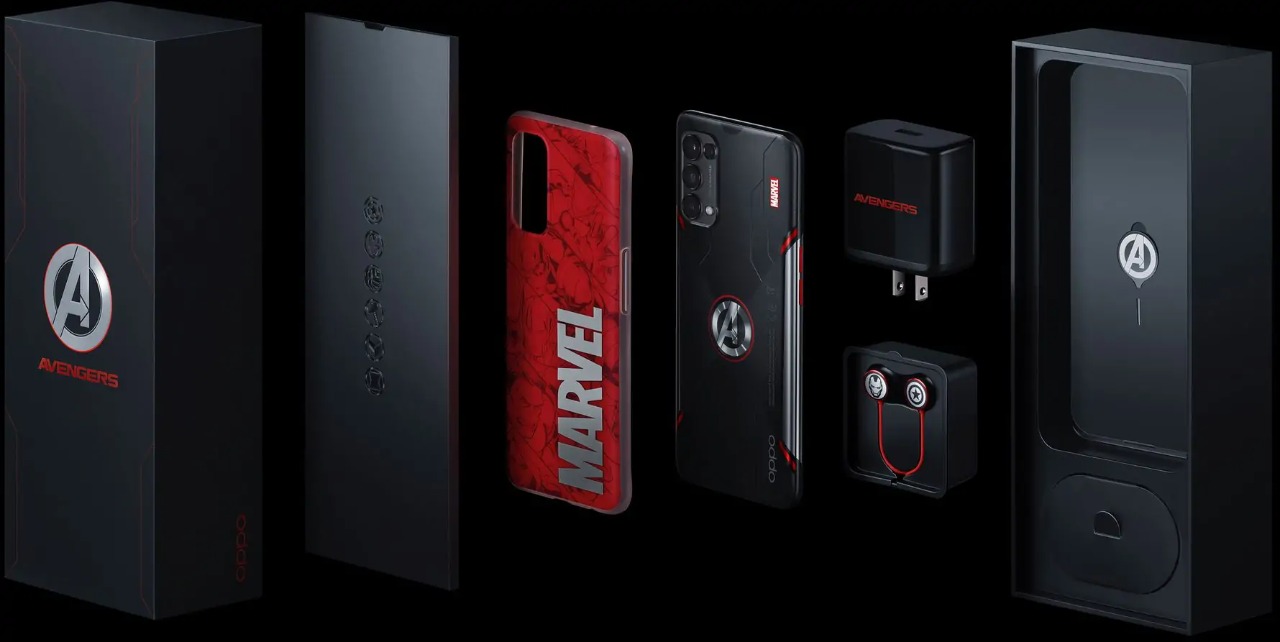 The OPPO Reno5 Marvel Edition features a 6.43-inch 1080p AMOLED screen and a high refresh rate at 90Hz. It is powered by Qualcomm Snapdragon 765 octa-core processor and comes with 8GB RAM plus 128GB storage. The smartphone is also equipped with a powerful 64MP Quadcamera setup that consists of a 64MP main camera, an 8MP ultra-wide, a 2MP macro, and a 2MP depth camera with a 44MP front cam shooter.

No other phone screams Marvel stan more than this, so get your hands on this limited-edition phone ASAP. From its powerful software and camera to its sleek and aesthetically pleasing design, the sky’s the limit with this phone. Get your fellow Marvel stans together, #UniteYourPowers and #PictureLifeTogether. The next few years are going to be exciting!

No, it isn’t your friend’s edit. It’s really from ABS-CBN itself

Streetwear label Most High Co. is best known for their essential pieces touched...

SHAREE3 is debatably the most anticipated convention for gamers, and we know we’ve...