It’s time again for one of the biggest annual fairs–Satchmi’s Vinyl Day is happening this June 16 at The Axon, Green Sun starting at 12 NN to 12MN. For its sixth year, Vinyl day is bigger than ever with 12 hours of fun, music, shopping, and social events! First installed in 2013, the organisers found a market for the vinyl music format whose support and enthusiasm remind us all that music is more than sound–it is a social affair,

We’re going to be there too with our own booth so watch out for that!

On top of this diverse, amazing lineup is a market that sells and redefines the vinyl in this modern age. With the brand’s biggest vinyl market yet, records will go as high as 50% off, and Motorino turntables are 20% off! There really is no better way than to up your collection than this event organised by Satchmi partnered with Sun Cellular and Levi’s, and sponsored by Green Sun, MTV, and Jack Daniel’s.

If other things suit your interest, however, they also cater to coffee, clothing, photography collector items, and a lot of other surprises. Expect booths from their friends Homonym, Film Folk, Customthread, Audio Technica, and more. We’ll also let you in on an insider tip: Dress in your favourite clothing because Lunar and Sunny16 Lab will be capturing the experience in photos.

Satchmi’s sixth Vinyl Day is happening at The Axon, Green Sun, 2285 Chino Roces Ave. Ext., Makati. You’re probably thinking how much you’re paying to get all these. The best part yet is that the event is for free. We’re going to be there too with our own booth so watch out for that!

For more info, check out the poster below and visit their official Facebook page here. 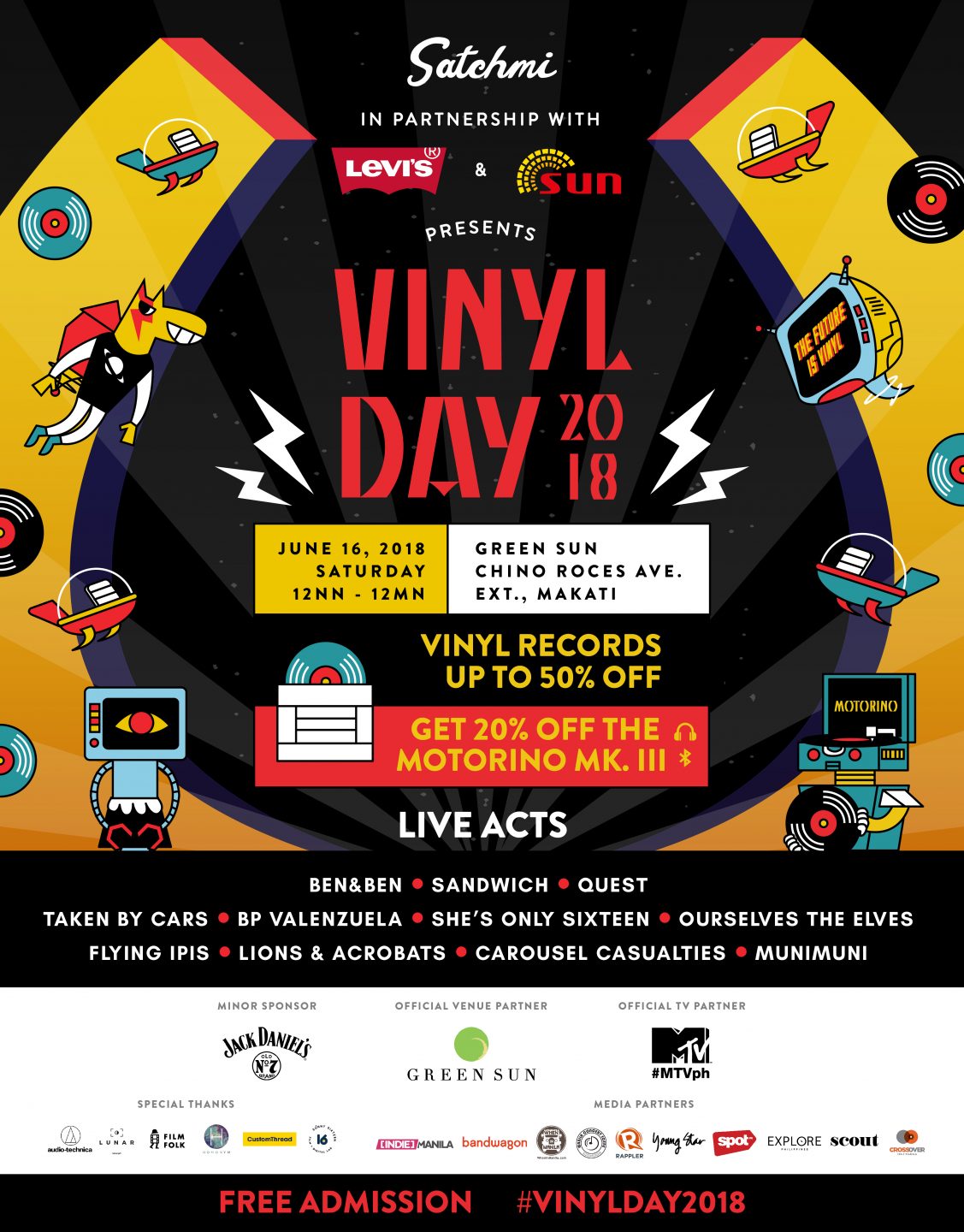 “Jeen-Yuhs” isn’t a redemption arc, but it’s a much-needed salve for longtime fans