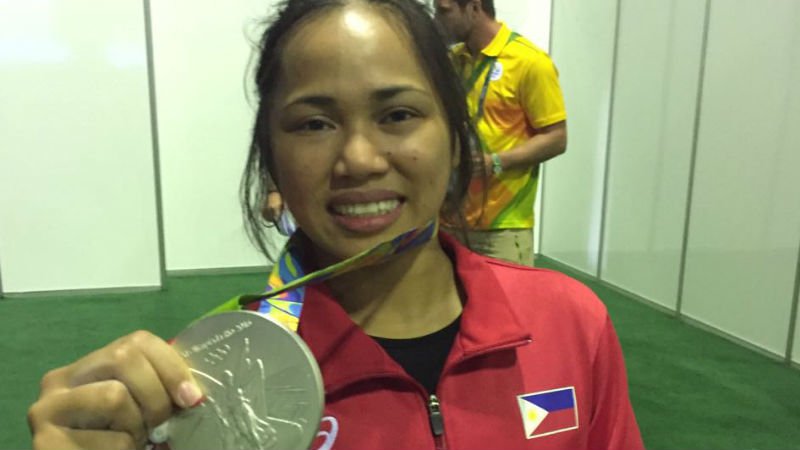 Don’t look now, but here’s some awesome news on this gloomy Monday: the Philippines just won our first medal in the Rio Olympics—and our first Olympics medal in 20 years—thanks to awesome 25-year-old weightlifter Hidilyn Diaz.

Hidilyn won the silver medal in her weightlifting weight class, earning it for an impressive 88-kg snatch and a 112-kg clean and jerk total to a whopping 200kg. (She hoisted over 440 lbs.) She actually already had the bronze medal in the bag after those lifts, but she got the silver (and Korea the bronze) after China’s Li Yajun could not do a 126-kg clean and jerk in three tries.

We know you’re dying to know what all of that means, so here’s the video. Be amazed:

That is pretty awesome.

“I expected to win the bronze going to this competition, na-shock ako nung sinabi sa akin na na-zero ‘yung China (I was shocked to find out that China scored zero),” said Hidilyn, a native of Zamboanga City. This is what happens when you ignore a very important international arbitration ruling on the law of the sea: our weightlifters find you and beat your weightlifters. (Just kidding—China won the male weightlifting contest, and our bet Nestor Colonia unfortunately wasn’t able to place.)

But seriously, Hidilyn’s big win is the first medal the Philippines has gotten in the Olympics in 20 years (when Onyok Velasco won a silver in boxing, which catapulted him into local pop culture), and the first non-boxer to win a medal since 1936, not to mention a very bright spot in our relatively dim international performance. Nobody else has won anything in two days, but certainly not for lack of trying—we hope to see more news like this in the next three days.

Meanwhile, Hidilyn is about to take home P5 million thanks to the government’s incentive program for Olympic medalists. Not bad at all for a great day in Rio.

In every barkada, there is that one sarcastic friend who lives on real...