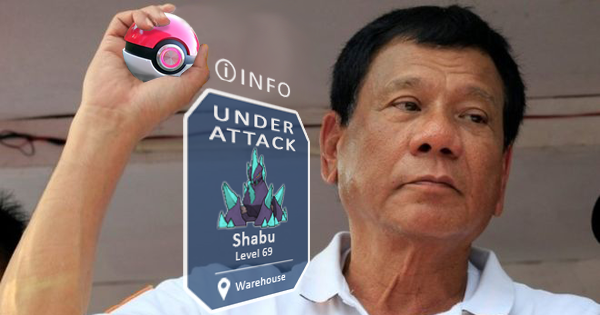 It hasn’t been out here in the Philippines for a week, but everybody and their tita has already joined the Pokemon Go hype train and put the gaming app in their phone. If you put your eyes away from the app for just a moment, you can find players whipping out their phone almost everywhere in the metro with their eyes on the app. Fellow passengers in the train, bus, or jeep are lowkey opening the app to get to the several Pokestops around the area. Malls are slowly becoming consistent hotspot for people to put in lures. Streets near universities and colleges are of course teeming with the young and restless trying to one-up all their friends by claiming the nearest gym for their favorite team. The eyes of every youngster are still glued to their daddy’s smartphone, but this time they’re spending their time outside, walking. Whether it’s a childhood dream come true or the talk of the town, Pokemon Go has opened up avenues for people to socialize, exercise, and know more about the city they live in. Who knew there are that many churches near you?

We take a look at how the Philippines is responding to this global phenomenon:

Here’s an observation: the popularity of a certain object, person or phenomenon is directly proportional to the memes that will spawn out of it. Pokemon Go has definitely its fair share of memes, both from around the globe and locally.

Of course, nothing is safe from some funny wordplay. Not even Pokemon Go, who has it in the form of punny names for their Pokemon:

And of course, after the memes come the brands, who someway, somehow, turn the trend to be about them. Social media managers, copywriters, and graphic artists are wracking their brain to turn the Pokemon hype to about their service or product. Imagine them writing on whiteboards in a tiny, air-conditioned room,  running on their second coffee for the day, finding a way to cash in on the trend. What a time to be alive.

The brands who benefit the most are those that have services in line with Pokemon Go’s needs, say, smart phones, battery packs, and most of all, mobile data. Unsuprisingly, Globe and Smart are trying to edge each other out even before the app arrived locally:

In a way, Globe confirmed rumors on whether or not the app was coming here locally:

Calling all Pokemon trainers! #GlobeSWITCH gives you FREE 7 days of access to Pokemon GO when it comes to the PH! pic.twitter.com/XKN4UFh9Jt

But Smart had the upper hand on letting everyone know that the app was going live here very, very soon by airing this tweet the night of August 6.

And case in point, brands are going to find a way to invade your feed with something trendy to catch your eye.

It’s a rainy Monday morning but the weather won’t stop us from having a #wonderful week ahead! Good morning! ?pic.twitter.com/mYAxm1ewXb

And it’s not just the telcos: Agencies like the LTFRB and MMDA are sending out advisories:

All PUV drivers are reminded that playing #PokemonGo while driving is prohibited. Please report violators to us so we can catch ‘em all.

And even religious institutions are taking notice:

What’s next? Will we get the Pokemon animated series in television again? Are we going to see Instinct, Valor, and Mystic turf wars? Will there be, god forbid, injuries or casualties because of the game? We don’t know when the hype train will leave the station, but until then, we’re going to keep catching ’em all. Hopefully the memes will follow. Branded content can get lost.

Peek into various POVs of different indigenous people in the Philippines