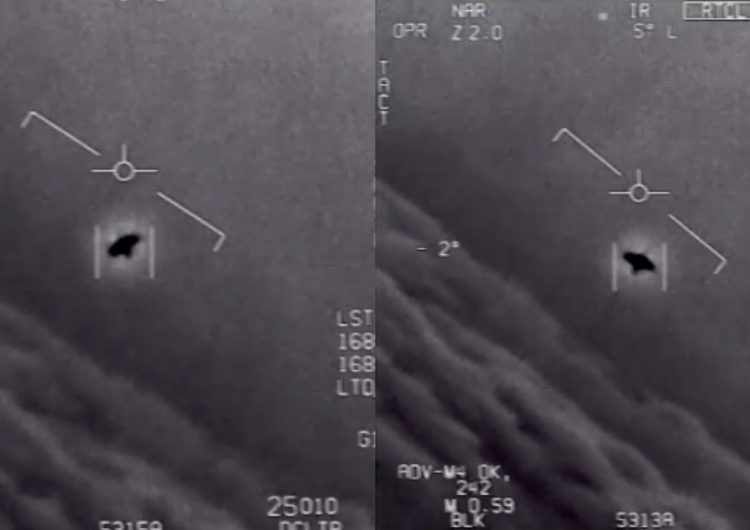 So, here’s a quick rundown of 2020 events that sound like plot points from a disaster movie: volcanic eruptions, the Arctic Ocean infected with chlamydia, a pandemic sweeping the planet and now—yeah, you’ve probably guessed it—aliens.

Though these videos were already leaked to outside organizations, the Pentagon’s official release marks a feat for the tinfoil hat-wearing, alien-believing crowd, as a public disclosure such as this is considered uncommon. According to Pentagon spokesperson Sue Gough, this move hopes to “clear up any misconceptions by the public on whether or not the footage that has been circulating was real, or whether or not there is more to the videos.”

“After a thorough review, the department has determined that the authorized release of these unclassified videos does not reveal any sensitive capabilities or systems,” the spokesperson said, “and does not impinge on any subsequent investigations of military air space incursions by unidentified aerial phenomena.”

"The department has determined that the authorized release of these unclassified videos does not reveal any sensitive capabilities or systems."

The aerial phenomena observed in the videos remain characterized as "unidentified." pic.twitter.com/fGCVVbw5Ax

Filmed by the US Navy, the videos were first released between December 2017 and March 2018 by the To the Stars Academy of Arts and Sciences, which is co-founded by former Blink-182 band member Tom DeLonge.

In our print issue last year, we talked to ufologist Dr. Jaime Licauco about close encounters of the third kind in the Philippines. And while governments on Earth have kept topics like these under wraps since the time of flying saucers and Roswell sightings, it seems that alien life is creeping closer to factual status. See for yourself by checking out the videos here.

Read more:
It’s legit: We’re one step closer to a new home planet
Diwata-1 signs off after 4-year space mission
This NASA intern discovered a planet on his third day on the job

Screenshots from the Pentagon

SHAREWunder kids, we have some sad, sad news. Earlier today, users of carpooling...