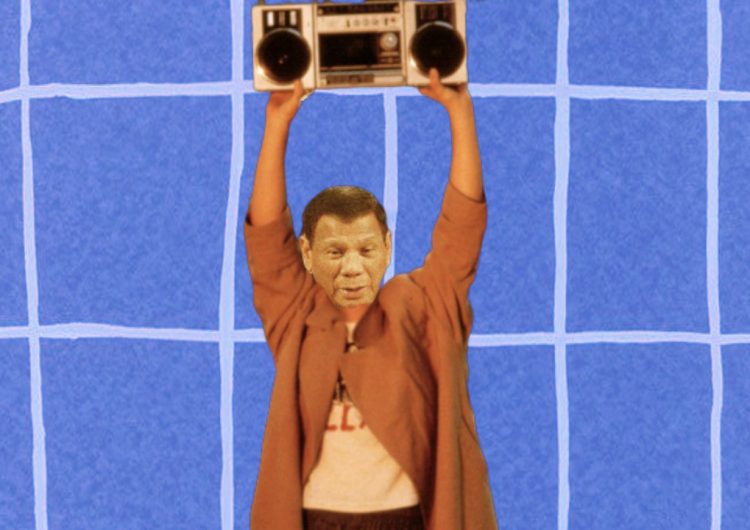 Last night, President Rodrigo Duterte broadcasted an unannounced press conference. The conference covered his thoughts on vaccinations, an announcement that it was his decision to keep General Sinas on the Force, and… a listening party of a song?

At the tail end of his conference, he mentions a Bisayan musician and friend of his who he chooses not to name. “’Yung kanta niya nakuha niya the spirit that we have been longing for, where we can express what we feel for the moment,“ says Duterte. He then asks to have the song played as he closes his eyes and listens to the music—yes, the whole five-minute track.

The song’s lyrics talk about staying strong and being willing to die to protect the country. It also talks about coming together as one to heal the world.

President Duterte listens to a song which he asked to be played; says song captured emotions during this crisis | via @Joseph_Morong pic.twitter.com/8AhAL12BgE

“Mga kababayan ko, I hope that maski papaano, we were able to convey, napaabot namin ang mensahe ng gobyerno sainyo,” says Duterte at the end of the song. Unity, patriotism and no “pasaway”—duly noted, Mr. President.

SHAREThe Atlantic’s new piece is on social distancing and why it will save...

SHAREWith a seemingly bleak future, it’s inevitable to associate yourself with Ralph at...