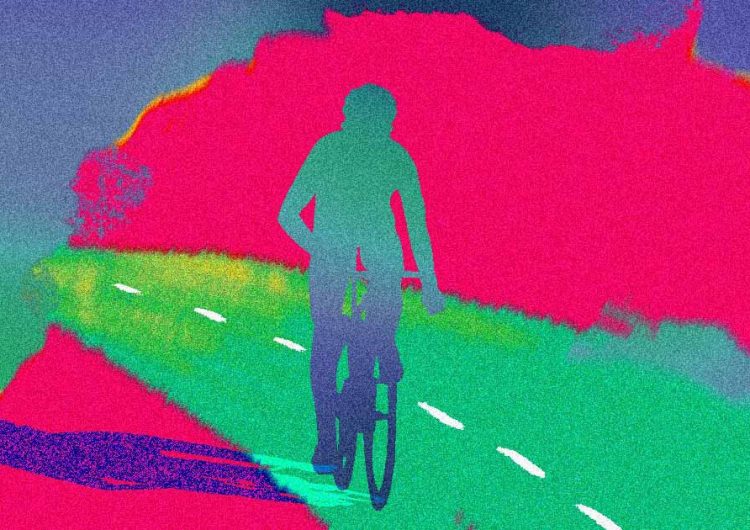 The COVID-19 pandemic forced dire adjustments disguised as growing pains. Jobs are lost, online classes are dreaded, and we wake up to terrifying statistics every day. We have no choice but to go in sync with today’s broken-record term, “the new normal.” And when it comes to transportation, biking is poised as the top choice—especially in Metro Manila.

Because it fits social distancing protocols, biking is eyed to be the primary mode of transportation for this “new normal.” According to Nolisoli, it’s championed as an “ideal alternative” for its efficiency, affordability and sustainability.

But do we have enough reasons to make biking our main mode of transport during this time? Or is it only a band-aid solution? Just this month, a security guard passed away while biking on the way home from Quezon City to Antipolo—a usual activity of his since quarantine began. He was suspected to have died of a stroke.

To determine biking’s role during the pandemic, we asked young experts and advocates on their stand. With their pitches, we also envision our transportation situation in the long run.

“[Using bikes] has proven to reduce our carbon footprint and uplift our mental health,” says Andrea Lopez, communications manager of Makesense Philippines. A non-profit organization, Makesense is dedicated to enabling citizens for social impact and urban sustainability. Meanwhile, Arnalie Vicario, a bike-to-work advocate and commuter since 2017, mentions the same pros. She also adds that bikes are cheaper and low maintenance. “A single car parking slot can accommodate at least 10 bikes!” she says.

According to city betterment-driven group People Make Cities, walking and biking are more inclusive ways to support mobility. “In an economic crisis, people have less disposable income for transportation,” they remind us. Aside from mental health, the sport also boosts our physical health, which is important in an anxiety-inducing season.

Cities from around the world are already turning to bikes as they fill the public transport’s gap. During quarantine, “there will be limited public transport capacity, so we need alternative ways to move large amounts of people,” PMC explains.

“You need to have safe roads that can accommodate them, a broader city plan that can assure safety and sustainability, and a road culture that doesn’t treat bike riders as second-rate citizens—things we currently don’t see.”

Though Lopez sees bikes as the main mode in an ideal world, she also says we need to think multiplatform if we want it to be sustainable. “You need to have safe roads that can accommodate them, a broader city plan that can assure safety and sustainability, and a road culture that doesn’t treat bike riders as second-rate citizens—things we currently don’t see,” she says. “For one, using bikes won’t meet the needs of say, PWDs, elderly or pregnant people.”

Though biking is a good step forward, 2019 civil engineering board topnotcher Engr. Ralph Nono believes that the government should work on it more to see its impact on our transportation problems. “[They] should build around this idea and create an infrastructure that will be friendly and convenient towards bicycle riders. As long as we have lawmakers, rules, and roads that heavily cater to private vehicle consumption, our goal of a bicycle riding society is still far off,” he says.

Lopez brings up the pitch of AltMobility, a group of policy advocates for sustainable and inclusive transport. It involves “contracting PUVs and buses that follow anti-COVID19 measures, then slowly working on an urban plan that incorporates walking and cycling as major components of daily transport.” It will also encourage citizens to lend and share bikes, “adopting programs to enable minorities like what Accessiwheels is doing.”

Aside from fighting for more bicycle infrastructure, People Make Cities proposes a three-step guide towards better bike networks: Protected bike lanes (four to six lanes on national and local roads, under 60kpH, with three-meter width to accommodate two bicycles side by side); “slow streets” (one to two lanes; under 20kpH; bikes and pedestrians are given priority access); and “people streets” (at least two lanes; under 20kpH, no through traffic allowed; “only residents are allowed to access with vehicles”).

“Bike lanes wouldn’t be necessary if everyone will share the road and if the government will promote it by providing support not just for cars, but also for cyclists.”

For Vicario, cycling is a sustainable solution given that there is infrastructure support. This means secured bike parking, water refilling stations, shower areas in offices, among others. What about bike lanes? “[They] wouldn’t be necessary if everyone will share the road and if the government will promote it by providing support not just for cars, but also for cyclists.”

However, in COVID-19’s context, Vicario thinks that bikes are used for survival and not sustainability—which makes it a band-aid solution. “To provide infrastructure support that will make biking not just for survival during a pandemic, but as an alternative mode of transportation for the masses” is her solution.

“A street is often thought [of] as a surface to move vehicles from one place to another when in fact streets are dynamic public places for all.”

Apart from detailed and technical plans, People Make Cities wants us to change our perspective. “Bicycle infrastructure is neither costly nor particularly complicated. So why haven’t we done it widely?” they probe. “The problem is we still haven’t shifted the way we see a street. A street is often thought [of] as a surface to move vehicles from one place to another when in fact streets are dynamic public places for all. Streets make up 80% of public space in a city. So when we transform our streets, we transform our cities.”

What’s a sign of a sustainable transportation system? Engr. Nono says, “when the upper-class citizens prefer to use our public mass transportation rather than their own private vehicles.” To reach this, he thinks more transportation infrastructure—focused on capacity, convenience and comfort—should be built. This includes increasing our mass transport units to service our dense population.

“No matter how many ideas we come up with, as long as our government builds around the idea of a private vehicle-centric world, and does not aggressively implement actions to improve our public transportation system, the dream of a sustainable transportation system is still far away.”

However, he wants us to remember, “No matter how many ideas we come up with, as long as our government builds around the idea of a private vehicle-centric world, and does not aggressively implement actions to improve our public transportation system, the dream of a sustainable transportation system is still far away.” With this, he adds, “It’s important for us to be aware that the solution needs to start from the actions of the government, and not its people.”

It ain’t a “Counter-Strike” spin-off, however

SHAREAh, the mask—our first line of defense from the horrors of the virus....

SHARENo matter how much you love your job, there will come a time...