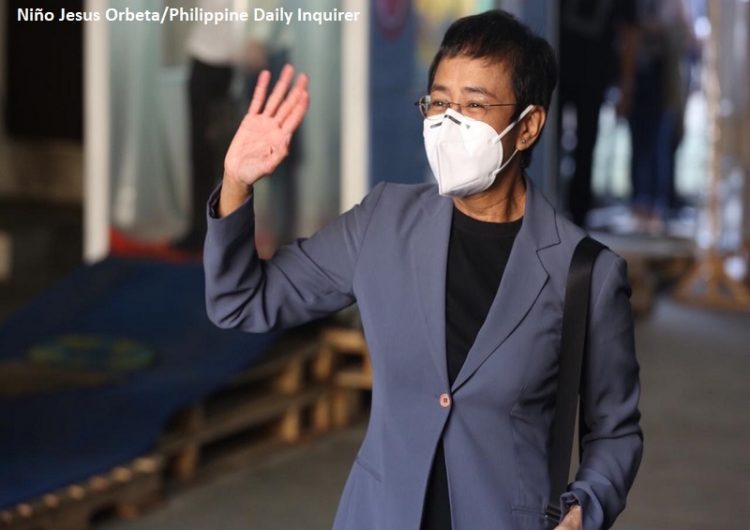 Rappler reports that the court sentenced Ressa and Santos to jail time of six months and one day up to six years, and ordered them to pay P200,000 each in moral damages and another P200,000 in exemplary damages.

Judge Rainelda Estacio-Montesa ruled that Ressa and Santos are guilty of violating Republic Act 10175 or the Cybercrime Prevention Act. The decision stems from an article by Santos on May 29, 2012. (The cybercrime law was not enacted until September 2012.)

In their indictment in February 2019, the Department of Justice (DOJ) admitted that the 2012 article is not covered by the law. However, DOJ’s resolution called that the article was “republished” on Feb. 19, 2014. This means that the law applies to the story, with DOJ even citing a 1988 case under the “multiple publication rule:” “a single defamatory statement, if published several times, would lead to as many offenses as there are publications.”

Rappler countered this, stating that the rule only applies to print and not online media. If anything, the only difference between the two versions of the article was changing “evation” to “evasion.”

Businessman Wilfredo Keng accused Ressa and Santos of defaming him in the 2012 article, which reveals that Supreme Court Chief Justice Renato Corona—who was facing an impeachment trial at that time—uses luxury vehicles owned by certain personalities, ABS-CBN says. Based on an intelligence report Santos cited, one of them is Keng—who was allegedly tied to human trafficking and drug smuggling. Keng denied these allegations.

News website Rappler said the guilty verdict is a dangerous precedent not only for journalists but for everyone online.

Ressa has been an outspoken critic of President Duterte, particularly the war on drugs. In an interview with The New York Times, she calls this decision an attempt to silence Rappler: “Corrupt, coerce, co-opt. You’re with us or against us.” The Guardian reports Ressa’s words in the press conference: “Freedom of the press is the foundation of every single right you have as a Filipino citizen. If we can’t hold power to account, we can’t do anything.”

Several groups have called the decision a huge blow to local press freedom. Atty. Marichu Lambino of UP College of Mass Communication says, “For the first time, the prescriptive period of libel law—which is one year—has been totally disregarded. Instead, an old law is being used.”

She adds, “Even if an article is no longer in your news page or your archives, as long as it appears in the search results, they can sue the person or the publication,” which guarantees far-reaching, alarming implications. Now, the burning question: What constitutes cyber-libel now? Are vague laws becoming a thing?

This threat to our democracy may have just exposed the failure of our justice system. If it can intimidate a veteran journalist, what more ordinary citizens like us? Silencing the press is silencing the people—and the Anti-Terrorism Bill hasn’t even been passed yet.