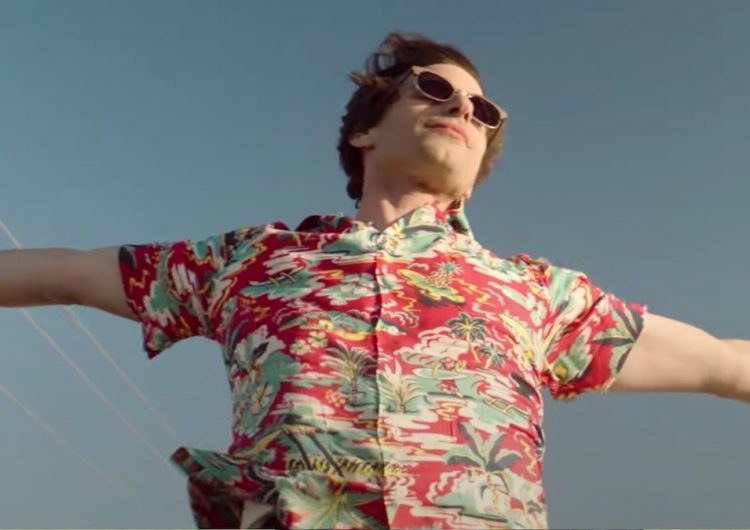 Is this déjà vu? No, it’s “Palm Springs.” Time loop movies are a big deal since “Groundhog Day” hit the scene, but the Andy Samberg-led flick takes it to a rom-com, Lonely Island turn.

The time loop comedy became cinema’s talk of the town during this year’s Sundance Film Festival when it sold to Neon and Hulu in a deal reportedly worth $17,500,000.69. Yes, you read it right: “Palm Springs” broke the previous sales record for the highest-valued festival film by 69 cents (insert compulsory LOL here).

What’s the big deal, you ask? With the trailer freshly out, we can finally see a glimpse of the record-breaking movie. “Palm Springs” follows Nyles (Andy Samberg) and Sarah (Cristin Milioti) in a meet-cute—rom-com style—at a Palm Springs wedding. Things take a surrealist twist when they find themselves stuck in a time loop, unable to escape the venue and each other.

“This definitely is a little bit different than a normal wedding rom-com,” Samberg says to Entertainment Weekly. “[Nyles is] a very laid-back character, seemingly. He’s been dragged to this wedding by his girlfriend, and he doesn’t really know anyone and he’s kind of miserable, which is where we kick off.”

Read more:
‘Train to Busan Presents: Peninsula’ actually looks pretty good (for a sequel)
Internet’s fave cop show donates $100k to #BlackLivesMatter
This ASMR horror short will have you looking over your shoulder

SHARELooking at a movie poster is an experience in and of itself. Calling...

SHAREYesterday I was on my way home in my Uber, listening to Migos...