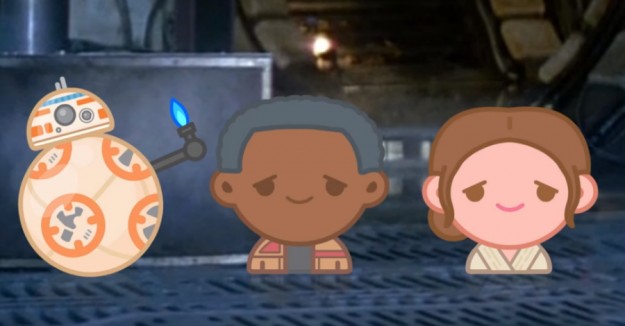 As a prelude to this year’s Star Wars day, fans have released an emoji-fied version of The Force Awakens. The three minute clip adorably captures the essence of J.J. Abrams’ 2-hour saga. It even captures Kylo Ren’s moments of rage and an interesting use of the Millennium Falcon’s hyperspace drive.  The video is the latest installment in Disney Interactive Media’s “As Told by Emojis” series, which puts a similar emoji twist on other Disney properties like Frozen.

Watch the video below and may the force be with you.

SHAREWarning: This contains spoilers to the “Avengers” series, “Game of Thrones,” “Grey’s Anatomy,”...

SHAREIt’s graduation season again. That means our feeds are going to be full...