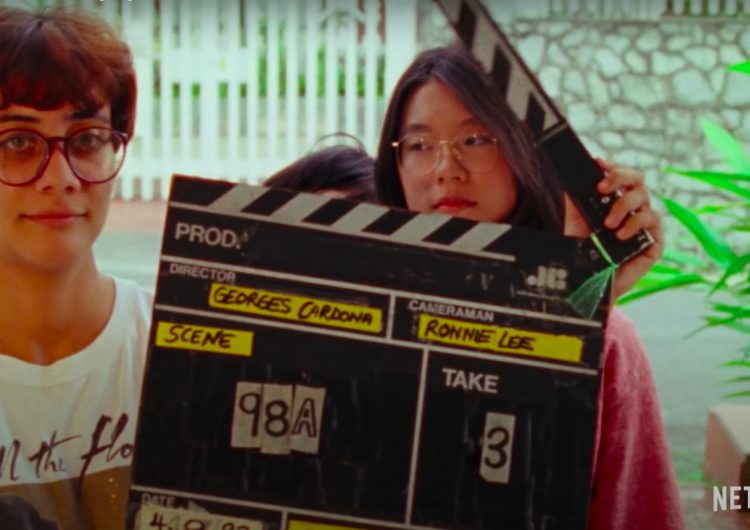 I had a hard time coming up with a title for this list. Though there isn’t a specific genre we can coin for it, I know some films are meant to be our escape portals when we need to break away from monotony, feel a little more, or just bring us back to ourselves when burnout fucks us up. When we’re on EP 23 of 2020: The Dystopian Series, who isn’t tired?

It’s easy to disconnect, but films can do the extreme sport of reconnecting to emotions for us. we’re doing the extreme sport of reconnecting with your emotions for you. If we run out of energy, here’s a list of films that could help us see the world a little differently. Unique storylines, memorable characters and hard-hitting themes? Give us everything. Is this a sequel to our list of films for a good cry? Possibly.

Like a bright-eyed 18-year-old, Sandi Tan wanted to make a movie more than anything in the world. In the summer of 1992 in Singapore, she did start this David Lynch-campy road movie with her friends. But this isn’t the same film you can stream on Netflix, especially since their enigmatic mentor-director—an American named Georges Cardona—suddenly vanished with their footage.

So, what happened in “Shirkers?” If you love cinema, reclamation stories (and metafilms), consider this captivating and haunting documentary your next fave. Superhero films could never.

Nuanced and heartfelt, this Japanese cinema classic is peak poetry. “Tokyo Story” follows elderly Shukishi and his wife Tomi on a trip from their small seaside village to Tokyo where their children live.

Since their kids Koichi and Shige don’t have much time to keep them company (blame adulthood), the responsibility gets passed on to Noriko—the widow of the couple’s youngest son who was killed in the war. Prepare your headspace, ‘cause no other film captures loneliness like this.

Can a story about a detached body part throw your emotions around? The answer is: why not? A literal self-discovery film, “I Lost My Body” tells the story of a cut-off hand that escapes from a dissection lab.

As it searches around Paris to reunite with its owner, it remembers its past life—err, its owner’s past life—which includes a girl he’s in love with. The soundtrack may or may not trigger 3 a.m. tweets.

If you’re not a Nawapol fan yet, this short film will do the trick. Since this runs for only seven minutes, I’d rather stop here and say nothing but: Don’t miss it. This is a life cleanser, a digital miracle and a beautiful love letter to time.

It’s no wonder “The Truman Show” is the favorite Jim Carrey movie of your friend, your friend’s friend and your friend’s enemy’s friend. A real fever dream, this focuses on Truman Burbank, the star of “The Truman Show.” He spends his life in a 24-hour-a-day reality show, with cameras documenting his every move. This insurance salesman is oblivious to what’s happening—including his family members being actors themselves.

Yes, it’s anxiety-inducing, but it’s a good watch if you need to be reminded that not everything you see is what you get. Watch out for its commentaries that’ll have you re-inspecting your life consciously. Now, isn’t life a movie?

Dig the multigenre madness of “Parasite?” Well then, “Memories of Matsuko” will take you to a huge ass Trip™. While combining the belongings of her deceased aunt Matsuko, Sho completes the puzzle that surrounds the tragic turn of her aunt’s life.

The oversaturation, radical characters, unorthodox storytelling and crazy camera work scream chaotic good and before you know it, you’re not the same person anymore.

If you’re in search of underrated local gems, here’s “Blue Bustamante.” It perfectly captures that ‘90s afternoon anime warmth and nostalgia about fleeting things. Unpretentious and chill, this tells the story of an OFW father who ends up playing a superhero role in a Japanese TV show.

Though it starts slow and simple, you’ll suddenly find yourself in a heartwarming and complex discourse. Who doesn’t love a well-crafted comedy film?

This romance flick may be a hit or miss, but you can’t deny this is something else. “Comet” follows a skeptical man and a quick-witted woman in alternating timelines, deciphering what love is, with a meteor shower witnessing their conversations.

The stunning cinematography and A+ soundtrack might not help with your frustration exactly. But come to think of it, maybe they’re just letting us wear the characters’ shoes.

Everyone’s gateway film to French cinema deserves screen time forever. This effortlessly magical story follows shy Amelie, who serves as a do-gooder to everyone she meets. One day, she encounters someone who’ll change the course of her life.

“Amelie” remains the most magical case study on being human in an unpredictable world. Every little detail that happens in this film? Just pure chef’s kiss.

“And So We Put Goldfish in the Pool”
Dir. Makoto Nagahisa

In 28 minutes, this Sundance winner pushes you into a pool of teen angst and lets you drown a bit, but you’ll end up learning how to swim in the end. What’s beyond the facade of 15-year-old girls? Through its stylistic and experimental storytelling, you’ll know everything.

SHAREHere’s a treat for sci-fi fans: Vanity Fair has dropped exclusive photos of...