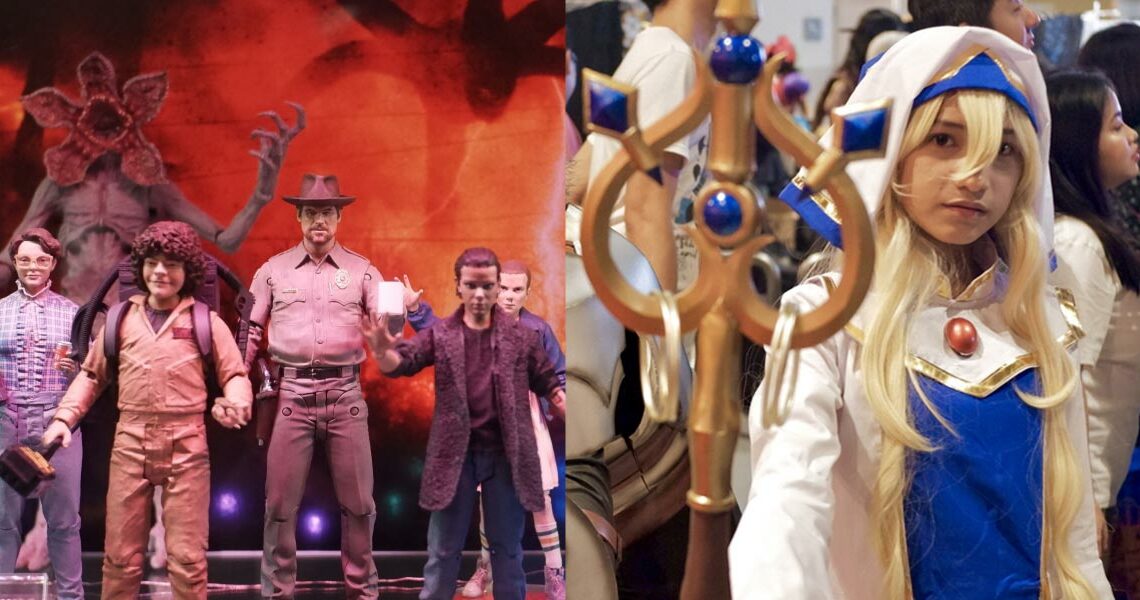 For long-time TOYCON fans, it’s no secret that Voltes V holds a special place in this convention’s heart. This iconic robot has never missed a spot among the collage of colorful characters on TOYCON’s poster since the very start, and on special milestone years it has even become the central symbol of the show, with the huge Voltes V statue in 2016 when the convention was first moved to the SMX Convention Center in Pasay, the fleet of Voltes V ships gracing the event’s 2017 merchandise, and TOYCON’s launch of the Tamashii Nations Super Electromagnetic Machine VOLTES V, Bandai Spirits DLX Soul of Chogokin in 2020.

It’s been too long since the community of pop culture fans and collectors has come together since the pandemic struck. For many, this long drought without any gathering to celebrate the common love for all things creative, innovative, and collectible has gone on way too long. And so with the effects of COVID winding down, TOYCON fans can finally come home.

And this year, in the organization’s 19th year of holding an onsite convention, Voltes V takes center stage again as part of a promise made by their event partner, Quiccs, back in 2019 to launch his trademark TEQ-63 in unmistakable Voltes V style only at TOYCON! And this year, in partnership with TOEI Co. Ltd. Telesuccess, the TEQ-63 is finally ready to launch! At the heart of the Voltes V story is a tale of a family divided, of struggles suffered and surpassed, but ultimately a reunion of love. That is really what TOYCON is about too, isn’t it? It’s a yearly reunion, and for this year it’s a homecoming, as fans can once more return to the place where it all started.

TOYCON started out as a gathering of people of like minds, and this year as it has been every year, it is a collaboration of many to put together the biggest pop culture event in the country and in South East Asia. It is an alliance, which this year, goes back to its roots, as the organizers hold a TOYCON which feels familiar but still is the cutting-edge show it has been which other shows have imitated but never duplicated.

TOYCON’s highlights this year will include:

What’s new for this year’s convention?

Come home to a very familiar, yet still a whole new playground as the TOYCON PH 2022 happens on July 8 to 10, 2022 at Megatrade Halls, 5/F of the SM Megamall Building B. The event is organized by VLAC Event Management Inc and co-presented by Lazada and Smart Signature.

Tickets are available online at SMTickets.com and the TOYCON 2022 store on Lazada.

SHAREThe real question is: what do we not have for you in our...

SHAREHours after the Anti-Terrorism Bill was approved on second reading by the House...

Are James Reid and Liza Soberano prepping for a K-pop collab?