Want to know the state of our nation? Go online with Cinemalaya 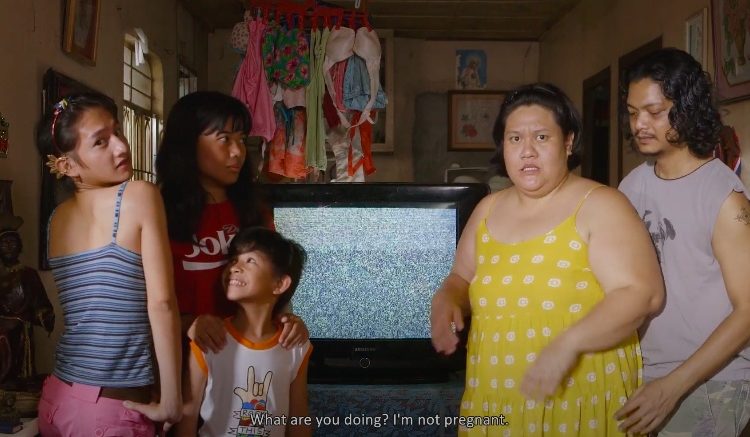 While we can’t line up at the halls of the Cultural Center of the Philippines and scour for Cinemalaya merchandise this year, the festival won’t fall short on serving compelling (and unapologetically real) narratives in its first online run.

Happening from Aug. 7 to 16, Cinemalaya 2020 will stream 10 short films from across the country—and we’re already pumped up after seeing the trailers. Here’s a knee-deep preview of stories about contractualization, trauma, religion and the real state of our nation.

A potential tearjerker, LGBTQ+ film “Ang Gasgas na Plaka Ni Lolo Bert” tells the story of two individuals who share the love language of music. The adventure starts when Lolo Bert, a 60-something PLHIV (People Living with HIV), finds love in a rather unlikely place. With Cinemalaya veterans Dido de la Paz and Soliman Cruz on board, we’re already sensing a powerhouse performance.

“They joked and said Yolanda was a girl left behind by her lover,” begins the trailer of “Ang Pagpakalma sa Unos.” Built around vivid cinematography and soundscapes, the film dissects the aftermath of a typhoon and finds a somber community in its wake, weaving together myths to help them cope with the devastation and trauma. What’s apparent? Casualties aren’t mere statistics.

Okay, we admit it: We’re already bopping our heads to the music. “Excuse Me Miss, Miss, Miss” is a narrative on the plight of contractual workers in the Philippines. However, an employee named Vangie discovers the secret to regularization. Fun fact: Arden Rod Condez, writer-director of Cinemalaya 2019’s best picture “John Denver Trending,” wrote the screenplay.

Just watching the trailer already takes us on a trip. With its unorthodox framing and intimate tone, interactive film “Fatigued” could possibly sashay away the sleep paralysis demons that visit us daily. Or, you know, just let us breathe. That thing’s rare these days.

How could a one-minute trailer unfold a hundred emotions? Shot using a smartphone, “Living Things” follows two adults exploring their neighborhood while throwing questions to each other. We’re seeing a probably introspective slow burn that tackles the mundanity of life—and questions we didn’t know could be difficult to answer.

We always love a unique plot. Trapped inside a television that fell from the sky, 1950s showbiz star Laura Blancaflor is saved from the flames by an Indigenous person named Limmayug. With different eras and languages, the two try to engage with each other—leading to an interesting arc.

The Mayon Volcano feels like a major witness in “Pabasa Kan Pasyon.” Set during the Lenten season, this film tells how religion and economy play a role in a Bicolano family. Eventually, a family member turns to religion and pushes his mother to make a living off her faith just to make ends meet.

This father-and-son story finds the ocean not only as a source of livelihood but as the major character in their lives. “Utwas” appeals to the audience through Toto who learns to fish like his father, but later on encounters dynamite fishers.

Seemingly warm and nostalgic, “Quing Lalam Ning Aldo” follows a transgender sampaguita farmer who decides to renovate their neglected kitchen upon knowing that her son is heading home. The next question is: Will it turn out the way she expects it to be?

Still from “The Slums”

SHARE We all have that one book that we once thought we’d read,...