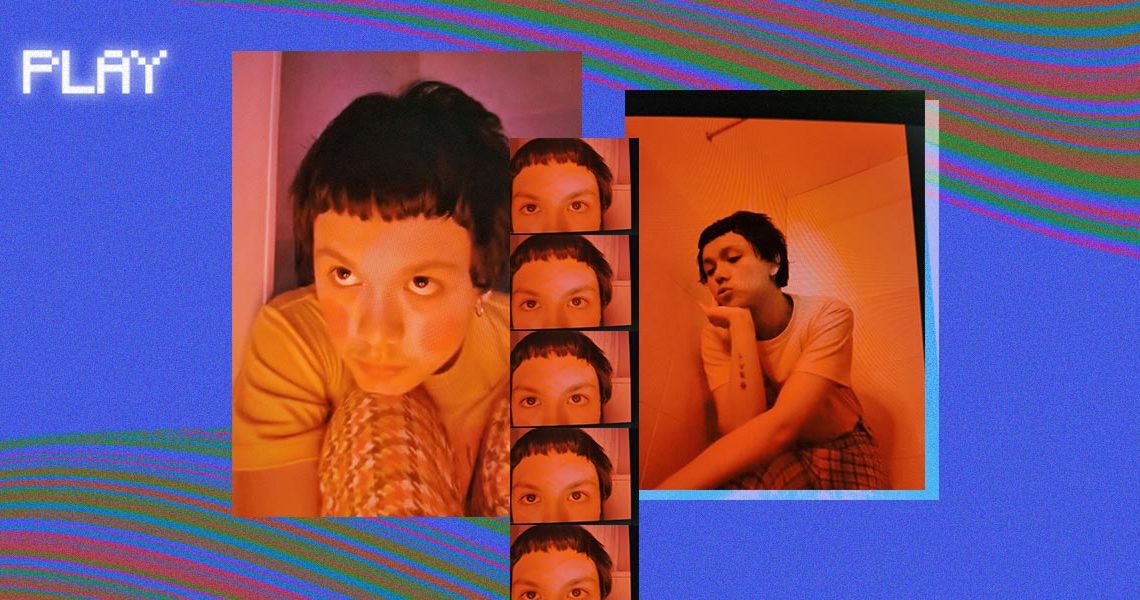 SCOUT Friday Picks is our dedicated column on music, with a focus on familiar faces and new, young voices. For recommendations on who you want us to feature next, send us an email titled “SCOUT FRIDAY PICKS” to [email protected]

“Pathetic,” I tell myself as I stop the birth of another Instagram story from my profile. It’s not because I’ve already—in the words of Embarrassing Facebook Era—“flooded” my thread but because I keep posting the same old shit.

From last year’s live shows to pre-Christmas hangouts with my friends, I’ve exhausted all that my Instagram archives could offer. But that’s just the tip of the iceberg. Outside these are silent lurkings in old photo albums (yup, the physical dusty ones), high school memorabilia and even YouTube, the virtual brewing pot of uninvited feelings.

Whether I like it or not, I find myself playing music videos that make up my childhood—an overview of what looks like the “better time.” And as I scroll the comments section, I see people agreeing that this was the “better time,” their comments garnering thousands of likes because yeah, people have been coping with isolation by returning to old things.

All it takes is to scroll. And doing so on Instagram also makes us realize that we’re not the only ones fixated on archives.

I guess this is the case for many people—including Zild Benitez.

But no, I have no proof that Zild jumps to Y2K MVs and rummages through his high school files if he’s not engrossed in this year’s terrible news. But his first solo album, “‘Homework’ Machine,” does the same: Archiving our pent-up isolation feels like a history book of the future. Only in this case, it’s a series of pandemic anthems with a chiptune melody inspired by video games of the past. 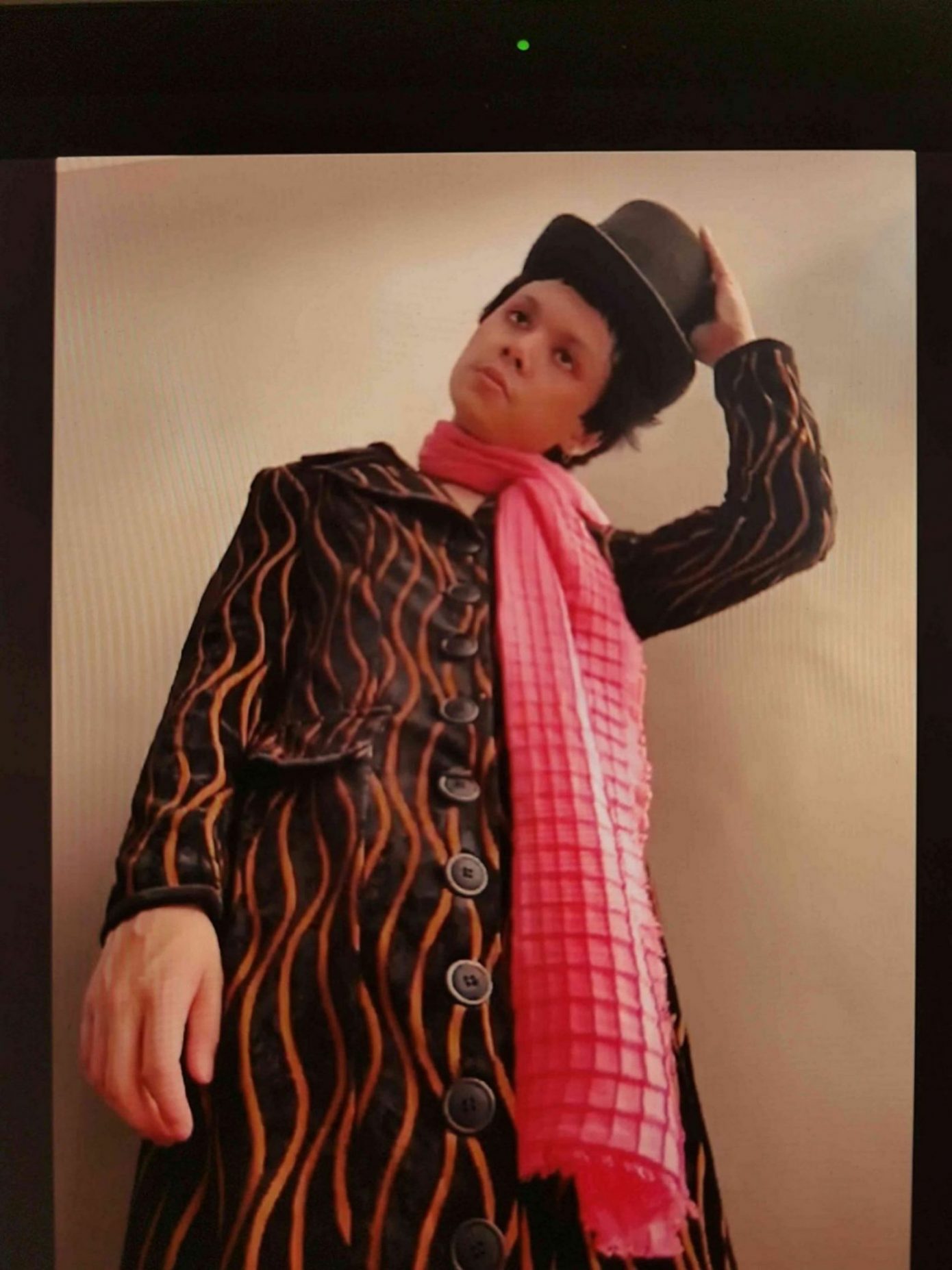 Playing like an animated diary of our quarantined selves, his lyrics also speak of the reality of what’s out there—friends, critics, love, change. Do we long for them? Do we feel empty? We might have been physically isolated for so long, but our thoughts still wander around our familiar realities.

For most of us, quarantine means finding the difference between liking and loving what’s familiar. Think of the film  “Lady Bird.” These days, we’ve learned that liking our house, family and even our personal space is essential to survival—even though we already love them to bits. Zild’s “‘Homework’ Machine” validates it.

This quarantine feels like never-ending sleep paralysis. But “‘Homework’ Machine” wakes us up just in time. Its music can stay in my head rent-free, but I’d pay to live in its world. For our #SCOUTFridayPicks, we pick Zild’s brain on what this album means to him. 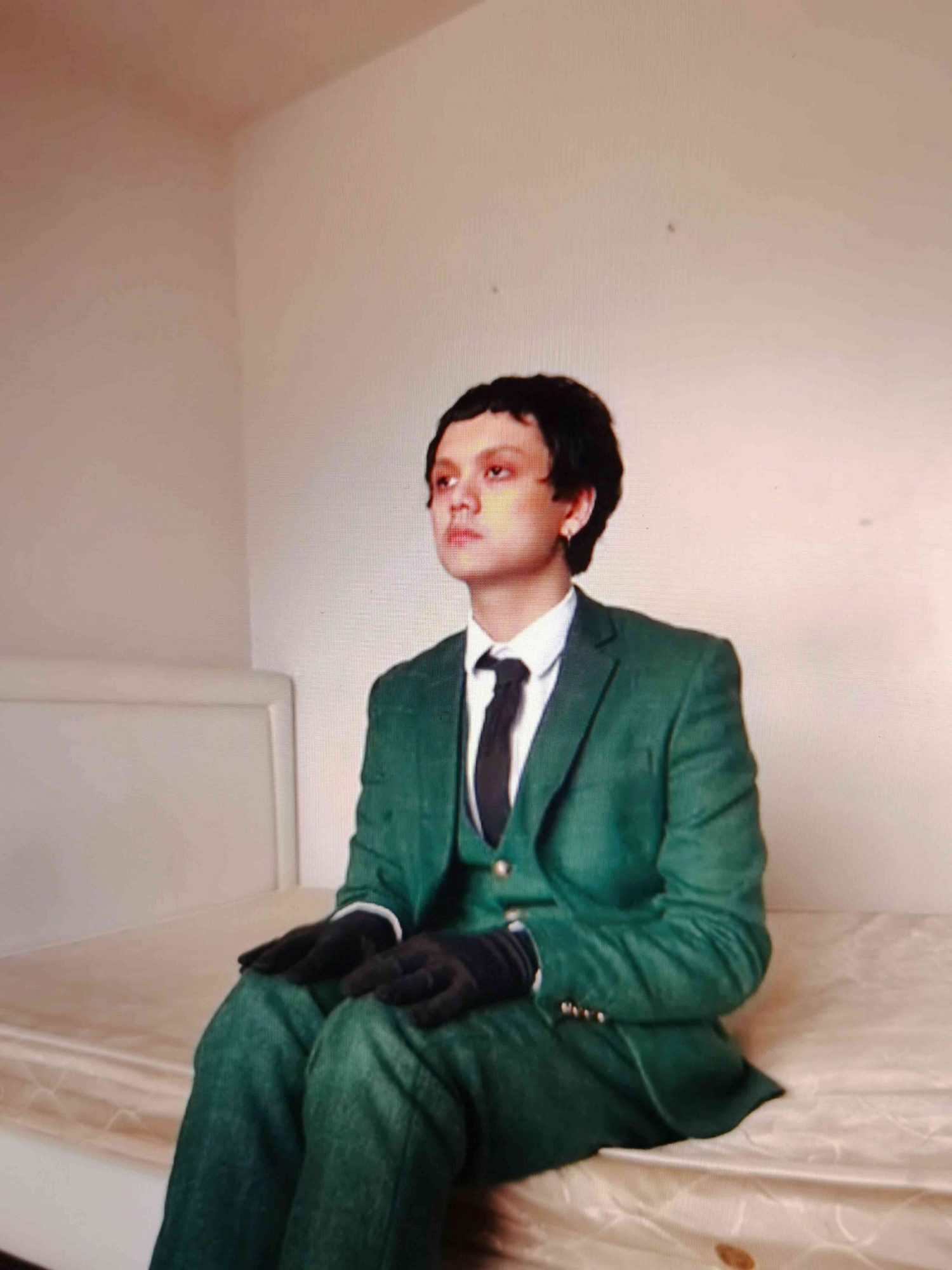 What made you want to create “‘Homework’ Machine?”
“‘Homework’ Machine” is an impulsive project. The idea of the record is to use childish/chiptune sounds while writing about the experiences and stories I’ve been imagining that I’m having during quarantine. Just like any homework, I made a deadline for this record and the goal was to release it after three months of making it. It’s literally just a snapshot of my life. I guess it’s also another way to keep myself sane during self-isolation.

Describe your headspace while working on “‘Homework’ Machine.”
It’s like playing tug of war with myself. It’s outside my comfort zone. The hardest part of making this record is deciding on small details and these little things always direct this record to another path. There were times when it felt like a rescue for me while I’m stuck alone on an island or in chaos during an apocalypse. It’s not easy but it’s a way of releasing my emotions that I’m dealing with for a long time.

Were there specific music you listened to, books you read or shows you watched while in the process of making this album?
Lately, I’ve been listening to a lot of Bjork, The Unicorns, Rina Sawayama and Phoebe Bridgers. Some of the books I read during my process are “Fahrenheit 451” by Ray Bradbury, “The Kite Runner” by Khaled Hosseini, “Kung Alam N’yo Lang” by Ricky Lee, and “Walong Diwata Ng Pagkahulog” by Edgar Calabia Samar.

How is this album different from the music you create with IV of Spades?
The songs in this album are less guitar-driven, more loop-based and heavily stacked by kiddie synthesizers. 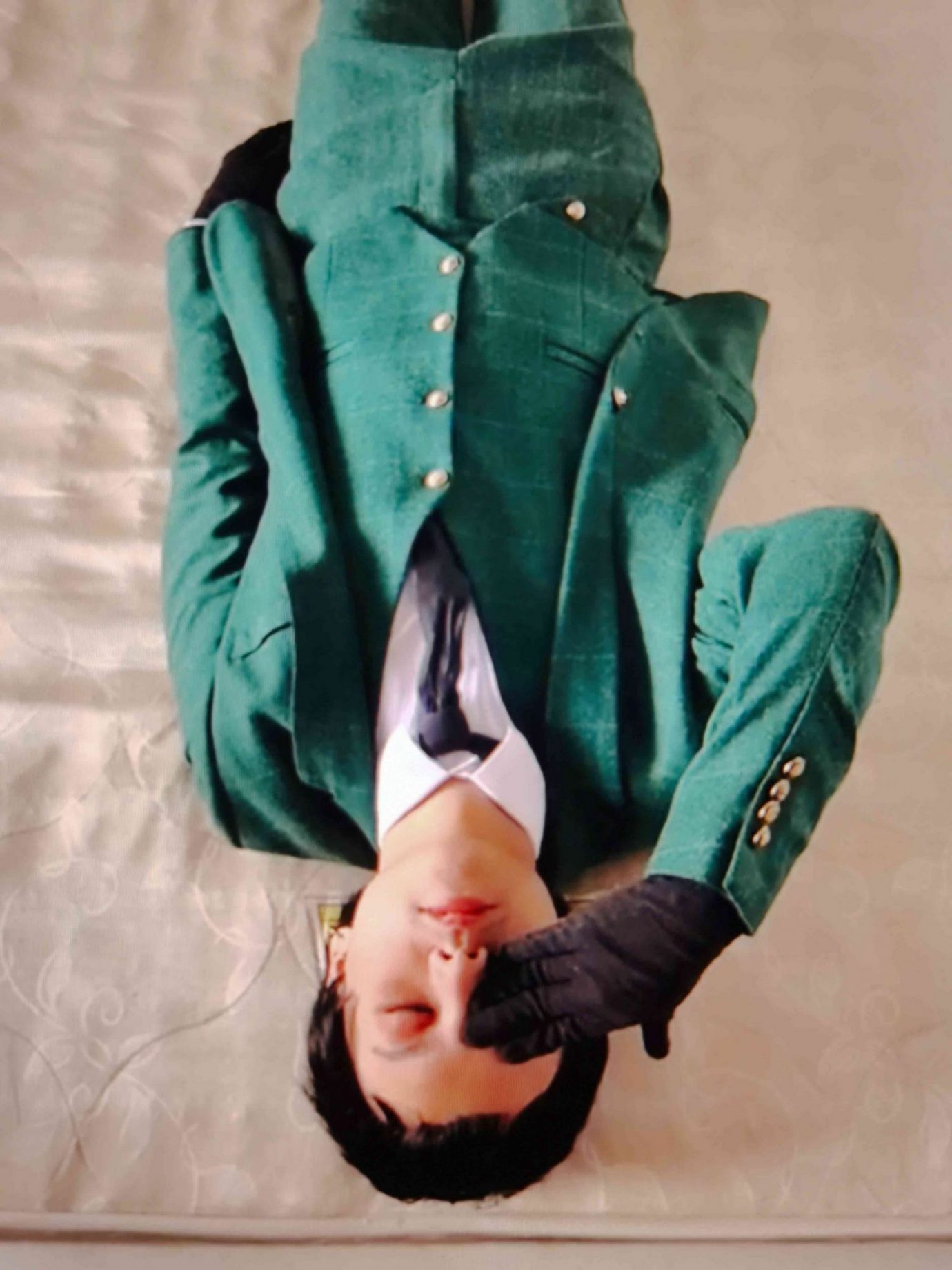 Are you planning on brewing more solo projects in the future? If yes, would this influence your participation in IV of Spades in any way?
Maybe. I don’t know. I’m not planning anything in a while since things are really uncertain. This record is unplanned; the things that we’ve been planning since last year didn’t happen.

Aside from the album, you’ve also made music videos for your solo tracks and IV of Spades. What is it like making creative output during quarantine?
It’s fun. I think limitation can be an inspiration for creativity. The more you limit yourself from certain things, [the more] you’re gonna find some ways to execute it with a different approach. Also, I’ve been working a lot with [director and editor] Daniel Aguilar for the videos and it feels like we’re back in high school again. 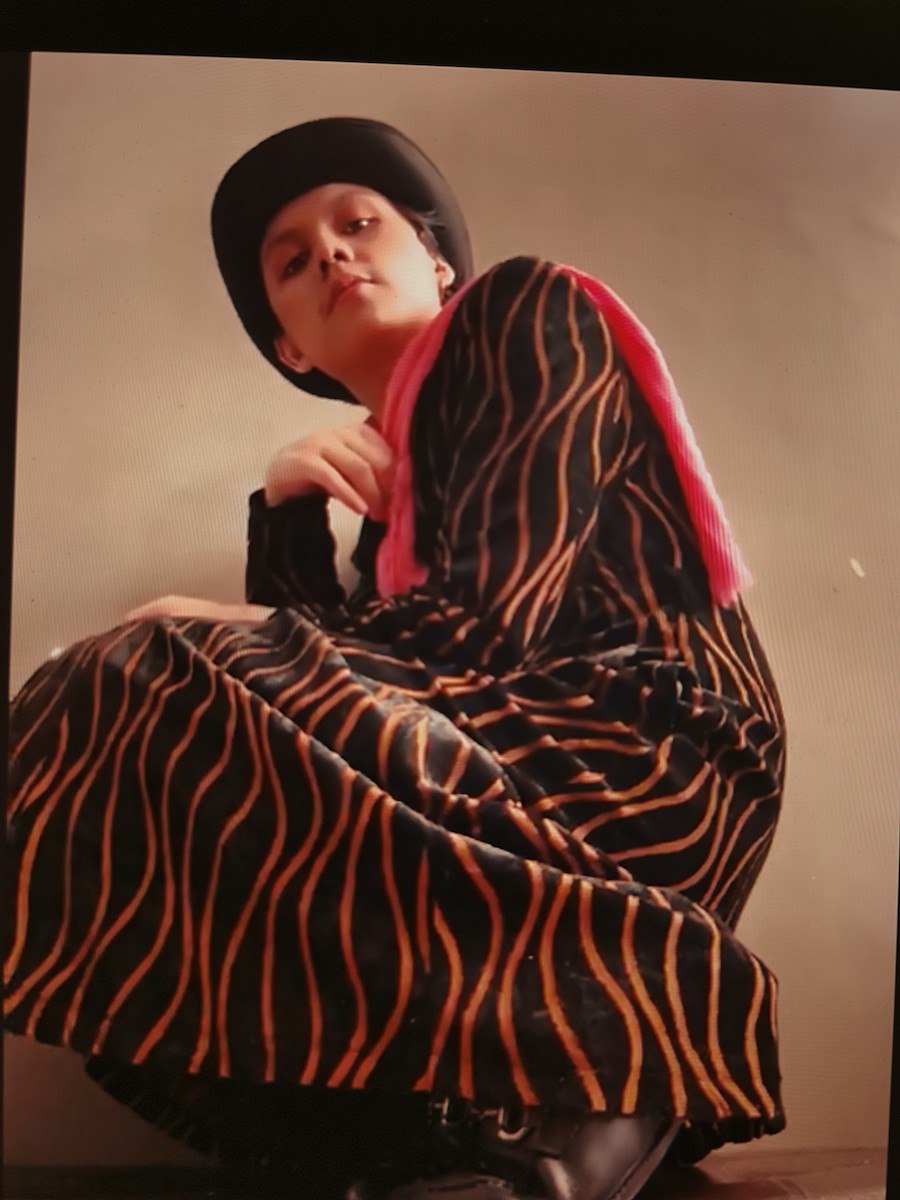 We’re curious—did Blaster and Badjao listen to the album before its release? What do they think about it?
No. I really tried avoiding any people to give any input on this record. I don’t know if they’ll like it. Lmao.

How do you stay afloat during isolation?
Since I’m done finishing a record, I don’t really know what I’m going to do next. I will still try to create music but I do not know yet if it’s going to be for my solo project, the band or other side projects. I will try to rest if I have to and speak up for things that should be discussed.

We’re beyond halfway through 2020 and it looks like we’ll be stuck in this situation for months. What are the things you won’t forget from this experience (and you hope other people will remember, too)?
There are so many things to remember. Recently, I saw an ostrich running around Quezon City. 2020 is the year of unpredictability. Hopefully soon, the alligators will be put behind bars. Never forget.