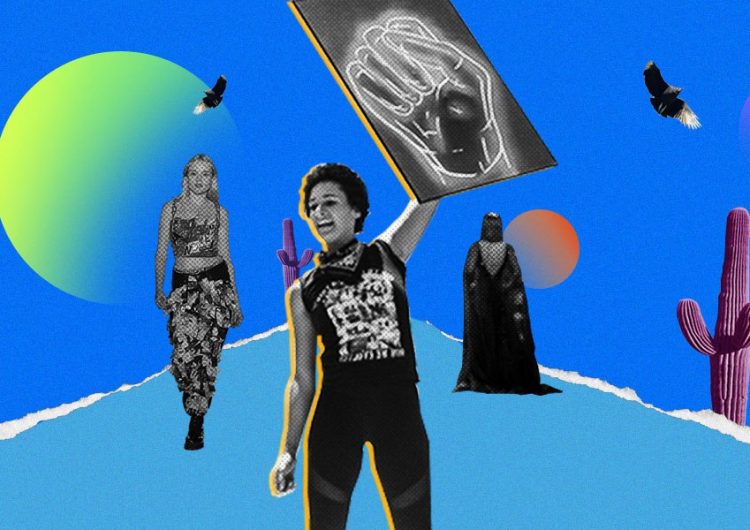 We’ve said it before, but it still rings true: Art is always political. But in other cases, it can cross the line between good intention and plain glamorization.

At its center are fashion houses and events today that spin society’s civil rights movements into wearable pieces. It’s the case for Philippine Fashion Week which recently shared an editorial spread inspired by the Black Lives Matter movement.

The shots feature a model with a long scarf draped around him, featuring three words in block letters: “I can’t breathe.” They’re the last words spoken by George Floyd, the African-American man choked and killed by a white police officer (The fact that these words are worn around the model’s neck is just dark, dark irony).

Other shots include the hashtag #BlackLivesMatter on eyewear and the letters “BLM” written above the model’s eyebrow. They made it a point to pay tribute to the lives lost by featuring their names, but it falls right into the traps that the fashion industry easily surrenders to: Where does support end and romanticization begin? And if these were supposedly done with good intent, why center on something “foreign” when so many other issues are plaguing the country?

Several Twitter users expressed the spread’s “poor taste” and “insensitivity,” pointing out a disregard for our country’s own issues, while “trivializing” the Black Lives Matter movement too.

There are many layers to this whole Philippine Fashion Week fiasco. There’s the matter of doing it for the aesthetic, the clicks and the odd desire to be seen as “woke” because of recent internet culture. It’s activism without the actual “act” involved—the same reason why Virgil Abloh received flak for a $400 hoodie that said “I support black businesses,” while only donating $50 to the actual cause.

On another point, a spread such as this sticks like a sore thumb in the face of our local landscape.

Where does support end and romanticization begin? And if these were supposedly done with good intent, why center on something “foreign” when so many other issues are plaguing the country?

Racial injustice exists beyond America, but we shouldn’t shrug off the long history of oppression that happens right in our cities; be it poverty, extrajudicial killings and the condition of Indigenous people. On the same note, by tackling this movement without Black voices behind them is taking away from their story too, as they’re the ones who should rightfully steer their narrative—just as how we Filipinos should steer ours.

As artists, how do we rightfully tackle social issues in art like this? Take some cues from a dictionary full of clichés: Talk the talk and let actions do it too. Donate to the cause, link to petitions and amplify the voices who should speak. But at the root of it all—take a good look at what’s in front of you first.

Read more:
Bookmark this resource master list on today’s social issues
An open letter to the hypocrites on my feed