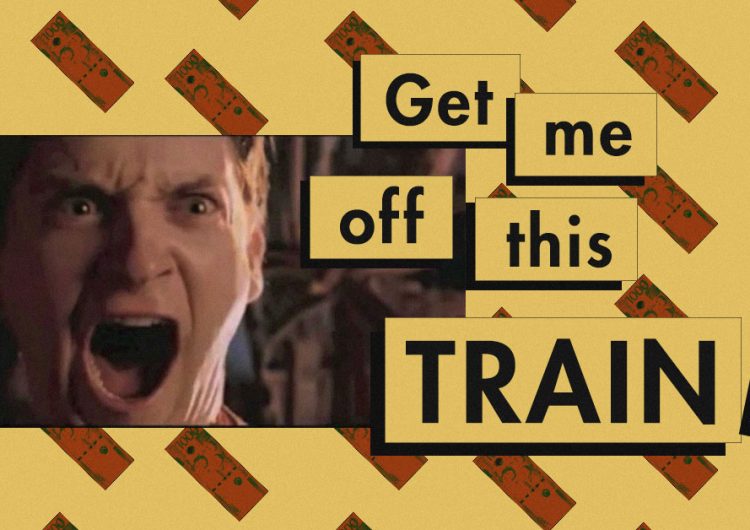 That thing you heard about nothing in life being certain except for death and taxes is now proving true once again, as now a matter of national concern. As we begin what we hope to be a much better year of our depressing modern lives, all the country is abuzz about is the Tax Reform for Acceleration and Inclusion law (hereby known as TRAIN)—simply because it affects us in ways both good and bad.

Fortunately, the government wants to help you visualize how much more sense the whole thing will make and how much more money you’ll get every payday with their handy-dandy official Department of Finance tax calculator, at the conveniently-named taxcalculator.ph.

For those still catching up to the whole thing, here’s the good news: for almost anyone reading this who’s already adulting and making their own money, you get to make a little bit more of it. For those who aren’t adulting yet, here’s a little explainer—the actual money the rest of us make during payday is not the full amount we were promised when we took our jobs, mostly because the company withholds some of it to pay our income taxes.

And for the rest of the country who are already struggling, things are going to get tougher.

So under the new law, those who make under P250,000 a year are exempt from these income taxes. Otherwise, the income tax rate for everyone save for the 0.1% richest people in the country go down, meaning you get to take home more cash.

The bad news is that the government will be raising taxes on oil and sugary drinks. Their official reason is because they’re worried about the environment and people’s health, but take a minute to consider how broad the impact of those taxes will be. You’re taxing gas, which means higher gas prices—it doesn’t just affect private transportation, but also public transportation. Your jeeps, buses, taxis, Ubers and Grabs will have to hike the minimum fare just to make ends meet. Hell, your plane tickets will go up because planes need fuel too. Doing this without pushing cleaner and renewable energy sources is pretty much financial murder.

And then there’s the sugar tax. You may think that they’re mostly targeting softdrinks, and while that’s not a bad enemy to take aim at, you’ve got to remember that a lot of drinks have sugar. It’s not just the stuff you pull from a convenience store fridge that’s gonna get more expensive—fastfood prices will rise, coffee shop prices will rise, everything that tastes sweet will rise.

Oh, and the taxes breadwinners pay for having dependents will now be the same as a (civilly) single guy with zero dependents. The more dependents you had, the less you had to pay, but now everyone will be paying the same taxes across the board. That obviously makes things tougher for those struggling.

You may be thinking, “Whatever, we’re going to make more money, we can handle it,” but remember that not everyone is as fortunate enough to be a yuppie in 2018. For those of us who have to deal with being on minimum or lower wage, these inevitable price hikes are going to hit harder regardless of how much money you’re taking home.
For what it’s worth, the DOF’s tax calculator tells you all the possible scenarios you’re going to face under the TRAIN regime, so at least you’ll get to prepare before you get screwed in the butt. Aside from telling you how much more money you’ll make, it also gives you a picture of how much more you’ll have to spend soon—assuming you’re going to be spending the minimum additional expenses.

All we can do now, I guess, is to hope the excise taxes actually make the difference they say they’re going to make. For now—there ain’t no gettin’ offa this TRAIN we’re on.

Donations will go to the Asian Mental Health Collective