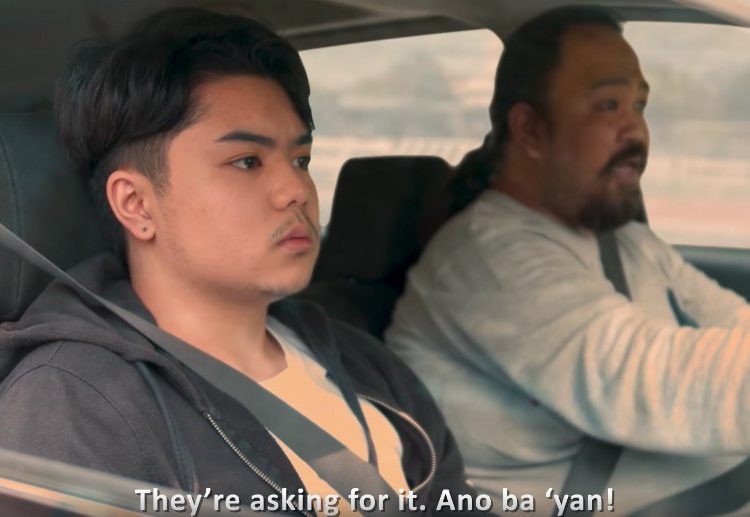 Wrong. Why are girls always given guilt-tripping warnings, but boys aren’t “advised” enough on what they shouldn’t do to girls?

Recently, the #HijaAko movement revealed a huge portion from the numerous stories of harassment women experience online and offline. While rape culture has a lengthy history, we cannot deny that this can start with simple small talk.

A snapshot of this reality is magnified in the short film “Boy Talk.” Directed by Dary Ow and written by Cyrene Joyce Laurente and Bryan Nonay, this short by Wonderlast Films shows what possibly happens in a boy-to-boy conversation. In this case, it’s a tito pushing a “goal” for his young nephew: To “man him up.”

From judging a boy’s identity about his “ability” to “get many girlfriends” to constantly blaming women for their traumatic experiences, “Boy Talk” exhibits how a simple car ride can break or propagate a toxic culture that endangers women every day. By the way, that rearview mirror did its job well, too.

If you’re angry after watching this, then the “talk” did its job. But don’t just be mad—let it spur you to do something to change society. Though it closely depicts reality, it doesn’t mean it should stay that way. In case you didn’t know, someone is raped every hour in the Philippines.

SHAREWhatever you may think of the label and its creative lead, Off-White has...