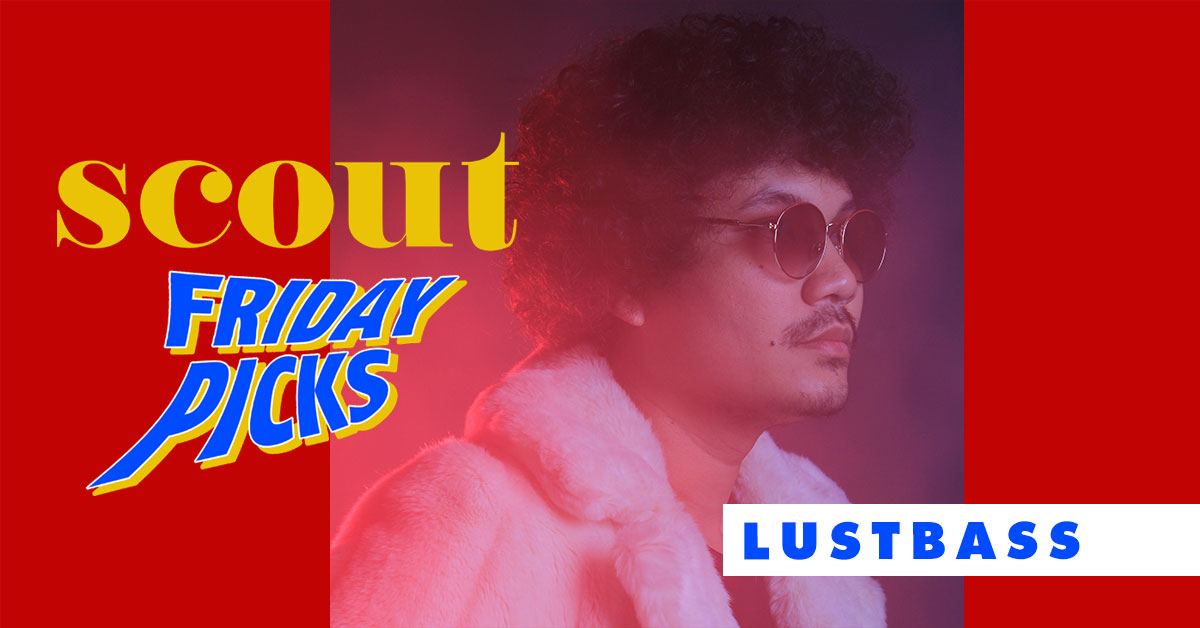 For the next few weeks of #ScoutFridayPicks, we’re putting the spotlight on the acts performing at Scout Music Fest, our birthday bash happening at August 5. We pick their brain a little, get to know them a bit more, and also to highlight artists that we love. And who else but the acts performing on our biggest event of the year?

This week we’re entering the world of Allan Malabanan, also known as Lustbass, and his jazz-inflected, soul-experimental music. The Wilderness and Chocolate Grass bassist and music producer shares a playlist of his musical influences as Lustbass, and it’s an easy playlist to love, featuring some of the team’s own personal favorites. Looking for a playlist to listen to tonight? You’ve found it.

The perfect marriage between beauty and chaos. It’s one of the songs that molded my philosophy about how music should aspire to be more than just sounds played together, but a vessel that can take you anywhere out there.

“Similar to Kayo Dot’s “Manifold Curiosity,” this takes you on one hell of a trip. It reminds me of the early days of Wilderness and is my favorite song to air-drum/air-guitar/air-bass to.”

“I would have never imagined Thomas Pridgen (drummer in the Mars Volta video) playing something so mellow and with a shirt on! This video/song reminds me to be as versatile of a musician as I can be.”

“This song reminds me of the time I went to Japan with my bands Wilderness and Mammals to play for Japan Music Week. It was my first time playing out of the country and I had just been introduced to them. Their two albums ended up becoming my soundtrack to the whole trip.”

Led Zeppelin – “Since I’ve Been Loving You”

Chet Baker – “For All We Know”

“My go-to song when I’m feeling sad and down.”

“This song is foreplay in musical form.”

“One of those songs that just makes me go UGH.”

Robert Glasper is one of the reasons I play the keys. Watching him and his band play at arm’s length was absolutely mind blowing and definitely at the top of my favorite live performances.

“This song to me is absolutely the most beautiful song in the whole world. It reminds me of the fireplace in my bandmate’s old Baguio home. We had a lot of great (and insane) memories there.”

SHAREThe audience of the Cinema One Originals’ awarding witnessed a historic feat last...

SHAREIt was reported that a video circulated wherein women were asked by the...