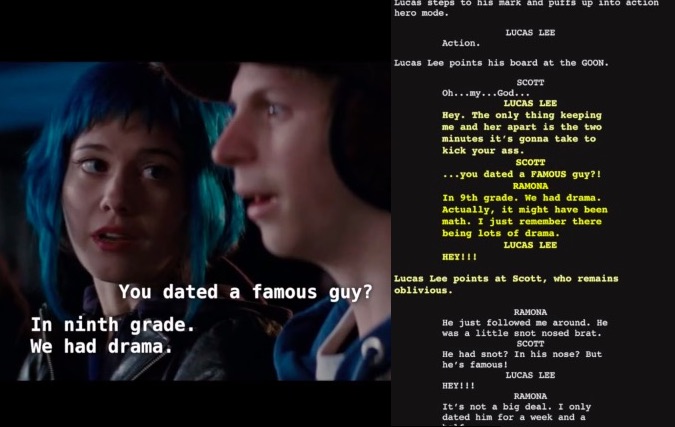 Cinephiles know the deal: We just have to see what’s inside a screenwriter’s head. Fortunately, we no longer have to sift through scripts and stare at a screen—a browser extension now lets us read a movie’s screenplay while we stream it at the same time.

Once enabled during certain Netflix movies, the free Chrome extension ScreenplaySubs displays the actual screenplay on the side, highlighting scenes and dialogue as they play out in the film. Think of it as an upgraded version of closed captions or a “Script to Screen” segment but for the entirety of the film.

Film students, writers and those generally interested in the art form can delve into how a screenplay is translated by filmmakers. Through the extension, viewers can glance at a movie’s intricacies as well as the dialogue that ends up as improv.

After installing it from the Chrome web store, viewers can click on the extension’s icon where it will redirect to the list of supported movies. As of writing, there are only six movies in its roster, including “The Social Network,” “Marriage Story,” “Spider-Man: Into the Spider-verse,” “The Irishman,” “Zodiac” and “Silver Linings Playbook.” The upside? ScreenPlaySubs intends to update the list of supported films on a weekly basis.

Before you hit download, check out the demos, which feature scenes from “Scott Pilgrim.” As for me, I’ll be here watching “Into the Spider-verse” and “Marriage Story” for just one more round, I swear.

Screenshot from “Scott Pilgrim Vs. The World” with ScreenplaySubs

This AI’s ideation skills > mine

SHAREWe live in a post-internet world that’s changing the landscape for artists. Fame...