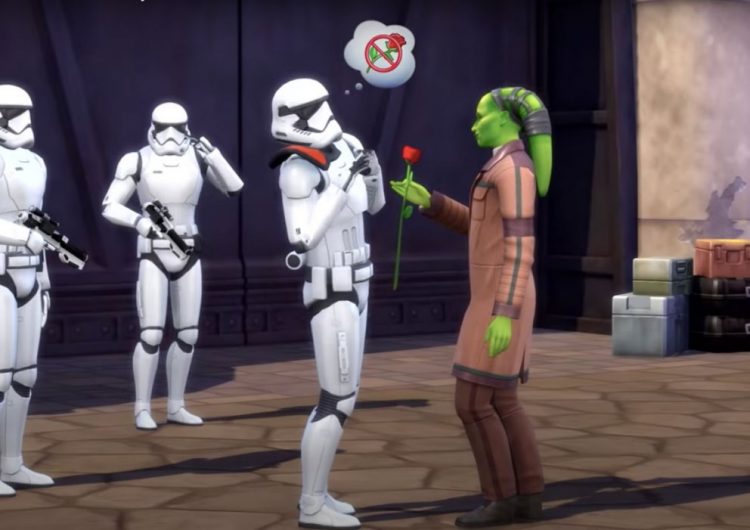 The Sims is like that homie who loves to surprise you. But whether the surprise is good or bad—well, that’s another conversation. The trust issues are weird, considering the length of your friendship.

This sounds like what many The Sims fans are going through right now. Today, Aug. 28, the video game series announced a new expansion pack (no, it’s not another reality show): “Star Wars: Journey to Batuu.”

Let’s take a look at the primer: Players get to travel to the Black Spire Outpost on the remote planet of Batuu, join a lightsaber sparring, collect kyber crystals and vibe with signature characters like Kylo Ren and Rey. A small talk with the Stromtroopers is also an option.

“The Sims has always been about letting players tell their own stories and explore a lot of different aspects,” says Lyndsay Pearson, executive producer and general manager of The Sims.

Though droids and spaceships have now joined the chat, some Simmers don’t seem to give a fuck. Remarks on the game being a “cash grab” have been flocking the trailer’s comments section, amplified by the bigger dislike ratio as of writing.

Players complain about how, despite their requests on improving the base game, The Sims decided to produce a Star Wars special—something they didn’t ask for. Bunk beds? More skin tones? Babies and cars that aren’t objects? None of those for now, but at least you’re witnessing Millennium Falcon.

“Star Wars: Journey to Batuu” will be released on Sept. 8.

Still from the trailer