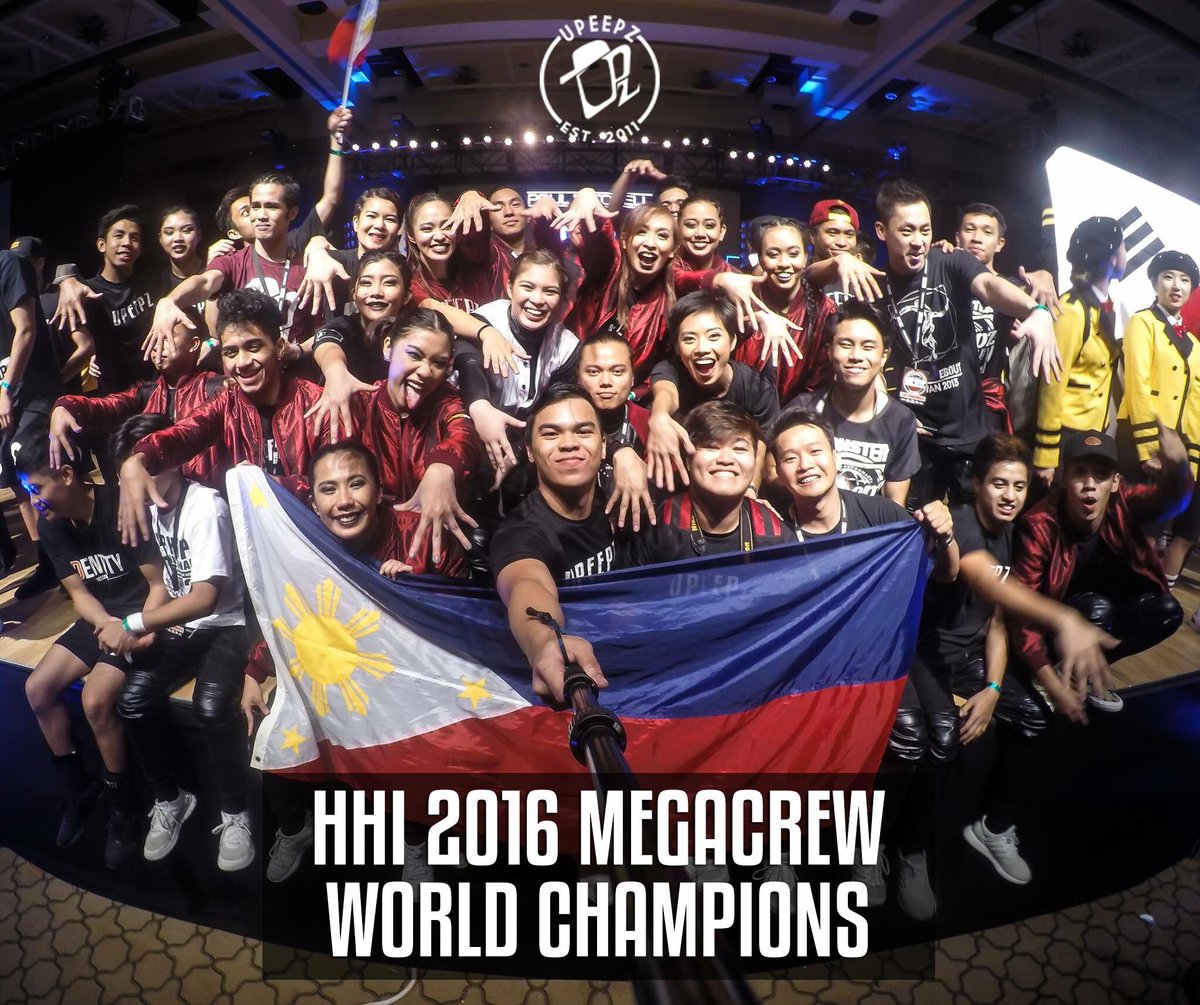 #PinasPataas! The Philippines makes it mark again on the hip hop dance competition circuit with representatives Upeepz and The Alliance getting podium finishes at the 2016 World Hiphop Dance Championship at the Westin Lake Resort & Spa in Las Vegas, Nevada last Sunday, Manila time.

uPeepz from the University of the Philippines bested Royal Family from New Zealand’s 8.27 and Lock n’ Lol from South Korea’s 8.37 with a score of 8.69 in the MegaCrew division. The MegaCrew division can include 15 to 40 members of any ages, both male and female.

3RD in the Varsity Division! Thank you for all your support! #PinasPataas#HHI2016

The Philippines has consistently placed high in the World Hip Hop Dance Championships, with A-team claiming gold for the Philippines in the MegaCrew division back in 2014. The competition includes participants for 48 countries as part of its mission to unite the world through dance.