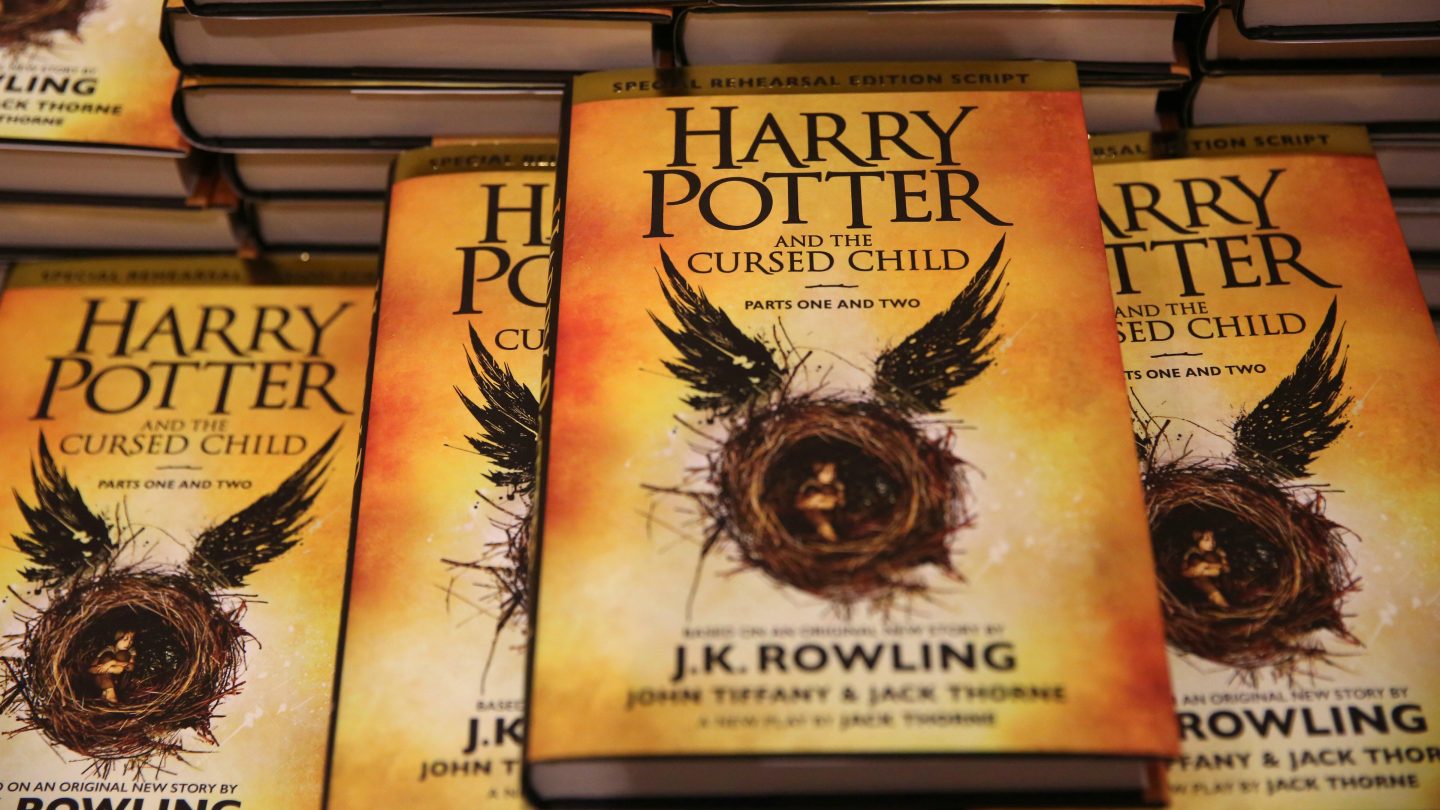 Like many children, I spent most of my younger years waiting for my Hogwarts letter. It never came, and I (mostly) got over it. Deathly Hallows ended, and I moped for a while, but I got over it. Harry James Potter finally got to live a quiet life. All was well. Or so I thought.

Then your world began expanding, leaving stale tweets and over-saturated lore in its wake. Nothing was safe from speculation, not even other Wizarding schools and other Wizarding cultures. As I write this, people are crying about scalpers selling overpriced Cursed Child tickets, Eddie Redmayne is gearing up to find fantastic beasts, the boy who lived seems to never die.

Of course, we want to know more about the fantastic world you’ve created—but on our own terms. The magic of your series lies in our ability to write our versions of your world, and even that has been taken from us. Now, instead of letting us think about the post-Voldemort world, we have to compete with your addendums and expanded canon. The more you reveal, the more clickbait we get, and clickbait won’t bring us back to Hogwarts. Nothing ever truly will, not since that final “all was well.”

Dear J.K. Rowling, here are some reasons why. (Warning: some spoilers here.)

Your expanded Wizarding World is colonialist, appropriative, and poorly-researched.

Enter Ilvermony, the United States’ official wizarding school. Its houses, as stated on Pottermore, are the Wampus, Thurnderbird, Pukwudgie, and Horned Serpent. These are creatures rooted in different Native American cultures, carefully repackaged into cutesy, easy-to-digest mascots and names. You treat Native peoples as a monolith in your History of Magic in North America, and cherry-pick which aspects of their cultures would make your Wizarding world cooler. Ilvermony, in fact, was founded by European “explorers.” Its history has no mention of the indigenous folk that, I don’t know, populated North America before their colonizers.

Then there’s Mahoutokoro, the sole wizarding school in Asia (as of now). Mahoutokoro can be translated as “magical place.” Its existence, frankly, is orientalist and pitiful—its walls are “ornate” and “exquisite,” and its students are (surprise, surprise) academically gifted. Why would the largest continent in the world only have one established wizarding school? What about the geopolitics of the region? Oh, wait, who cares when the East is so mystical and exotic and Mahoutokoro’s uniforms change color.

Let’s not get started on the other wizarding schools you’ve so carelessly written about on Pottermore. Castelobruxo in the forests of Brazil specializes in Herbology and Magizoology. Students from Uagadou in Africa (Where in Africa? Who cares, because Africa is a monolith, anyway!) transform into “elephants and cheetahs” because the school is known for Alchemy and Self-Transfiguration.

And yet, Hogwarts is never billed as a school that specializes in anything. It has a name that isn’t literally “magic school.” Its houses and their mascots are real animals that are not rooted in any specific belief system/mythology. Hogwarts is Hogwarts, but these other schools are never just schools but otherized caricatures of them.

Leave the gaps for fanfiction and fan speculation.

The fun of loving a series lies in being able to fill in the gaps ourselves. HP fans have carved out multiple spaces on the internet, from forums to role-playing games, to share and multiply our love for your series. In these spaces, we could immerse ourselves into your world the way we wanted to, trade ideas on how to better preserve your legacy and make it more inclusive. But now, you’re doing the job for us. It’s not that we’re ungrateful for the tidbits you’ve shared about Potter and friends post-Hogwarts. It’s just that these tidbits are unnecessary at best—and at worst, they narrow what the Wizarding World could be for us.

Now, I still cried when Cursed Child premiered in millions of miles away in London. I cried watching the Fantastic Beasts trailer. But I will take these new stories with a grain of salt, and try to write more fanfiction before you drop the next canon-shaping tweet.

We get it. You’ve built an empire on Chocolate Frog Cards and Sugar Quills. Harry Potter, the Boy who Lived, is also a cash cow. I can’t blame you for trying to get everything you can out of your beloved series, but your terraforming skills are cheapening the magic.

You marketed Harry Potter and the Cursed Child as the eighth Harry Potter book, when it is really a work based on your world by other writers. Cursed Child may have undone some of the greater points of your series: not to mess with time, and that Voldemort—fully incapable of love and emotion—could live forever but live alone. (Cursed Child’s big reveal is that old Voldy has a daughter! With Bellatrix! Shoot me in the foot!)

Harry Potter is turning into any other big franchise that wants to make money off our nostalgia. Each new supplementary movie or book or play is another horcrux that will keep your series immortal, yes, but at what cost? Don’t let the boy who lived die under the weight of forced comebacks. All was well, after Voldemort was defeated. All can be well again. Put the quill in the drawer, J.K. Rowling, and let us pass through the veil.

SHAREIt’s finally happening—after years of neglect, the Department of Health is pushing for...