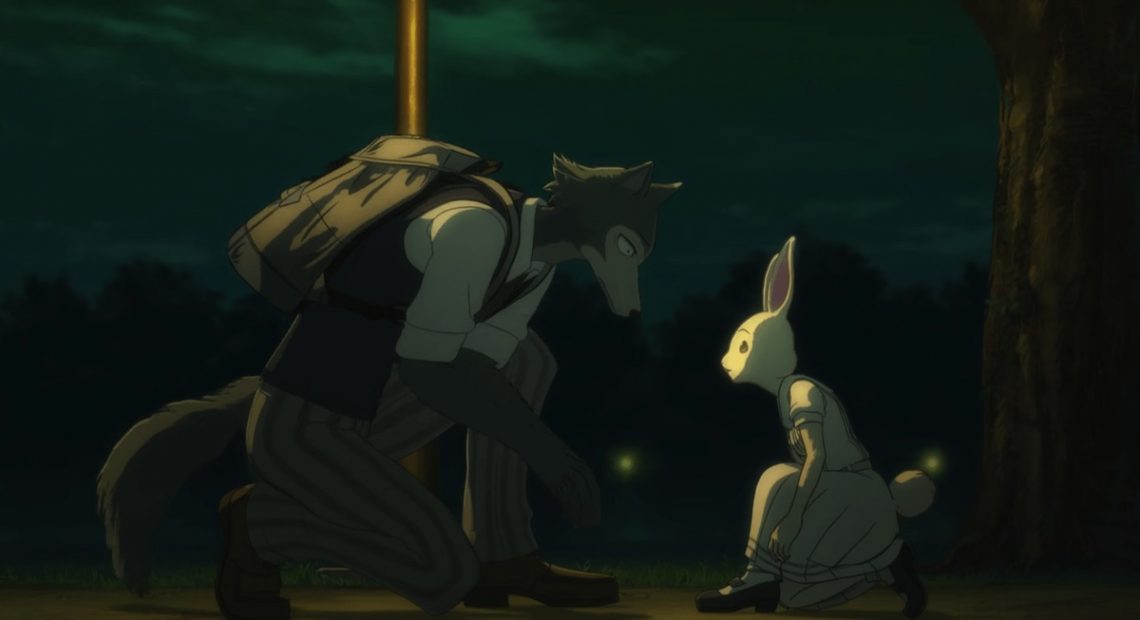 Here’s a confession: I’ve never really gotten into anime. While I’ve found myself in the same circles of high school otakus—you know, those who sit huddled together in one corner of the classroom, drawing complex fanart that I couldn’t even ID—I’ve never watched a single episode of “Naruto” or “Death Note,” never mind understand their inside jokes. Now imagine my surprise some ten years later when I’m glued to a show that wouldn’t be included in anyone’s anime primer, one that could even be labeled weird by some standards. It’s Netflix’s “Beastars,” a series that involved coming-of-age dilemmas set in a high school campus—except they’re all animals.

I first got pulled into the black hole of “Beastars” because of a premise that spoke to my love for dynamically different ships. There’s Legosi, a fierce-looking wolf that nature classified as a predator, although really, he’s just a giant softie. He’s introverted, almost always a bit sheepish, hangs out with herbivores, and would sooner fold himself into a ball just to seem as small as possible. Then there’s the girl he’s head-over-heels in love with: Haru, a tiny white rabbit, who’s being shunned by other girls on campus since she leans into a more promiscuous side. While Legosi hated being feared, Haru doesn’t want any of the pitying stares she gets simply because she’s on the lowest end of the food chain. The rabbit may look fragile, but she’s anything but.

It’s a 180-degree turn on society’s stereotypes, but because they’re all animals, natural instinct is something they still have to grapple with. Case in point: Legosi can’t seem to distinguish whether his feelings for Haru are love, or if he just really, really wants to eat her.

Sounds like “Twilight,” but bear with me here. “Beastars” happens when you take “Zootopia,” crank up the lust meter, then toss in a bit of “13 Reasons Why” into the picture. The Netflix anime’s first scene involves a chase between a carnivore and a herbivore student, ultimately leading to the herbivore’s demise. After the incident, tensions rise within the two factions of the campus.

What “Beastars” boils down to is the concept of going beyond instinct and fighting it with rational thought, a human notion dressed up in an animal ecosystem.

While other teen dramas like “Riverdale” insert murder plots to spice things up in a high school campus, “Beastars” has a valid reason, because, well, the characters are biologically-inclined to do so. The show plays on nature vs nurture, defying societal expectations in the very characters of Legosi and Haru, as well as in more minor characters. Slashfilm, for example, cites the city’s lion mayor, who surgically removed his fangs just to look less threatening.

Read more: The world in the eyes of Filipino furries

What “Beastars” boils down to is the concept of going beyond instinct and fighting it with rational thought, a human notion dressed up in an animal ecosystem. “A carnivore may desire to attack and devour an herbivore, but a rational member of a civilized society will find a way to resist and deflect that urge,” reads one review in Collider.

However you view it, one thing can still be said: “Beastars” packs a lot of thought in an otherwise peculiar setting.

Viewers can even say that it’s one giant allegory to very human conflicts. There are questions of sexuality and attraction, coming to terms with adulthood, crises in identity, as well as xenophobia in the way that herbivores and carnivores interact with each other. Some would even argue that “Beastars” alludes to drug addiction, seen in how some carnivores stash away vials of rabbit blood for adrenaline, a taboo in their society.

However you view it, one thing can still be said: “Beastars” packs a lot of thought in an otherwise peculiar setting. And for a first-time anime viewer like me, it sure makes for a great leap into the genre.

SHARENothing beats the feeling of having a chance to watch original films that...