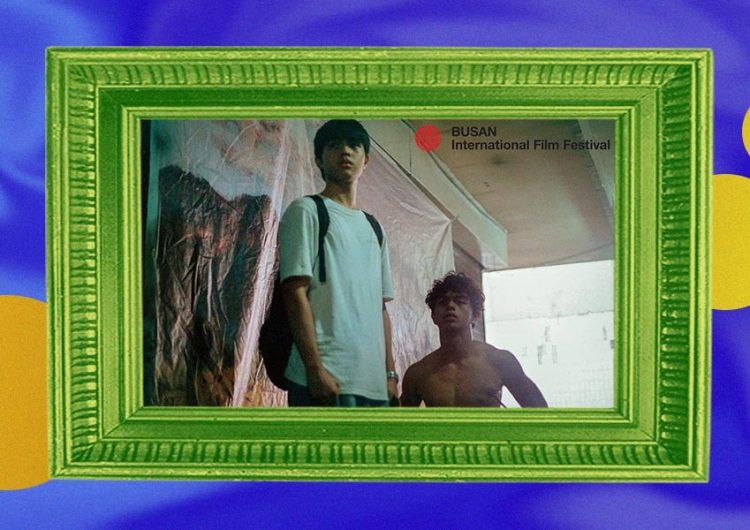 No fancams and no context memes have pacified the latest cultural reset a.k.a. the season one finale of BL series “Gameboys.” Just when we thought Elijah Canlas and Kokoy de Santos’ fans were sobering up, something disrupts everyone’s TLs.

Yesterday, “2 Cool 2 Be 4gotten” director (and Scout Creative Talks alum) Petersen Vargas announced on social media a win for all of us: “Our short film ‘How to Die Young in Manila’ will have its world premiere at this year’s Busan International Film Festival,” he writes, showing a photo of Elijah and Kokoy. I can hear the Elikoy fandom screaming from miles away.

Lookie❕ Our short film HOW TO DIE YOUNG IN MANILA will have its world premiere at this year’s Busan International Film Festival ✨ Pretty bummed that the current circumstances won’t allow us to be physically there in Busan to present the film but rly rly grateful that this cld finally be shown (in theaters, AT THAT⁉️?) soon. Happy 4 us, boys: starring the great @elijahcanlas & @kkydsnts with @migs_almendras, @kychminemoto, @shucalleja. Yay 2 us, team!

“Pretty bummed that the current circumstances won’t allow us to be physically there in Busan to present the film but really really grateful that this could be finally shown (in theaters, AT THAT⁉️?) soon,” Petersen adds. The filmmaker is also known to have directed another recently ended BL series “Hello Stranger.” We love a crossover.

In September 2019, Elijah dropped a few teasers from the film—a dark overview of the city, with lights hovering what looked like empty, silent streets.

“How to Die Young in Manila” will compete with nine other Asian short film entries like “BINH” by Austin by Ostin Fam (Vietnam), “The Cloud is Still There” by Mickey Lai (Malaysia), “Sunrise in my Mind” by Danech San (Cambodia) and “Kids on Fire” by Kiela Nieva (Philippines). Two Filipino full-lengths “Death of Nintendo” by Raya Martin and “Cleaners” by Glenn Barit are also included in the “A Window on Asian Cinema” category.

BIFF is happening on Oct. 21 to 30, 2020. Can we stream “How to Die Young in Manila” soon? We hope so. No other information has been released yet, but we’ll get back to you as soon as we get more clues.

LA Aguinaldo, Yeo Kaa, and other creatives tell is their internship stories

Renton, Spud, Sick Boy, and Begbie are back.

SHARE2019 is arguably the age of progressive youth. More and more people are...