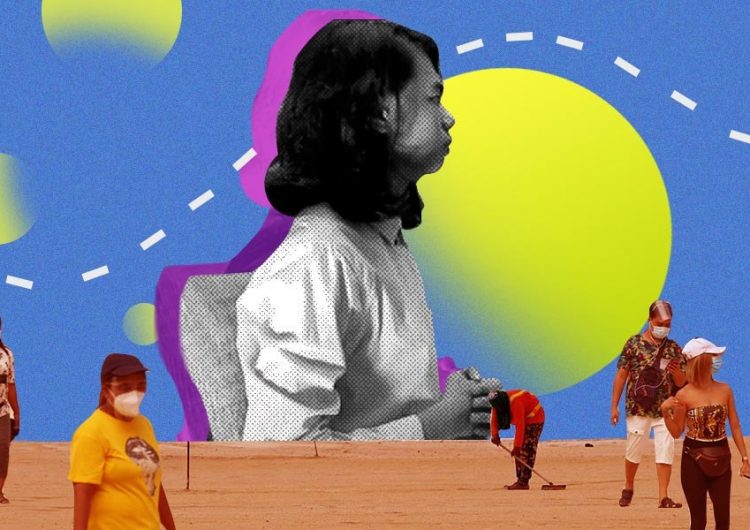 If you aren’t over the onslaught of memes a certain government initiative has given us, we pitch you this: Someone staring at the white sand for five hours. That’s it.

One artist has turned this fever dream into reality in an attempt to test Harry Roque’s recent theory. According to the presidential spokesperson, the Manila Bay white sand makeover isn’t a waste of hard-earned funds because it will uplift citizens’ “mental health.”

Hypothesis: Check. Experiment: Well, let’s see. Local artist Chall—a.k.a. Cloud on Facebook—took to the online space to test that theory with the aptly titled live stream “Staring at white sand until my mental health is okay.”

The stream ran for a good five hours and five minutes, gaining 700,000 views since it started. Highlights include arm movement at 1:05:36 and a slightly more piercing stare at 2:29:50, which I may or may not have hallucinated after two hours.

During those five hours, conspiracy theories sprouted in the comments section, proclaiming that the stream might have just been a recorded loop. Some, on the other hand, declared this a postmodern masterpiece summing up the 2020 experience. The real question though is this: Did this prove Roque right or do we need uh, an extra five hours? (We’re gonna need a lot more, TBH.)