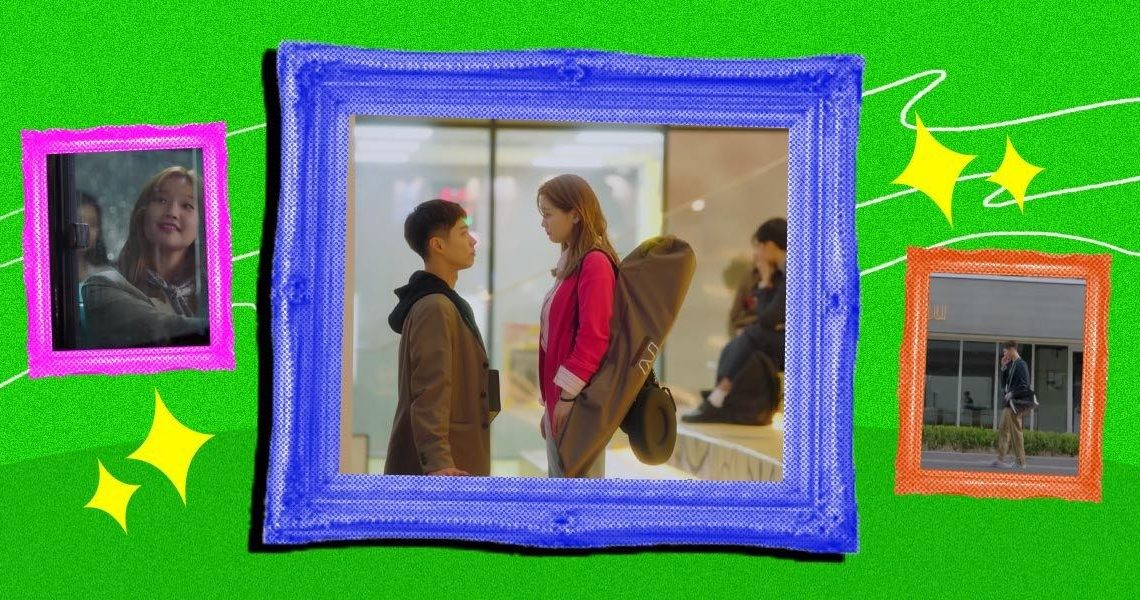 [Warning: This article may contain spoilers.]

Like a thief in the night, Korean drama “Record of Youth” easily dominated our TLs and birthed tons of stan accounts even before it dropped on Netflix. It didn’t need hardworking gimmicks to rake in viewers because frankly, it has everything: a charming powerhouse couple in “Reply 1988” fave Park Bo Gum and the only Jessica from Chicago we know, Park So Dam. Complete the equation with a plot straight out of a late-night fanfic and it’s a hard hard pass.

But these aren’t the only reasons why “Record of Youth” deserves our sleep-deprived selves. To limit them to its stellar casting and relatable story is to overlook the important, nuanced layers in the show—and it has A Lot™.

“Record of Youth” follows the lives of three people in the fashion and celebrity industry: Sa Hye-jun (Park Bo Gum), a model who’s been battling several failed auditions on his way to becoming a well-known actor. There’s his fan named Ahn Jeong-ha (Park So Dam), who, after quitting her office job, becomes a makeup artist in a salon in CheongDam. Adding to the K-drama love triangle is Won Hae-hyo (Byeon Woo Seok), a model, actor and one of Hye-jun’s best friends.

In a thrilling saga of family, fame and far-fetched dreams, trust me when I say that “Record of Youth” doesn’t disappoint. Here are more reasons why this heartwarming serotonin machine deserves more credit.

It doesn’t shy away from the reality of privilege

Hye-jun and Hae-hyo have been inseparable friends since childhood. Their story moved into a sequel when they took the same career path. However, compared to Hye-jun’s “progress,” Hae-hyo’s career is the one taking off.

If there’s anything that sets them apart, it’s their social status. Hye-jun has lived a life of nonstop hustling for his family—making ends meet for his grandfather, bank employee brother, construction worker father and mother who works as a helper in the house of Hae-hyo’s family. Because of this, Han Ae-sook, Hye-jun’s mother, spends most of her time with Hae-hyo’s mother Kim Yi-Young, a stay-at-home parent-slash-Hae-hyo’s personal assistant.

In an episode, Han Ae-sook and Kim Yi-Young find themselves in a conversation about their sons. “These days, parents need to help their children all their lives,” Yi-Young proudly tells Ae-sook, which reflects her capability to invest all of her time in her son’s career—thanks to their well-off background. “Then there’s no hope for this world,” Yi-Young bravely talks back. “How can parents possibly help their kids with everything?”

Surprised, Yi-Young answers, “Are you saying I’m wrong?” Let’s see, what does she do as a full-fledged stage mother? She can meet reporters to make sure Hae-hyo’s reputation is crystal clear. She can make decisions that involve her son’s career. She can talk to agents to keep projects coming. Heck, she even has the guts (and money) to buy her son new Instagram followers.

Meanwhile, there’s Hye-jun. Fresh from an abusive management that doesn’t pay him well (or at all), his typical day involves coming home to his family and receiving never-ending disapproval from his father and brother.

Not to discredit Hae-hyo’s effort for his own career and pit the boys against each other but we can’t deny that privilege plays a huge part in the—dare I say it—romanticized concept of pace.

“Record of Youth” stands out in a sea of rom-coms that involves accidental kissing in meet-cutes, the “do this or else you get a kiss” card and the male lead pulling his love interest aggressively and randomly for a kiss (which often leads to problematic overtones).

In an episode, the show bowed to the importance of consent. “There’s something I want to do, but I need your permission first,” Hye-jun asked Jeong-ha before hopping in the car. “You have it,” she said. After sharing a kiss, she asked in return, “I thought about it, and you’re always allowed. Can I be too?” Hye-jun answered, “Do whatever pleases you.”

In a previous episode, Hye-jun’s view on consent was also reflected in a split-second. During a conversation, Hae-hyo suddenly pulls Jeong-ha. Alarmed, this made Hye-jun ask his friend, “Did you just grab her?”

Unfortunately, the concept of a “real job” still pesters many young dreamers today, especially in Asia. Hye-jun’s father often criticizes his desire to be a famous actor, and the discouragement intensifies when his father’s favorite comes in—his brother.

One time, Hye-Jun’s emotions reached an all-time high, desperately wanting to end the inequality. He found himself talking back to his father. In return, he slapped his own son.

This is just one of the many instances in “Record of Youth” that dissects how toxic parenting and boomers’ false sense of superiority could affect kids’ perception of themselves—moreover affecting their mental health.

But this specific scene leads to an important discourse. After the incident, Hye-jun’s grandfather talks to his son, asking him to say sorry to Hye-Jun because he deserves an apology. “Even parents should apologize when they did something wrong.” Well, fuck generationism.

It wants to trump the pressures of society

Somewhere along the series, Hye-jun gets the bread he deserves. He’s starting to become a household name. (Our reaction: Kim Kardashian’s “it’s what she deserves” meme).

Thanks to his trusty manager Lee Min-jae, Hye-jun’s projects come in like welcome guests. However, Hye-jun has to make a decision. Between a romance and a period drama, what does he pick? Despite Min-jae’s persuasion on the latter because of the “bigger fame” he’ll likely get, Hye-jun chooses the period drama. Simply because he likes the quality of the story and it’s the kind of job he wants to do.

No hate on romance series (because hey, we’re writing about one right now), we just love seeing artists stick to their thing.

SHAREThe Hubble Space Telescope, an astronomical observatory device-slash-trusty friend in the universe since...

Gov’t asks UP to stop putting them on blast, slide into their DMs instead

SHAREDay x of pandemic, and the University of the Philippines vs. Malacañang saga...