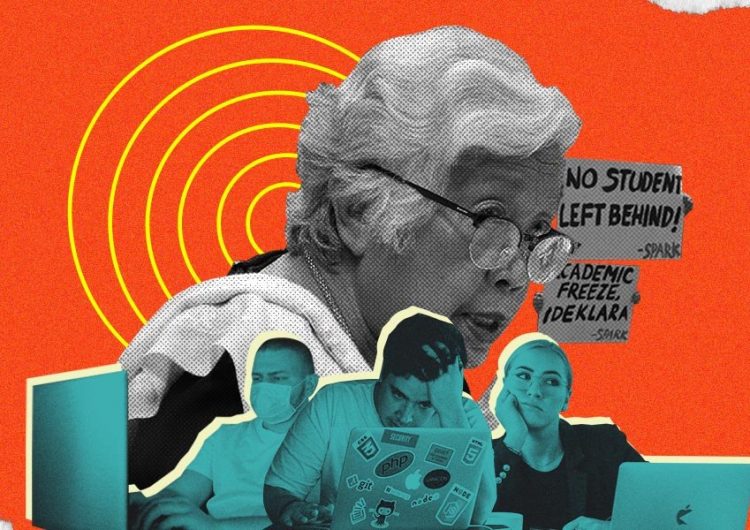 The much-awaited—well, used to be—first day of class vibed differently this year.

While many students have been knee-deep in virtual classes the past months, the rest of our schools officially opened yesterday, Oct. 5, following the Department of Education’s marked start of the school year. Things have been A Lot™ ever since.

In yesterday’s episode of DepEd Secretary Leonor Briones’ not-so-thrilling saga, she laid out a very interesting analogy to address concerns about the country’s readiness to open classes. “Lapu-Lapu did not hesitate when he and his men fought and killed the foreign enemy with bamboo spears and bolos against cannons, guns and cutlasses. Andres Bonifacio did not wonder if he and his Katipuneros were ready when they tore their cedulas and triggered the Cry of Balintawak,” explained Briones.

Aside from sharing archaic examples to prove that true heroes never ask if they’re ready for battle, she also claimed “victory” in our battle against COVID-19.

“We declare our victory over COVID 19–the Destroyer of our lives and Destroyer of our economy and of our society. But we will not allow COVID-19 to destroy our children’s education and their future.”

However, Briones clarified that her “victory” remark was specifically meant for those pushing for an academic freeze, according to Inquirer.

Wait, hold on. If the calls for academic freeze are being reduced to mere acts of “opposing,” are we even solving anything? With this point of view, can we say that the plea is even properly acknowledged?

Reducing valid criticism to plain contradiction isn’t progressive. If anything, it further closes the conversation, making no room for healthy discourse. This has the same energy as trivializing criticism into simple bashing.

Advocates for academic freeze—and even those who are proposing plans for a safer, more inclusive back-to-school arrangement—shouldn’t be treated as antagonists. After all, the majority of them are students.

On the first day of classes, Batangas City teachers had to climb up the roof of their school to boost their internet signal.

Though some cities are dealing with the school year better than others, we shouldn’t disregard these stories of inaccessibility. After all, no one should be left behind.