I met Billy Davis like how I meet everyone nowadays—through Instagram DMs. To be more specific, we met through AGAPE Clothing’s Gio Manlangit, hyping up this Irish-Filipino music producer currently working with Careless Music Manila (CMM). That alone got me curious. But before we got together post-Island City hype, I only did basic research on the guy. Not really out of laziness. I’m more interested in knowing him through him, beyond a quick Google search.

When he walked in our office, my first observations were as follows: He’s taller than me, Aussie as fuck, and has ’fits fresh out of a Vetements’ catalog. He can be quite intimidating until he breaks the ice, revealing a warm demeanor and a happy-go-lucky attitude. His energy kept everything chill regardless of the scorching Makati heat we’re both in. But as we talked, and as I learned more about him, my feelings of intimidation were somehow validated. 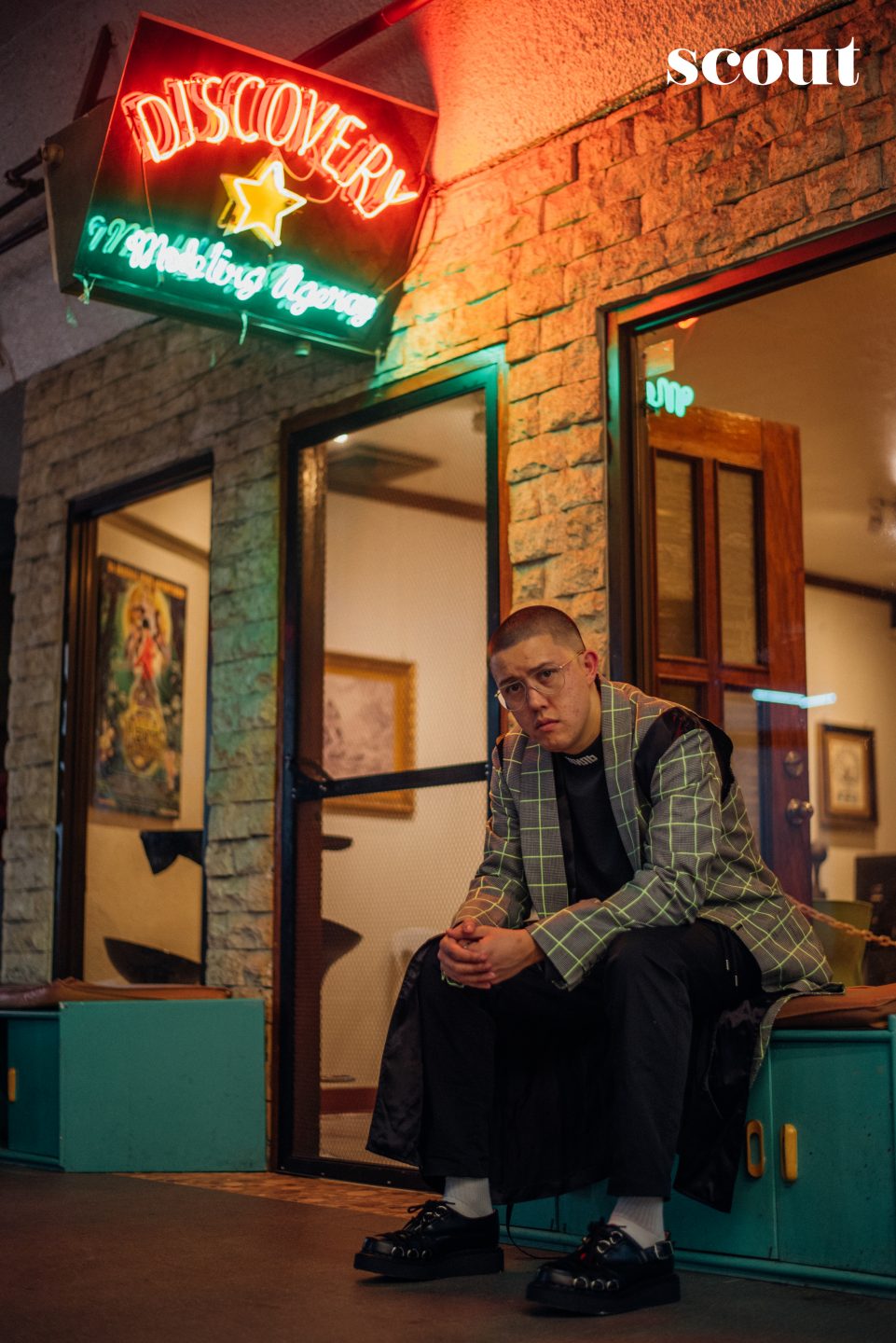 You see, this young Irish-Filipino is an R&B force to be reckoned with. He is a musician’s musician—your fave’s fave. And he aims to be your fave too once you get to know him.

Music started out as his passion, never a full-blown career, until three years ago when he left his corporate accounting job to pursue music full time. In true Billy Davis fashion, he jumped straight right into the music industry without a solid game plan. But this Irish-Filipino musician never stopped making waves since he arrived.

“My mom always wanted me to work with fellow Filipino artists. After her funeral in Nueva Ecija, I went to Manila and legit put up an Instagram status like: ‘Hey, are there any dope artists out here?’”

His distinctive sound is an amalgamation of the music he grew up with—gospel songs he learned as a young church pianist, his mother’s love of ’80s pop stars like Gary V, his uncle’s preference for funk icons like Prince, and his fellow Australia-based Filipinos’ love for B2K and Pharell Williams. “I tried to do this and I tried to do theory, but I’m still the same half-Pinoy boy sitting in church, listening to our preacher,” he explains.

Billy’s sound caught the attention of young R&B phenoms The Internet, the hip-hop boy band BROCKHAMPTON, and the always iconic Anderson. Paak for starters. He even performed for Prince Harry and the Duchess of Sussex Meghan Markle during their Australia tour last November.

All of these incredible feats happened in a span of three years. What didn’t happen within those years is his overdue homecoming in the Philippines.

“I haven’t been here for nine years,” he confesses. “In 2007, some rough stuff happened in our Filipino community back in Australia. So I legit told my mom, I don’t want anything to do with my Filipino side, I’m done.” He tells us. This personal disagreement affected how he perceived his cultural identity. From then on, he started denying his Filipino roots, leaving him conflicted about his heritage. 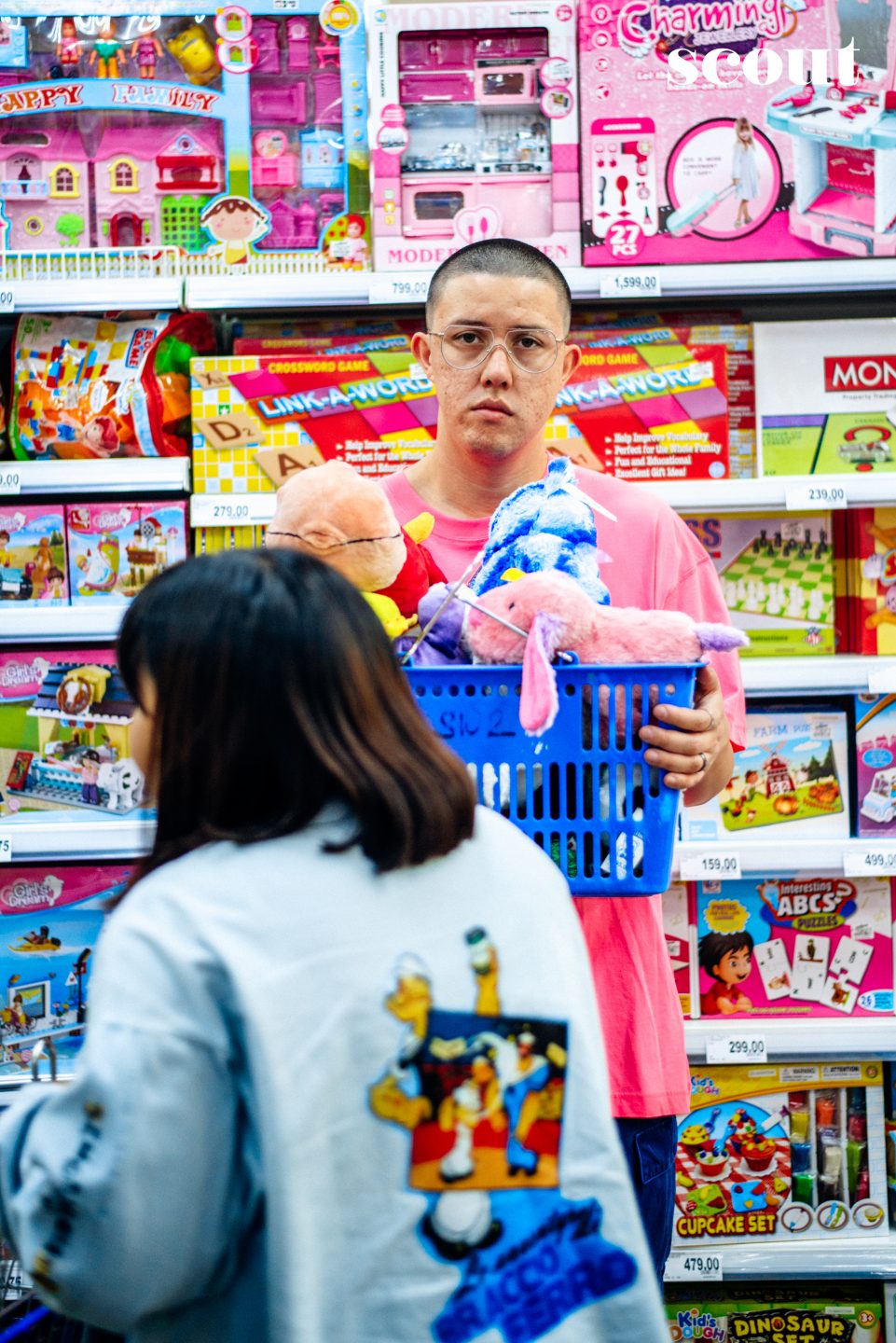 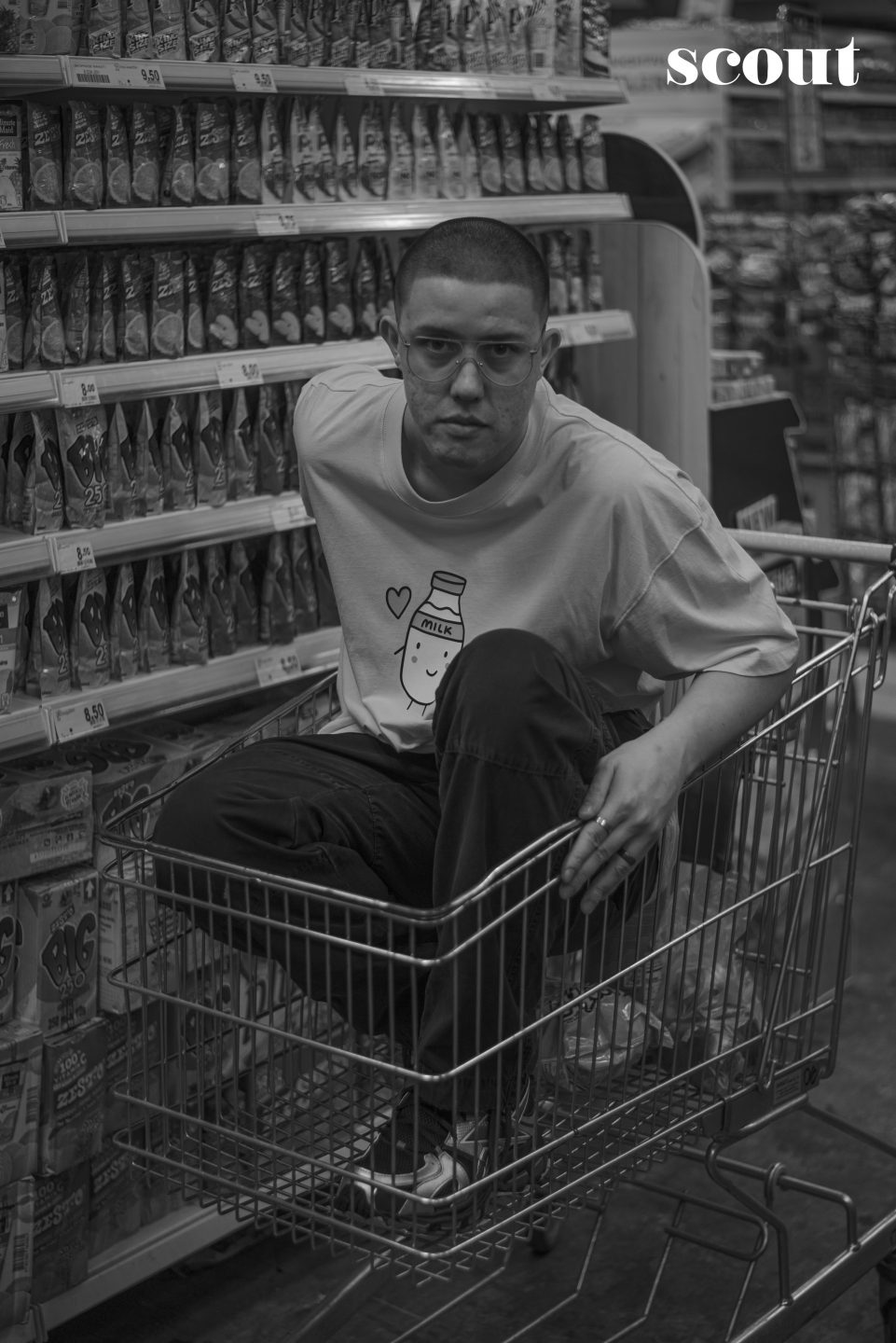 When asked about his nationality, Irish would be his automatic response—even in front of his Filipino mother, who’s a Nueva Ecija native. “Every time anyone would ask me what my nationality was, I’ll tell them I’m Irish. And they’re like, ‘Bro, your mum’s over there. You’re obviously Filipino,’” he laughs. “I’ll deny it and my mom the whole time would ask me, what’s wrong?”

It’s a question he avoided until this year. 2019 became a huge year for him. Music-wise, he’s on his way to becoming a household name. Prominent figures in R&B and hip-hop like GoldLink among others are starting to see what he can do. But his success became bittersweet three months ago.

“My music started popping this year. My mom said, ‘You need to go home. You need to bring international sound to the Philippines,’ and all that stuff,” he recalls. “I just thought she was being patriotic and this is her way of encouraging me. I didn’t think about it as much until she passed away a while back due to crazy circumstances. And when I had to do her funeral, it took me by surprise how many Filos in our community came through.”

This pivotal, heartbreaking moment in his life became a wake-up call. “You get reflective when you deal with loss. It made me think about what went down in the past [within our Filipino community]. It started to hit me. At the end of the day, you’re Filipino. I’m a Filipino,” he says. “I know my mom wanted to go home to Nueva Ecija. So I threw a concert on two days’ notice, raised $30,000, brought my mom home, buried her, and met my family who I hadn’t seen eight years due to personal issues.” 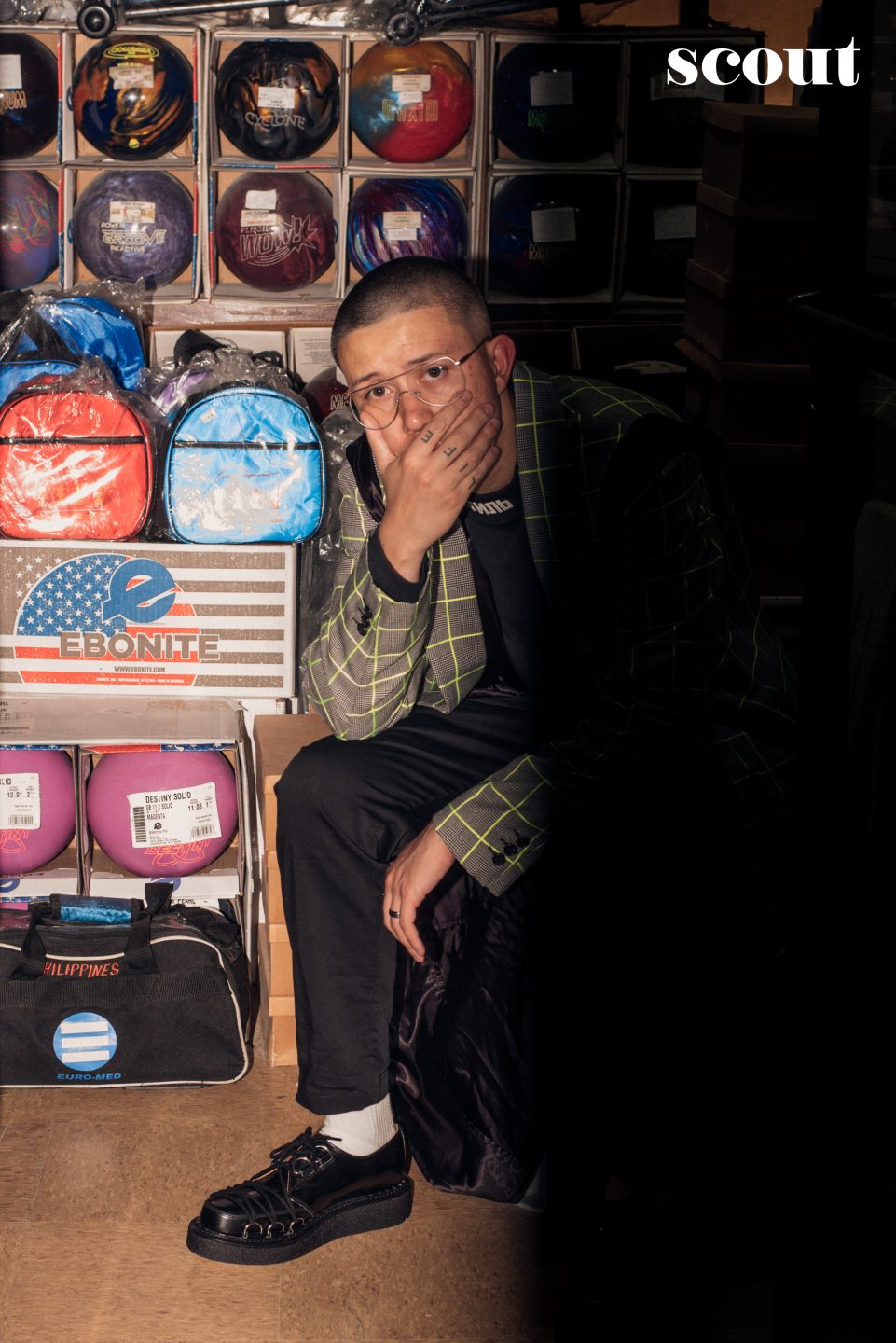 With his mother’s sudden passing, he flew to Nueva Ecija after nine long years. A week after her funeral, he decided to grant his mother’s last wish. “My mom always wanted me to work with fellow Filipino artists. After her funeral in Nueva Ecija, I went to Manila and legit put up an Instagram status like: ‘Hey, are there any dope artists out here?’”

“I feel like the original [version of “Headspace”] was about sorting myself out and the remix is about going back to the Philippines and dealing with like eight years of bullcrap.”

During his one-month stay at Manila, he created tracks with Kiana Valenciano, August Wahh, Sam Concepcion, Ylona Garcia, and the folks of Careless Mussic Manila for their Island City mixtape. “Bret hit me up and told me they’re making a Careless music tape, but they need some help with one track. Yeah, one track’s no problem. One track went off to like seven tracks, then it became 12,” he says. One of the first drops from their collaboration is a remix of “Headspace” with Nadine Lustre, Curtismith, and Massiah on deck.

“Headspace’s” upbeat instrumentals tend to be misleading. If anything, this seemingly cheery track is his most personal release up to date. After playing for Prince Harry last November, he began to experience mental breakdowns more often that threw him off-course.

“It’s crazy that in a span of three years, I started as an unknown with a couple of hundred followers on Instagram,” he recalls. “No one really messaged me except friends teasing you because your Insta story sucks. Now, it’s friends and strangers flooding your comments because you had some degree of success. There’s an expectation on you too.”

This track’s original version came from a dark place in his life. During his much-needed break, he created the track as a form of catharsis. But when it finally hit the airwaves, his mother died on the same day. He never got a chance to say goodbye.

“It was about having a reset. I had the meltdown about my career then, and now I’m having a chronic meltdown because my mom got taken away,” he says. “So I’m in the Philippines just listening to my song on repeat. And I just don’t know what it was. But out of nowhere, I told my team that ‘Headspace’ needs to come out again. This time with Filipino artists.” 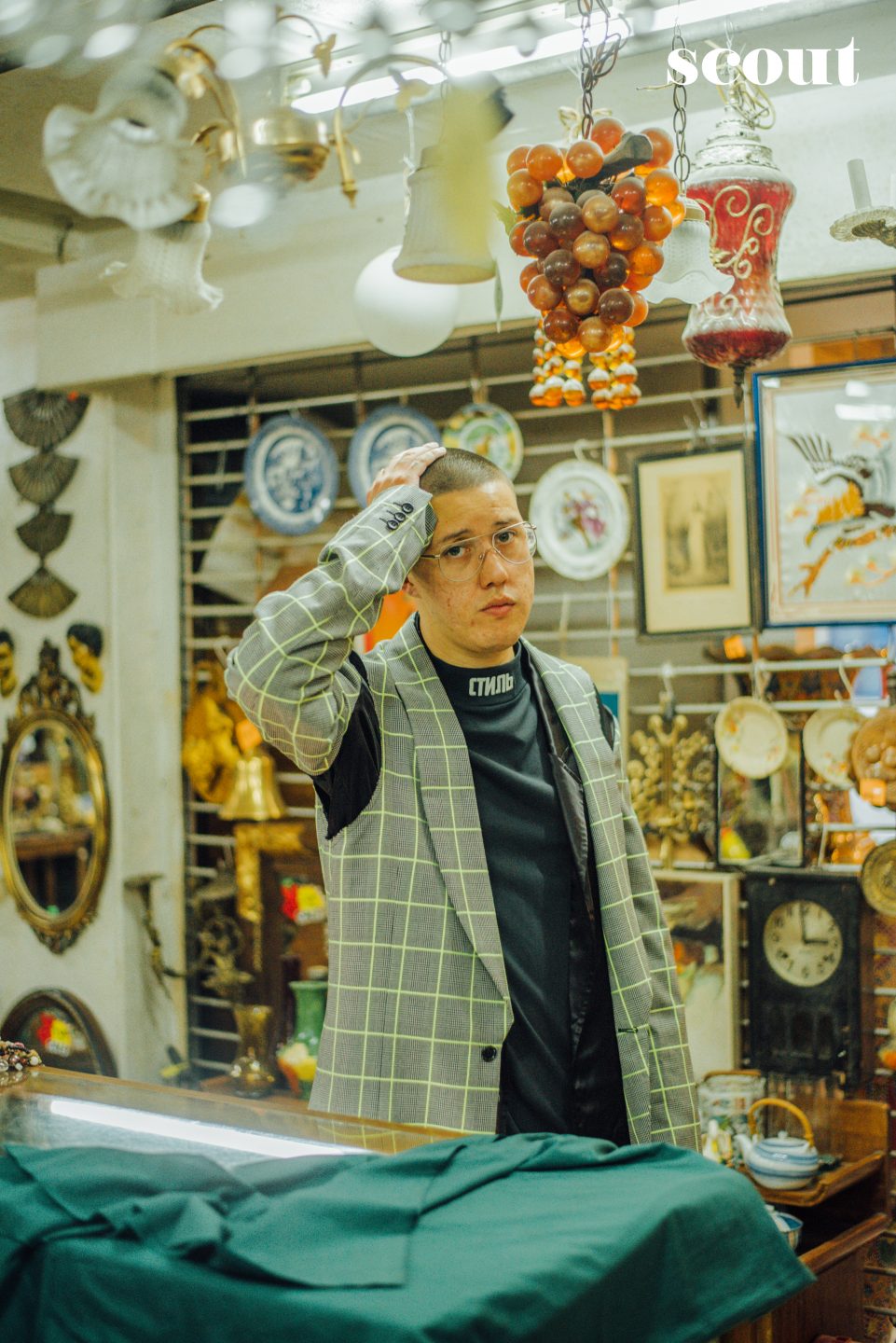 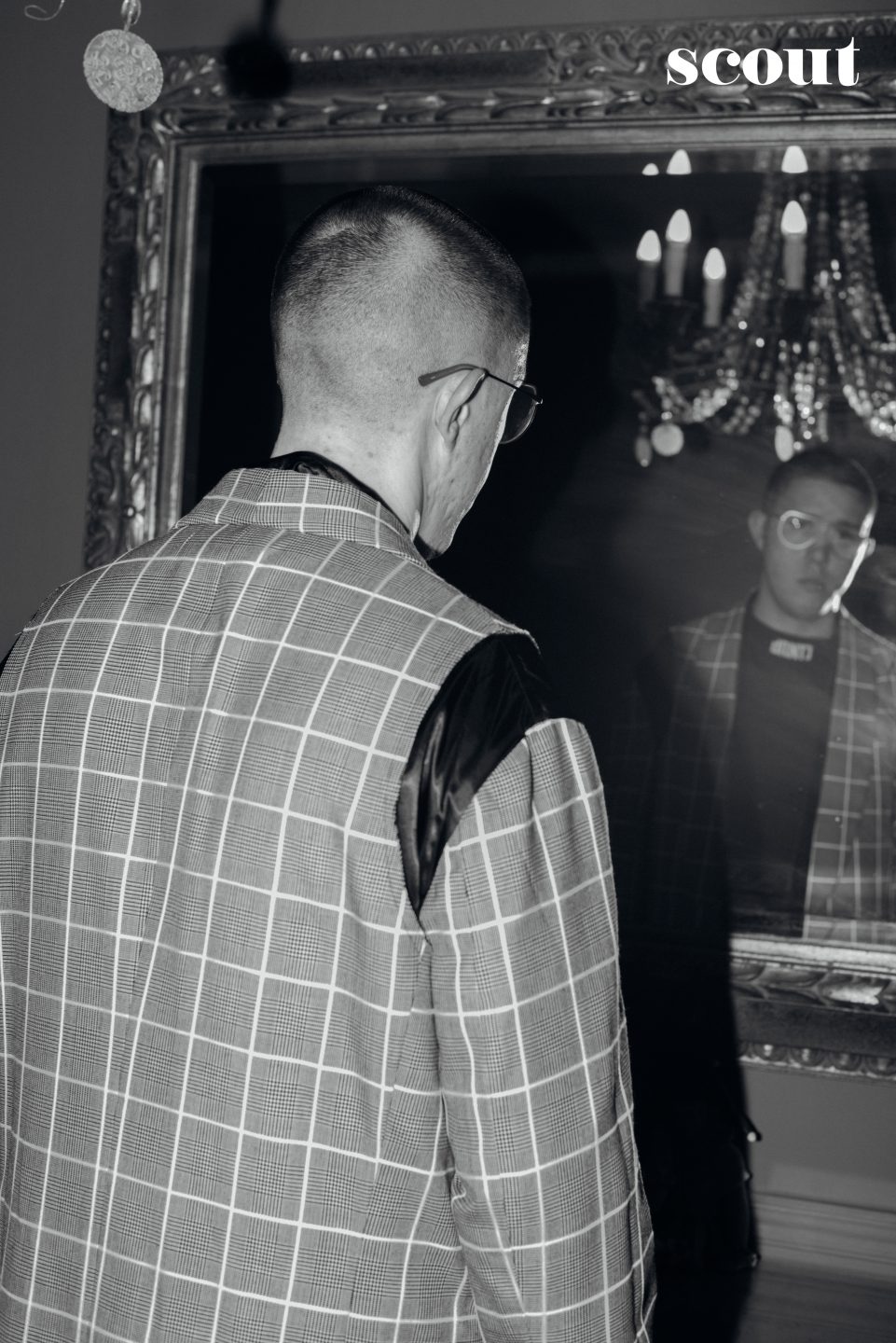 Billy sees both versions of “Headspace” as tracks echoing his personal growth. “I feel like the original was about sorting myself out and the remix is about going back to the Philippines and dealing with like eight years of bullcrap,” he confesses. “I realized I had personal issues with my own culture that I’ve sorted out now.”

With Nadine, Curtismith, and Massiah breathing new life to an old track, Billy saw them as the perfect trio to bring his vision to life. Compared to the first version’s dance/electro composition, CMM’s take on “Headspace” leans more to funk mixed with some soft keys, mild melodic guitar licks, and sick bars from the crew.

“The music scene right now is a volcano and it’s finally about to explode. I think I got here when the volcano is shaking already.”

“When I first heard Massiah’s verse, I wanted to slap myself. He’s a scary good rapper hailing from Dumaguete, while Mito was a beast,” he muses. “His tone is just like a Japanese admiral coming back from the bay with his big ship. And then, Nadine gave that necessary Filipino R&B sound that’s so unique. Everything’s freaking good.” He also brought up how James chipped, while mixing Nadine’s verse. “He wants her to sound amazing, and he did like these crazy things. It got me excited, it’s probably better than the original.”

Immersing himself into his second home’s music scene began with Twelfth House’s Supermikki. During a get-together at The Apartment, he heard Curtismith and crwn spin for the first time. “And that’s my gateway to the current Filipino music industry. I was like: ‘Wow, they have so much creative freedom! It’s really friggin’ cool.” 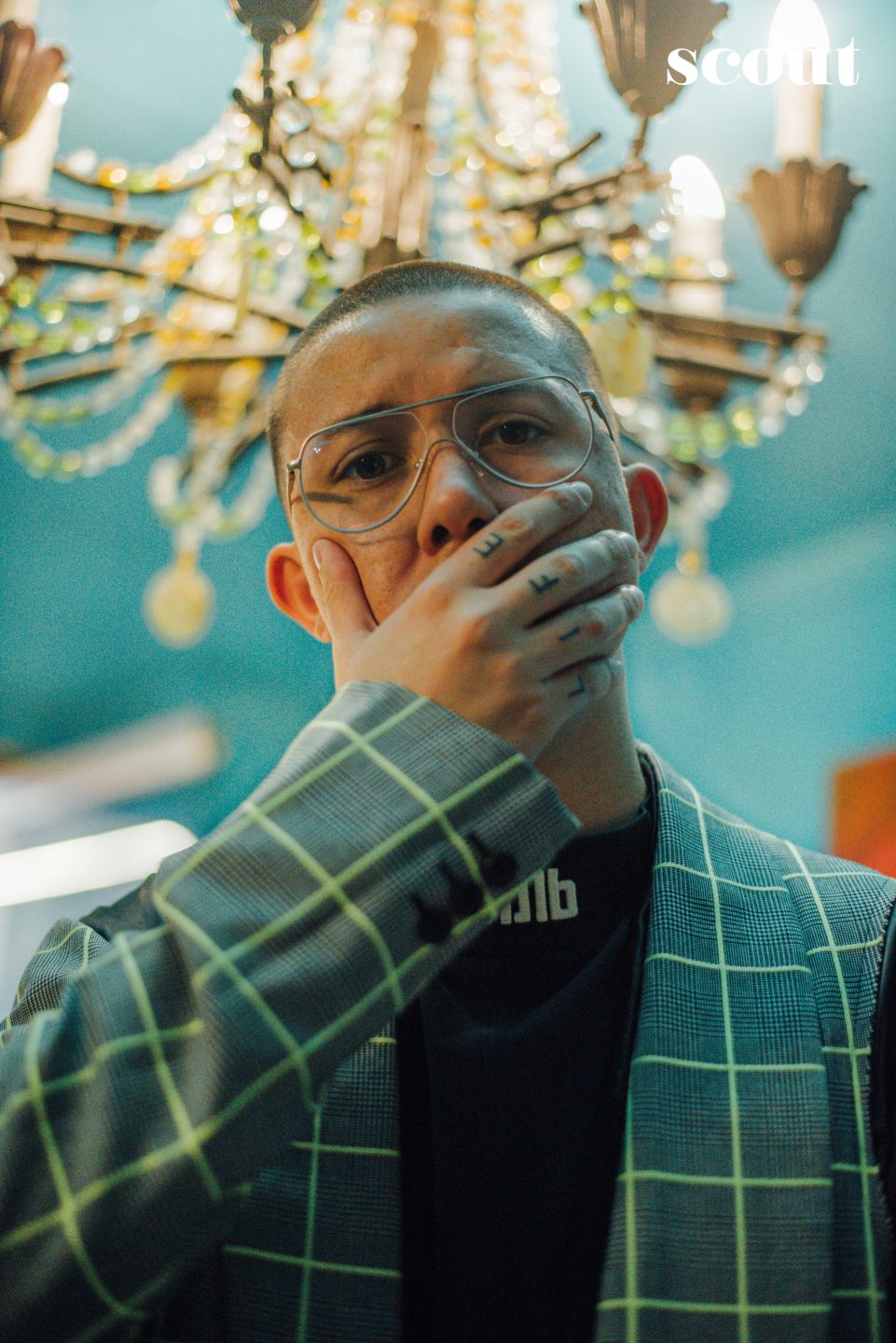 Coming back home to the Philippines for few months gave him so much. He reconnected with his heritage, got closure with his inner conflict with identity, learned about his second home’s current sound, and working with the people who make it happen. This overdue homecoming gave him the growth he didn’t know he needed.

Nowadays, he’s catching up on lot time, learning more about his fellow Filipinos’ current music scene and youth zeitgeist. It got him some new found appreciation for an important side of him he hid for so long. “Filipinos freakin’ dance, sing, do everything. But it’s been, it’s legit been amazing. Every single session I’ve been in with these artists has been fire. It’ll go beyond the Philippines,” he continues. “The music scene right now is a volcano and it’s finally about to explode. I think I got here when the volcano is shaking already,” he says. “Our sound can go global.”

The current Filipino music scene is ready to blow—and Billy’s glad to be here when it does. Who knew coming home would give someone so much to look forward to?

SHARECongresswoman Sarah Elago is amazing. She is the youngest legislator in the 17th...

SHAREJust when we thought that the release of their third studio album A Brief...

SHAREWhile the world continues to pay tribute to the late Chadwick Boseman, ComiXology...