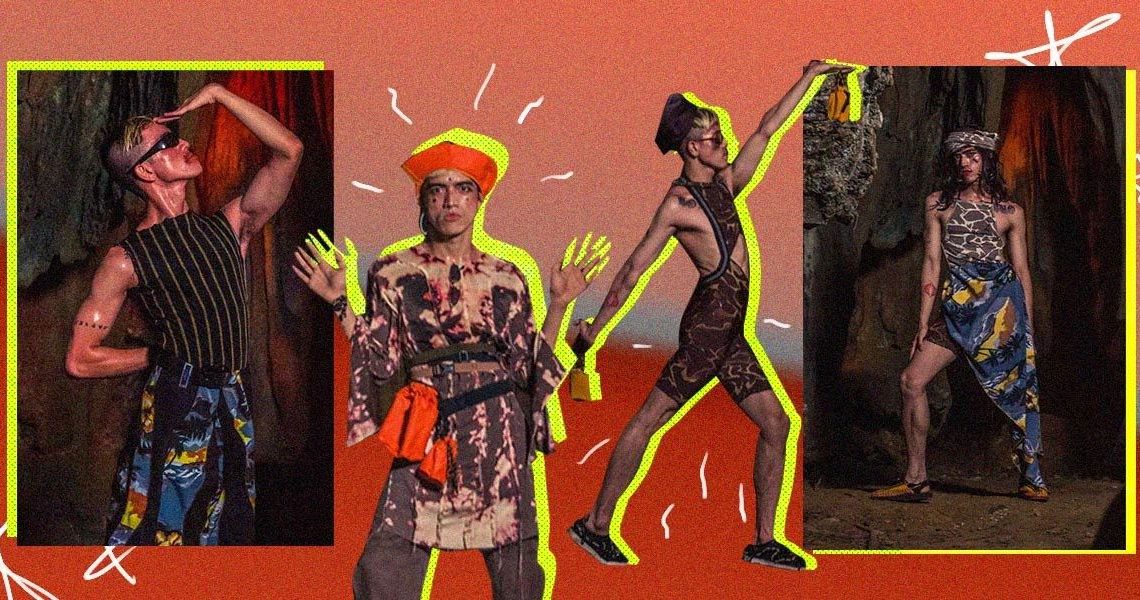 The party scene may be dead, but it finds its way back to the land of the living in clever ways.

Case in point: the latest brainchild of local fashion brand Toqa dubbed “The Rave Cave.” While the underground parties of the past are now just memories for most, Isabel Sicat and Aiala Valdovino—the minds behind Toqa—resurrected the vivid nightlife scene into 16 looks through their collection. The Rave Cave first came to life earlier this year, hidden inside their Moodyisle project back in February.

“There’s a part in the Jimmy Whoo song where it vibrates, and we immediately envisioned the shot—a seamless beat, 16 full looks flashing like a strobe light on the dance floor,” Isabel and Aiala explain of the Rave Cave’s conceptualization. “It’s only four seconds long in the Moodyisle film, but it was the most visceral, concrete thought. That helped us in jumpstarting the rest of the film’s creative process.”

Styled by and starring “protagonist” Paul Jatayna of queer underground mainstay Elephant, Rave Cave assembles some of the most notable figures in the queer creative scene. Aside from their lead, the project also brings together DJ Samantha Nicole of TodayxFuture and Unknwn, as well as photographer Borgy Angeles. For Isabel and Aiala, it was seamless, as far as collaborations go—almost like fate. “The entire October cast of Rave Cave came about organically, just like any good night might have,” they say.

We talked to the Toqa girls about the Rave Cave, the struggles of its creation, the queer underground scene and the one word that could sum up the wild and vivid world of the Rave. 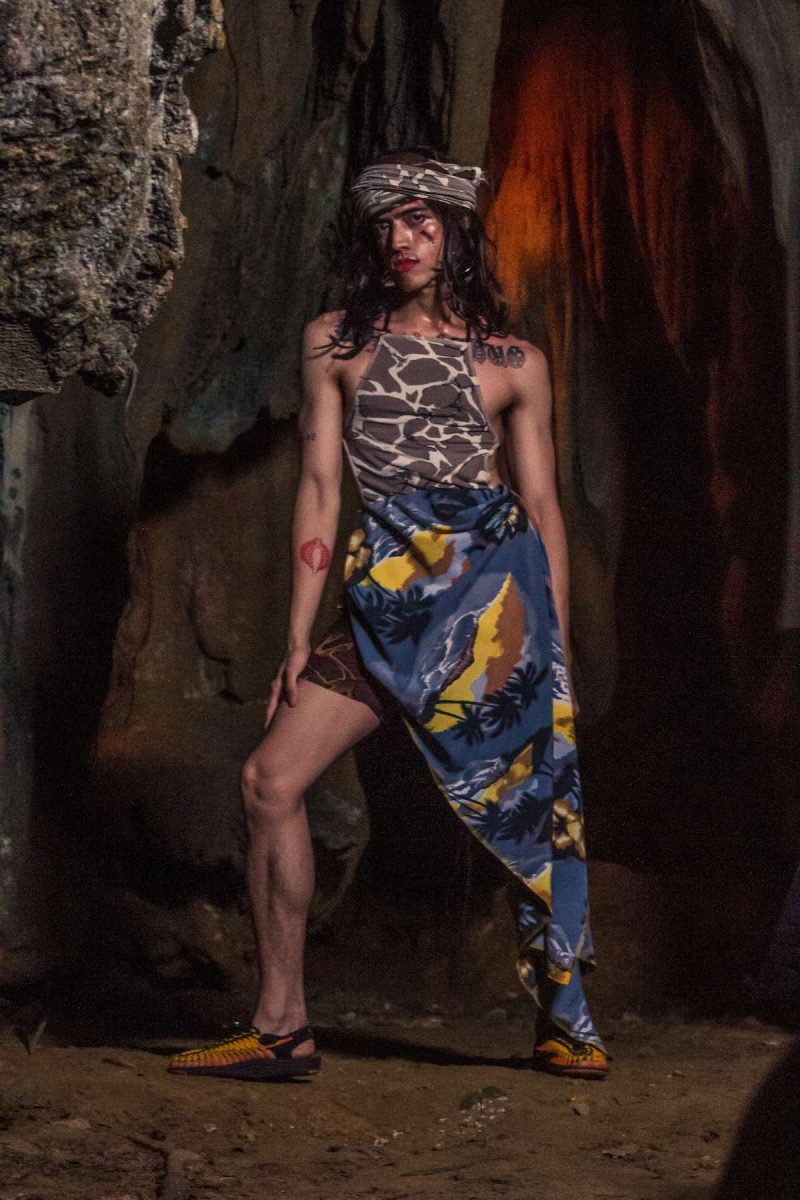 Rave Cave is an homage to the wildness we first found in the city.

We shot our protagonist, Paul Jatayna, dancing in 16 full looks with jump cuts to the beat. It was a nod—or a collection within our collection—to the underground club culture that first welcomed us to Manila.

We fed on this energy in its most active form. There were no boardrooms for artists and designers to hold meetings. Instead, we congregated in spaces like the dance floor.

Rave Cave is an homage to the wildness we first found in the city.

These social environments, paeans to the chaotic and creative Manila energy, informed our practice and concept just by virtue of experience. It was a way to participate and share ideas about movement, the composition of an outfit and music. Dancing is an essential part of our creative process.

All the clothes are the same ones from our Moodyisle collection, styled in a manner that reflects the chaos, camp and abandon of the Rave Cave. 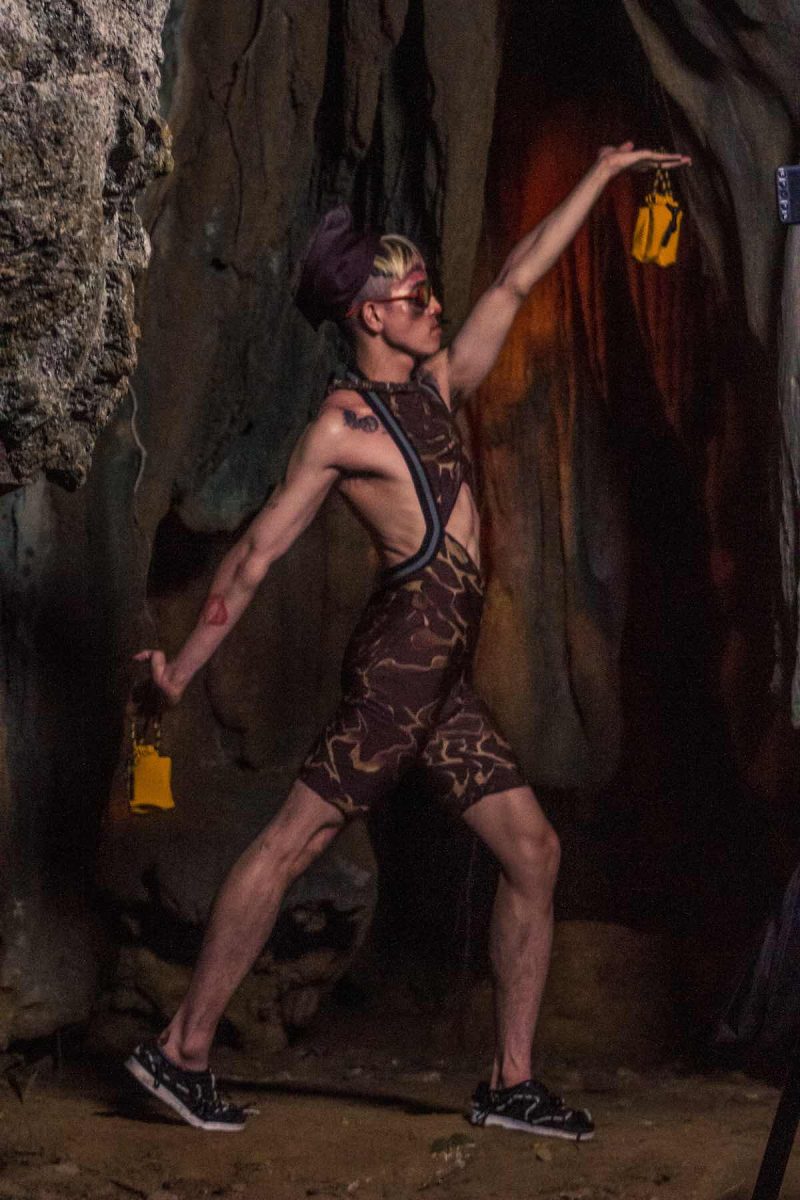 How would you describe Rave Cave?

What were the challenges you bumped into during its creation?

The Tarzeer Boys had to build a rig inside a tiny cave at Lagen Island, which could swing in a controlled motion, capturing the same arc each time. Paul had to choreograph and dance out a singular sequence that could be seamlessly stitched together in the editing room. Given the production schedule, we had only one night to style on-spot and execute in El Nido.

We filmed it in a manic span of four hours, racing back and forth between the cave and the green room, pulsing, chanting, keeping to the frenzied rhythm of sweat and ecstasy. 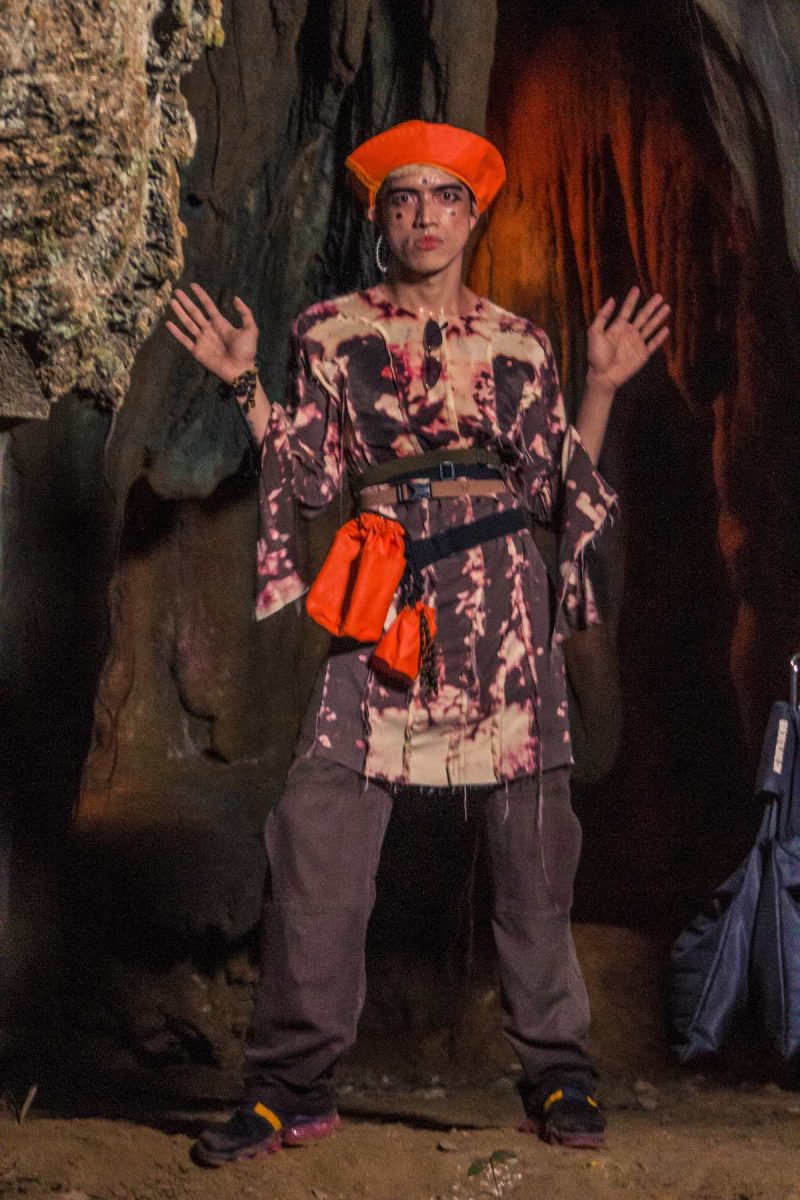 How was your collaboration with Manila’s queer underground community?

We owe Toqa’s creative ecosystem to our tenure at Elephant. The party introduced us to our best friends—photographers, artists, performers—the most talented people with the sickest dance moves and the biggest hearts. We found communion in collaboration.

If there’s a single message your audience should draw from the collection, what would it be?

The clubs and spaces we’d usually haunt this time of year are ghosts now. Given the devastating dearth of camp, glam and debauchery, we thought it might be a timely treat to drop a goodie into the world’s metaphorical candy bucket; conjuring a little Halloween magic in the form we know best. We hope it’d be a little elixir, to stave off, for one moment of fantasy, the stifling seriousness of this year.

Styling and modeling by Paul Jatayna

Amp up your ’gram game with these 4 fresh kicks

It doesn’t matter whether you’re homey cottagecore or edgy e-girl, we got versatile...