Happy Asexual Awareness Week! Wait, what do you mean “what the hell is ‘asexual’?”

Usually asked by either boomers or unenlightened kids, this little query is a mainstay on the proverbial FAQ page of many aces. Asexualism is hidden in plain sight, tucked beneath the letters of LGBTQ+ or even LGBTQIA+ (does “A” stand for “ally” or “asexual”?). Asexualism can be so obscure that people would naively ask:  “Uh, isn’t that a term that applies only to  plants?” (No, just no.)

Well, let’s cover the basics for you curious folks. At the most fundamental level, an asexual is someone who doesn’t get sexually attracted to anyone, regardless of gender. Of course, this doesn’t necessarily fit all—asexuality is a spectrum, with some experiencing little to no sexual attraction at all, while some do but only in certain circumstances.

Aces are a misunderstood lot, and there have been one too many raised eyebrows thrown their way whenever they label themselves asexual. From doubting their existence to questioning their health, people have regarded ace folks with suspicion and box them inside a range of misconceptions. Here are some of the usual suspects and the actual deal.

“Are they monks or what?”

Asexuals aren’t choosing to live the celibate Jedi life. Abstinence and celibacy are far from the ace life because of one factor: choice. Abstinence—as most students of religious high schools know—is deciding not to have sex, usually for a temporary period, maybe because they’re waiting for the right person or for marriage to make everything legit and within the moral code of their religious beliefs. Celibacy, meanwhile, is deciding to abstain from sex and/or marriage for the long term. Their common denominator? They decided to go down that route. Asexuals didn’t.

Plus: Asexuals might not actually abstain from sex because some aces actually do it—which brings me to my next point.

“There’s something seriously wrong with them.”

No, it’s not a hormone problem or a mental disorder. This misconception has been particularly dangerous to asexual people because it has led to false diagnoses. As reported by Teen Vogue, the Female Sexual Interest/Arousal Disorder and Hypoactive Sexual Desire Disorder (meaning low or absent sex drive) from the DSM-5 were considered a diagnosis for asexuality. On the contrary, research says no—people who were diagnosed with the disorders are troubled by the lack of their sex drive, but asexuals aren’t. This is yet another case of “let’s get you fixed.”

Some aces do have sex because the desire to do the deed is differentiated from a sexual attraction for someone. Asexualism doesn’t necessarily mean that they don’t enjoy the act—it just means that nothing really sparks off below the waist whenever they look at someone.

Asexuals can have some lovin’, too. Romantic and sexual attraction are two different things. Some may assume these are similar, but both are distinctly different experiences. Ace folks can identify as panromantics and be in romantic relationships, while there are those who consider themselves as aromantics. 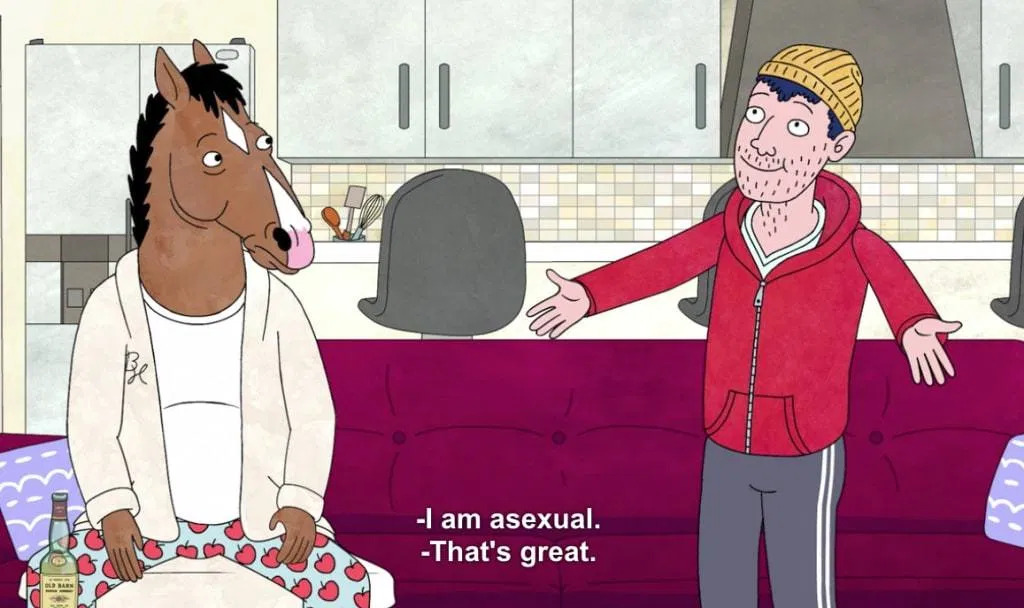 “They just haven’t found the right person yet.”

Ah, yes, here’s the classic response from parents of aces everywhere. This could be true for demisexuals who are sexually attracted to people only after an emotional connection. But the thought coming from others can be pretty dismissive of asexuality.

“You wouldn’t tell a straight guy that they just ‘hadn’t met the right man yet’ as an explanation on why he’s attracted to women,” reads one article. “It suggests that our sexuality is reflective of our company, that no one we have ever seen or encountered has met our standards, and thus we haven’t experienced sexual attraction to the extent that the term ‘asexual’ could be applied.”

It also speaks of the standards of sexuality that society wants people to masterfully balance in convoluted ways. While hypersexuality is a no-no for other folks, the notion of having zero sex raises red flags for them too.

“Do they even exist?”

Yes. They aren’t mythical creatures; asexuals are as real as they get. The lack of rep doesn’t mean that aces don’t exist among other letters in the LGBTQ+. While aces are still fighting for full-fledged representation (even through fictional characters), it’s best to remember that they’re here, they’re queer, but not broken at all.

SHAREThe island boys are coming back home for one night only. Read more: Vancouver’s...

SHAREBy Roi Lim The Electronic Entertainment Expo, or E3,  is the week to...