“How are you?” Nadine Lustre asks even before that same question came out of my mouth.

I wasn’t sure what to tell Nadine, a multifaceted artist practically everyone I know (my best friend, my friend, my friend’s friend, my high school batchmate and my cousin) stan full-time—I knew my place in the Zoom interview was a make or break.

Wait, how was I? Ten seconds before she said those words, I was preoccupied with a couple of things: her PR team’s reminders, my internet connection on the brink of death and the fact that I’m talking to Nadine. All of that, plus my interview questions, tried to scramble inside my head.

Meanwhile, Nadine is busy. “I’m good, sorry for the delay. We’re still at a shoot,” she tells me after I finally ask how life has been treating her. Clad in a black blazer, glossy makeup and soft curls, she apologizes once again like I was the one she caught up with mid-shoot. 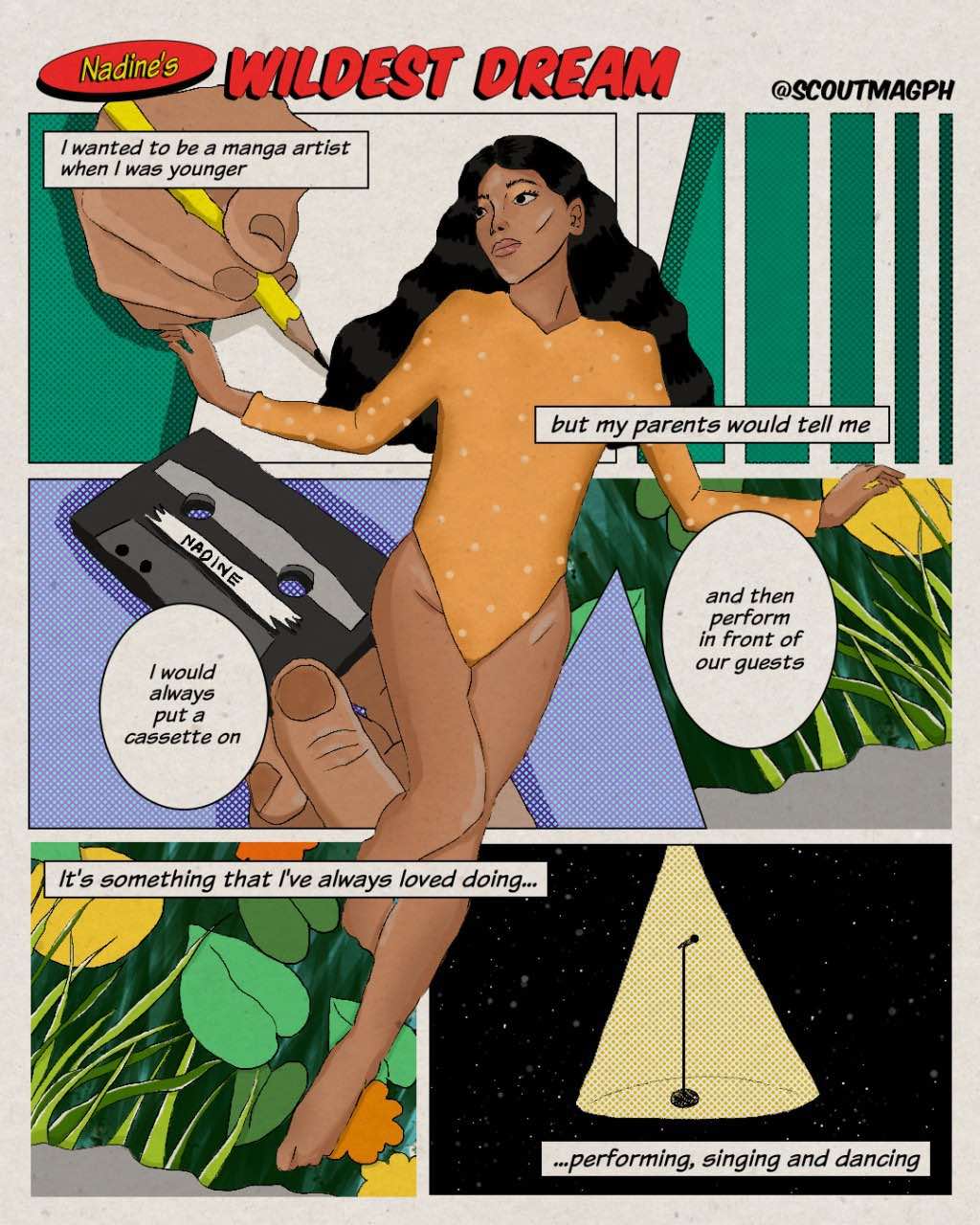 Nadine could’ve said that life has treated her like a favorite. With a well-received filmography, multiple acting awards, active advocacy work and 24/7 endorsements in her catalog, she has now finally launched her highly anticipated debut album “Wildest Dreams.”

Call it a huge leap from her previous pop-R&B motifs but her new sound’s experimental layers now take the front seat. Instead of direct jabs and instant head-turning beats, this debut output hypnotizes us with slow burns and introspection that creeps into our subconscious eerily—surprising us with its own brand of thunder and lightning to boot.

This debut output hypnotizes us with slow burns and introspection that creeps into our subconscious eerily—surprising us with its own brand of thunder and lightning to boot.

“Your album marks some kind of metamorphosis—” she cuts me off out of excitement, two fists up in sync, “yes, yes!”

“I guess, as with growing pains with music, writing and producing, it’s just the journey of the music and working on the music. Mas ’yun kaysa personal stuff,” she says, explaining whether there was anything she found difficult to let go of while manifesting Nadine 2.0. The lockdown definitely gave her a chance to get up and work on her stuff, and plenty of room to weave new musical narratives.

Nadine could’ve said that life hasn’t stopped for her. Or it’s been nothing short of amazing. But instead, she ends with, “thank you, thank you so much.”

It’s easy to be intimidated by Nadine but that quick introduction alone already broke the ice. Throughout the conversation, I slowly saw her beyond what everyone—including me—initially perceive: a daunting force to reckon with and to root for.

The idea for “Wildest Dreams” started back in 2019. “But last year, it was really just me and my producer working on some stuff, so ’nung time na ‘yun, hindi pa siya masyadong seryoso, it was just something that I wanted to try out,” she says. 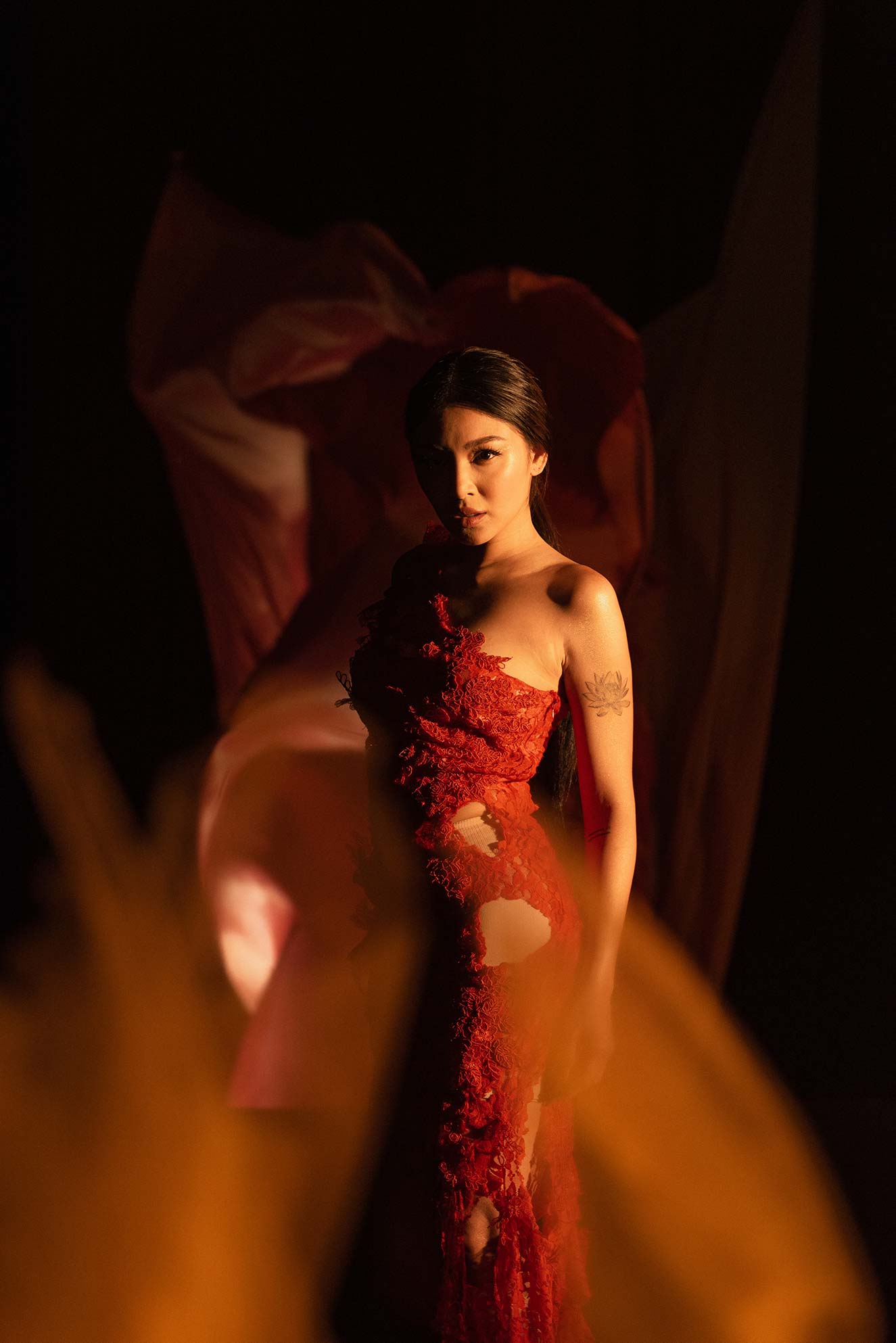 The “I’m falling / ’Cause I’m all in” lyric in her title track reflects the album’s process—both technically and personally. “Ever since, I’ve always been insecure of my writing. I tried it before but I wasn’t really successful, so I decided to put that aside and not touch it anymore kasi nga natakot talaga ako… na-disappoint talaga ’ko sa sarili ’ko that I couldn’t write,” she confesses. “Since then, I’ve just been intimidated—like when there’s words or when it’s about writing. I get scared.”

“Ever since, I’ve always been insecure of my writing.”

Fortunately, “Wildest Dreams” took off again in the last quarter of 2019. “I remember even messaging Mito/Curtismith and I told him ‘yo, I have a concept in my head for the album but I’m not really sure if it’s good or okay or what.’”

You could say that the finished album trumps the insecurities of the process, as it boasts a strong, confident declaration of transformation and underpins the self-realization needed to come full circle. If it were a person, it’d be adventurous—someone who “loves exploring and [who’s] just in love with life,” Nadine says.

This rings just as true for her wildest dream right now. “Travel the world, see the whole world, explore every corner, if possible.” She wants the same experience as broadcaster David Attenborough, to be exact, as he’s already seen everything. Compared with her other answers, this was the quickest one she gave. Clearly, she knows exactly what she wants right now and wants us to experience it, too through her music.

In Nadine’s previous singles, it was obvious that she knew, too, what she wanted and it continues with the worthy “Wildest Dreams”—only this time, she’s already carved her own niche in the industry.

If [“Wildest Dreams”] were a person, it’d be adventurous—someone who “loves exploring and [who’s] just in love with life,” Nadine says.

“That’s true na I was given full creative freedom with this one, mainly because it’s my album. So I was very lucky I have Bret, Haissam and James to help me out [with] this kasi nga, like what I said, hindi pa ako gano’n karunong when it comes to music and producing. They were there to kind of hold my hand,” she says, never missing the chance to mention and credit Careless Manila’s guidance.

Being locked in the studio for two weeks gave them the right headspace. With Careless producer Isagani Palabyab helping orchestrate the process, Nadine laid all her cards on the table and confidently influenced the collaboration. Ideas, lyrics and melodies were thrown around, a testament to Careless’ highly collaborative nature. At times when Nadine wasn’t in the room, the team made sure they consulted her immediately after. “They would ask me first like, ‘Can you relate to this? Are you feeling the vibe?’” 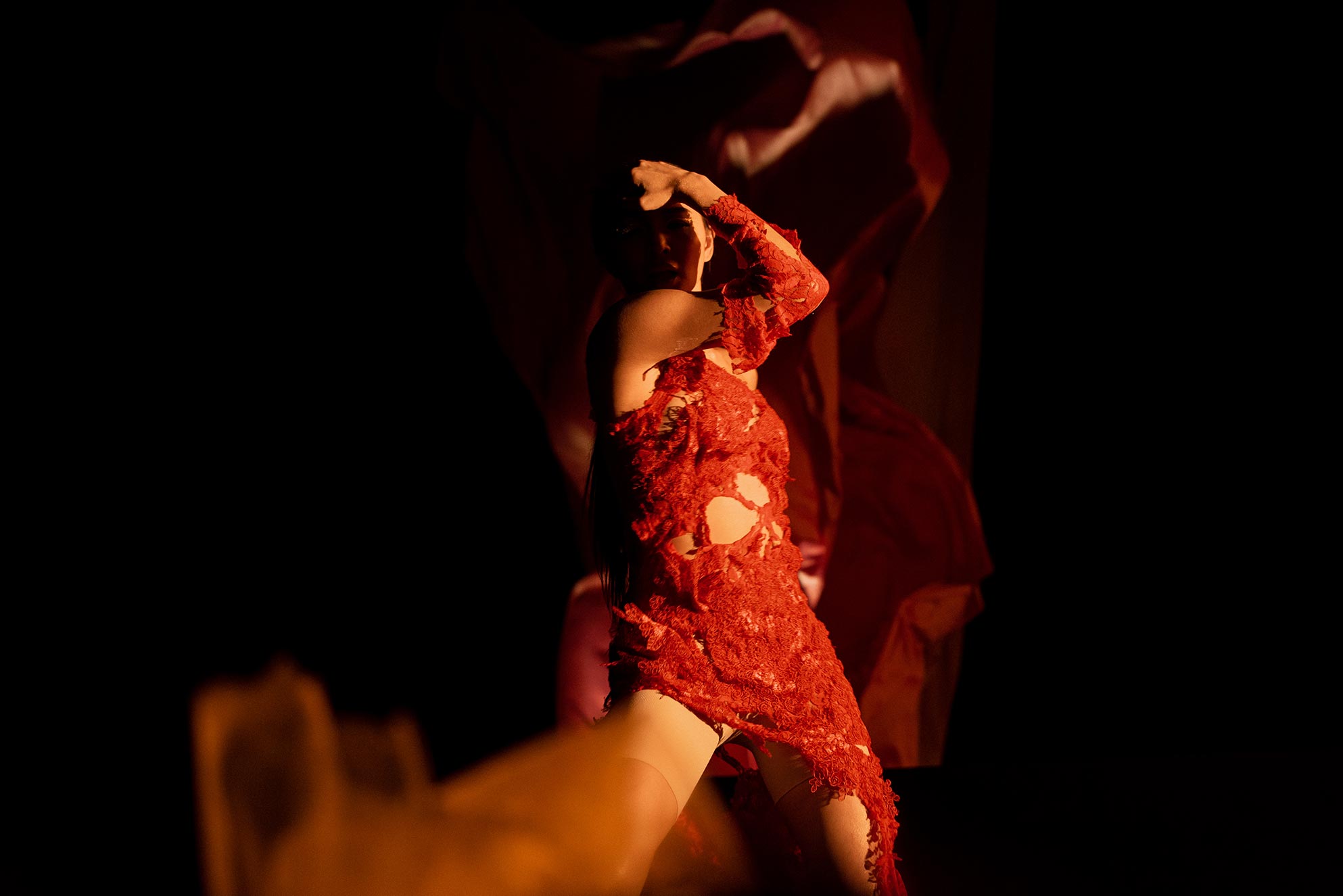 I initially thought that her pauses were subtle signs of our limited time slot. But I didn’t feel Nadine rushing her answers—in fact, she even brought up topics herself (she saw and laughed at Scout’s meme) and was even generous enough to add backstories. For example, the origins of her song with James Reid, “Complicated Love,” is a love letter to a “Breaking Bad” episode.

As her debut album takes off—setting itself as an eventual benchmark for artists like her—Nadine’s name gets hammered into a sphere that’s completely her own. Her vision casts off the constraints of the one-dimensional artista expectation. No wonder my best friend, my friend, my friend’s friend, my high school batchmate and my cousin used Instagram Countdown stickers to anticipate Nadine’s “Wildest Dreams” release. Honestly, I stayed up for that drop too. Maybe this is the future.

[Nadine’s] vision casts off the constraints of the one-dimensional artista expectation.

Was this her wildest dream when she was younger? “I wanted to live in Japan and be a manga artist,” Nadine reveals. “But my parents would tell me, ’pag may mga bisita kasi sa bahay, I would always put a cassette tape on and then play a song; perform in front of our guests. So I guess it’s something that I’ve always loved doing: performing, singing and dancing.” Now so sure of herself, we’ll continue to witness Nadine’s metamorphosis, whether we’re ready or not.

In this conversation, Nadine broke the wrong spells—and I willingly fell under her own.

After tweeting some climate change facts that were deleted (the Drumpf administration is...