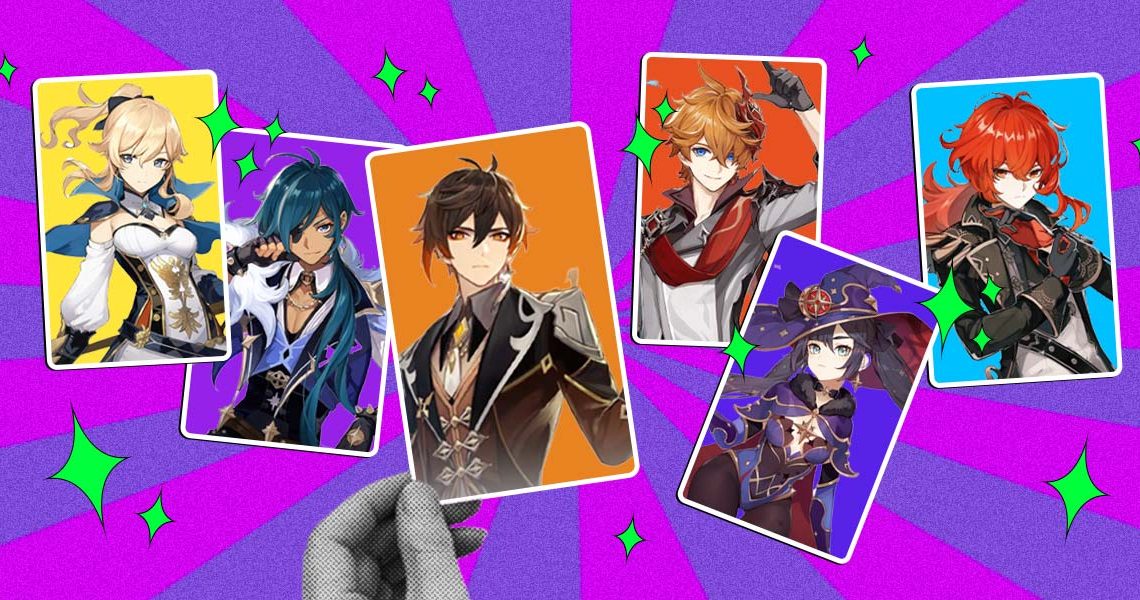 !!! This story contains some spoilers of the game’s story arcs, in case you’re not very far into the game!

I hadn’t pictured myself playing an online role-playing game (RPG) this religiously. I play games, sure, but I wouldn’t consider myself on the same tier as my gamer friends who actually dedicate time and effort to games, even streaming them and sharing the experience with other people as interested in games.

I’m not really into that life. I prefer to enjoy games by myself, even swore not to go anywhere near Mobile Legends (ML) ’cause a huge part of the game experience there is multiplayer, and I’d rather miss out on the ML craze than subject myself to being carried by the team. Anyone else feel intimidated even in-game?

On that note, a show of hands: Has anyone here been personally victimized by a bunch of pixels shaped like your unrealistic ideal type? Yeah, uh, guilty.

I’ll make an exception with Genshin Impact, though. I found this game thanks to Google Play’s recos, and it probably should have come with a warning. Like a big ass sign with headlights and blaring siren noises warning me that this game will not only drain my sleep hours, sanity and phone memory (and wallet sometimes) but also the space in my imaginary harem.

I’ll show you why.

It’s only proper to start this mess with one of the first hotties you’d encounter in the game. Exhibit A is Kaeya. He’s the Cavalry Captain of the Knights of Favonius, a group of elemental fighters who swore to protect the city of Mondstadt. Invented being (sp)icy. His hair’s so big ’cause it’s full of secrets. He’s that cheeky guy you’d love to hate because he knows how to rile everyone up.

I don’t care what anyone has to say about Kaeya and his supposed B-tierness as a playable character―this is the OG husbando of the game. How does he get to be this hot and (literally) cool at the same time? Melanin king, great travel buddy and has the best fashion sense in all of Mondstadt. I love this man so much, 10 out of 10.

Now, see―I hadn’t known true husbando material till I saw this pyro papi (the fanbase coined this, I swear). Allow me to introduce Diluc, probably the (literal) hottest and most overpowered character in the game so far. He runs a winery and a tavern called Angel’s Share, so you know this guy’s rich. A whole ass tycoon. But what some might not know is, we get to see this tsundere’s vulnerable side in the official manhwa of this game.

He bends fire to his will and wields a large, heavy weapon called a claymore, so you know this guy deals a ton of damage, practically carries the team so it’s not a surprise that a lot of players want him (that’s me, I’m players). Shoutout to the devs, please give us this bad boy.

This game seems to deviate from what we’d usually picture as a knight: blindly following a monarch’s orders, clad in full body armor and, well, male. Jean is a great example of that, and the game’s story arcs show the player how much she cares about Mondstadt and would do anything to protect the city, even if it means going up against a raging dragon.

This game’s got a lot of amazing characters, but I gravitated toward this water-wielding mage named Mona. If I were a character in this game, I’d probably be her: astrology trash, emotionally constipated and financially unstable.

She’s a great astrologist but values it to a point where she never uses it for profit, so it’s no wonder she’s living the thrift life. But I wouldn’t mind being read to filth by this blunt mage―by all means, she can tell me how trashy my sun sign is and I’d agree.

And then there are these guys.

This game’s just a little over a month old and there’s still so much to be explored and many new events to look forward to. Not saying I’m simping over Childe and Zhongli over here, two characters who haven’t even been released yet, but I said what I said.

What I love about this game is that the more you play, the more you get to know these characters and their world as you unlock bits and pieces of their origin stories. Along with beefing them up into badass fighters, you get to connect with them through their narratives, too.

There’s so much to explore in the world of Genshin Impact, even beyond its beautiful characters. I’d recommend it, even if you think you’re not that much of a gamer. It’s a game for everybody, and there’s no hard set of rules on how you’d play.

Play solo or with friends, whatever you’re comfortable with. Spend hours fighting lowly hilichurls, collecting resources, exploring every corner of the map or blowing away the pigeons of Mondstadt. The game lets you enjoy it however you want. It just so happens that I’m staying for the characters I can play as and those I have yet to meet.

So, uh… anyone out there who wants to play on co-op and cry about not having Diluc yet? Hit me up.

Now, the band continues the thoughtful (and catchy) introspection it’s become known for...