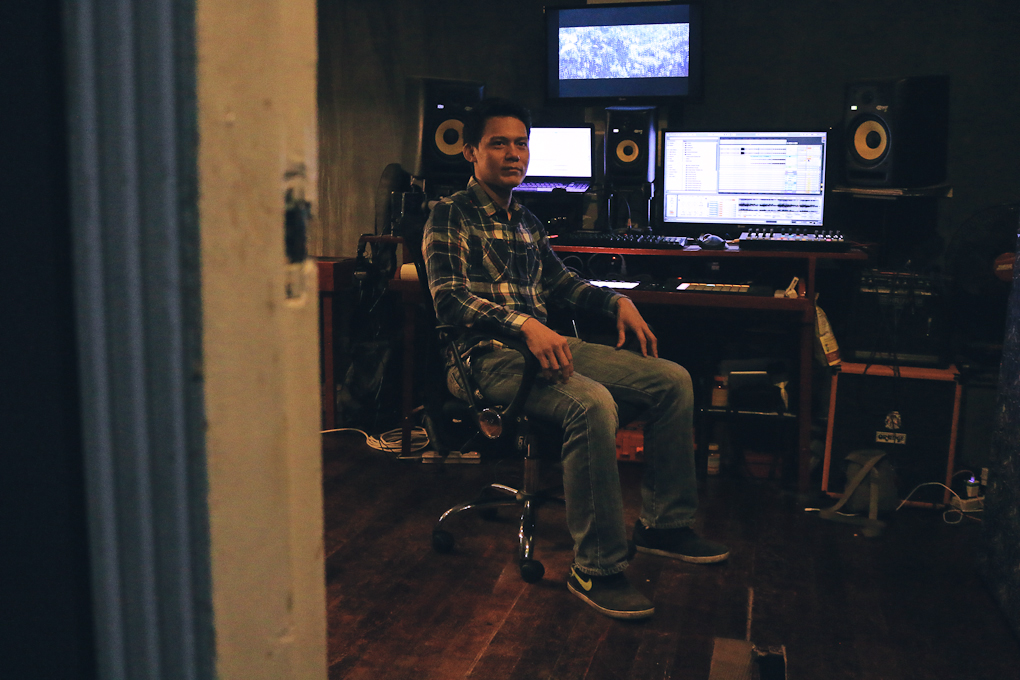 From the name itself, Monoxide Works identifies as “the poison within the system,” where conformity is a shunned concept that goes against their unconventional methods in making a name for themselves in the industry.

With the rapid advancement of filmmaking technology, traditional filmmaking becomes archaic. Filmmaking is now accessible to anyone who has a laptop, a smartphone, and an idea worth pursuing. In this period of infinite possibilities and innovation, Monoxide Works thrives in the principle of simplicity and why, at the end of the day, films are not legacies of technology but human collaborations. Rob Jara and brothers Jedd and Bryan Dumaguina shares what makes Monoxide work—and their thoughts on the current state of independent cinema in the country.

What inspired the creation of Monoxide Works?

Jedd: Back in the day in film school, the usual problem for filmmakers is finding a place
to create their films. Another problem is that [post-production] houses are very close to having a rigid corporate structure. We don’t have that. That’s the whole point of why Monoxide Works is named Monoxide Works, because it’s actually going against the flow. Everyone here is freelancing, no time-in time-out, whatever you do before or after in between we don’t care as long as you deliver, that’s the bottom line.

Also, I’ve always wanted to have a space where anybody could actually just come in with their material or whatever and then have all the tools around for them to work with. This idea came from what are called hacker spaces, which started in the U.S. around 2005. It’s a space where you have all the tools you need to make a DIY project. So, if you’re a filmmaker and you need a place to do your post, you can come use whatever tools you need and are available and knowledgeable people that can help. If you have your own team to work with, then you can bring them in here, if not, then we can provide you with our own team.

What was it like entering the production industry in 2011?

J: I wouldn’t say it was harder than today. I mean, it’s almost the same thing. Of course, today, high-quality material is more accessible as supposed to when I started before: It was all about standard definition and the end game was HD which was three times the price of budgeting. In terms of the whole production end, people right have been more efficient compared before. We were in the transition period, I had to move forward with the technology we’re using and we’ve incorporated that during our adjustment. Back then, we’re talking about millions in production, now, if you have a few laptops then you could probably start your own post-company. As long as you keep up with the advance and the trend. 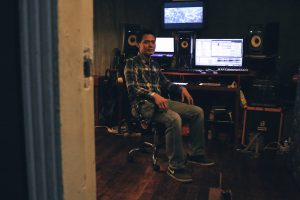 Focusing on film, what’s your edge compared to other production houses?

J: It would be the concept that if you need a place that can give you creative inspiration or a set of people who could actually guide you to be more efficient and at the same time give you a way to realize your creativity then this is the place you can go to. And in terms of market, we cater towards nonconformists.

Rob: For us here at Monox, as much as possible we try to keep things simple. Once you go to us, you won’t be treated as a client.

Bryan: That supplier relationship does not exist.

J: We try as much to be friends with everyone. From the name itself, Monoxide Works, we’re the poison in the system. We don’t conform; if we’re more efficient in a certain manner then that’s what we’ll follow. Basically, we’re trying our best to have all of these things that you can do to inspire creativity and productivity altogether. We also treat people here at Monox as a family. It’s not just about having space. It’s about having the people around you which are more important to us.

B: There’s no hierarchy, there are people who are experienced but no one’s necessarily a boss.

A lot of people want to pursue a career in film these days, where do you think this surge of interest comes from?

R: Well, you can’t discount this sort of boom in Philippine independent cinemas. Nowadays, there’s this perception where if you’re doing indie, it’s a cool thing. And the fact that anyone can do a film as long as you have a laptop, a camera, even an iPhone. Also, the demand for content, video content, is also overwhelming,

J: In pursuing the career [in film], it’s much easier today. The opportunities to tell your own stories increases whether through photography or film. Along with the millennial generation, it’s all about having that voice to speak out.

B: With social media, people have access with and when they see it, they get inspired somewhere along the line, then they say, “That’s what I want to do.” The millennials have probably seen or heard the story of their parents and the people before them, and they’re probably just fed up with a corporate career, or they just don’t want to follow it. They break ground and become their own boss.

Most Filipinos were not bred to be that way. We’re usually bred to go to a good school, graduate, get a good job and then hopefully get a good separation or retirement pay afterward. We were not taught to learn how to own our own businesses, to make a name for ourselves and prosper. I guess a lot of today’s generation are realizing that because you have all of the resources at your feet. We didn’t have that before. The internet changed everything. I guess that’s what’s opening the minds of a lot of people and giving them more career choices in life. 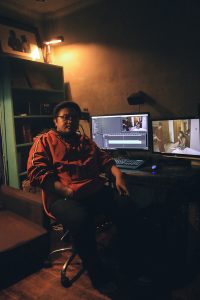 What are your thoughts about the independent film industry in the Philippines?

R: Independent cinemas have been around since the ‘70s, even though big studios like Star Cinemas and GMA have continued to dominate cinemas with what we call mainstream. And when That Thing Called Tadhana came out, people were eating it up, so to speak. They say it’s the new indie when it actually isn’t. It broke the mold and was shattered when Heneral Luna came out. It had a lot of international films to compete with along with a few screening reservations, then it started going viral on social media which greatly helped in increasing the film’s sales and audience.

But I think somehow, there are some blurring of the lines. It’s good that the Filipino audience’s taste towards indie films are evolving but then we still see the mainstream “eating” indie. We have to be mindful of this evolution. Because we can never get rid of the mainstream. Now, unless you make a hugot film or something like Heneral Luna, there can never be an instant audience. Essentially, the situation’s still the same. Independent cinemas will produce something groundbreaking but then mainstream will most likely co-op the system. And we’re left with what? But I think it’s a good thing that we’re left with challenges to create more, where the quality only goes up. It’s good that the audience’s tastes are evolving, even the festivals, their adjusting.

However, we hope for more support from the government. You can’t have the mainstream studios running rampant with their mainstream themes. Yes, there’s some funding being given from the cultural arm of the government but that’s not enough. That’s one of the things we should lobby, not just for the film but for other art forms as well. 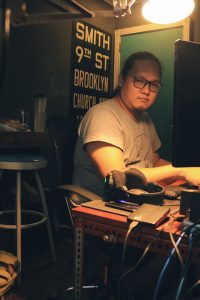 If Monoxide Works can produce any kind of film right now, what would it be?

J: Since the people here are diverse, our goals are also diverse, and due to that diversity it’s hard to pinpoint Monox’s niche market. I think, one big factor on why we can’t decide our niche genre is because that will also defy the whole point of why Monox is Monox. But for me, if given the chance, I would do something based on magic realism, fantasy, because that’s my forte ever since.

R: I’d go for sci-fi. We don’t have a lot of sci-fi films here, actually, it even seems non-existent.

B: Any of those that would incorporate an electronic score, I’ll do it. I’m tired of orchestral scores. They’re difficult to do. The reason is we don’t have the money to pay musicians to record a real orchestra.

SHAREWe put together promising individuals, duos, and groups who, at a young age,...