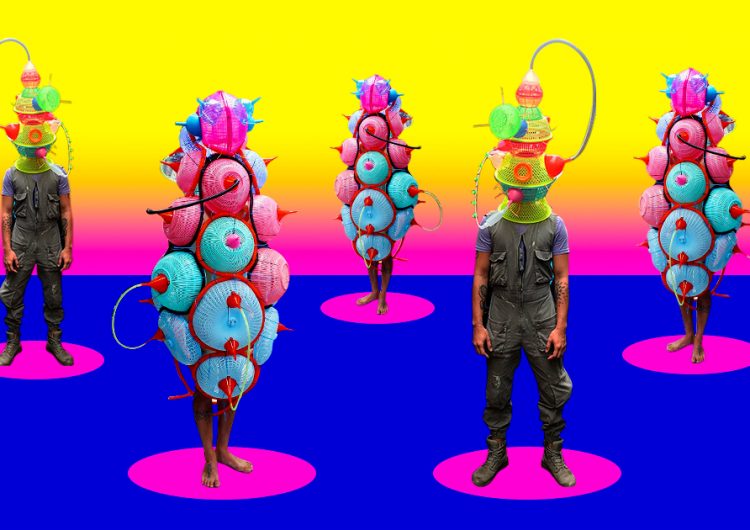 Hello earthlings, the neon-colored aliens from Leeroy New’s mind want to say hi. This attention-grabbing colony has been making its way all over the world since 2014 from Manila to California, and they’ve just landed in their latest target: New York City.

Leeroy New’s project “Aliens in Manila” will be on display at Pintô International until May, while he’s an artist in residence at the gallery. The project is a set of wearable art pieces that look very much like monsters you might see in a psychedelic nightmare, on a night when you’ve had one too many sugary treats.

If you’re lucky enough, his works might also pass you by while you’re strolling along the streets of New York. Leeroy himself, along with some friends, have been walking around the area wearing “Aliens of Manila” pieces. You might even spot an alien or two at your local laundromat. Don’t worry, they won’t bite. They might preach about the wonders of lechon, though.

SHAREElection season is here, and our streets are going to be filled yet...