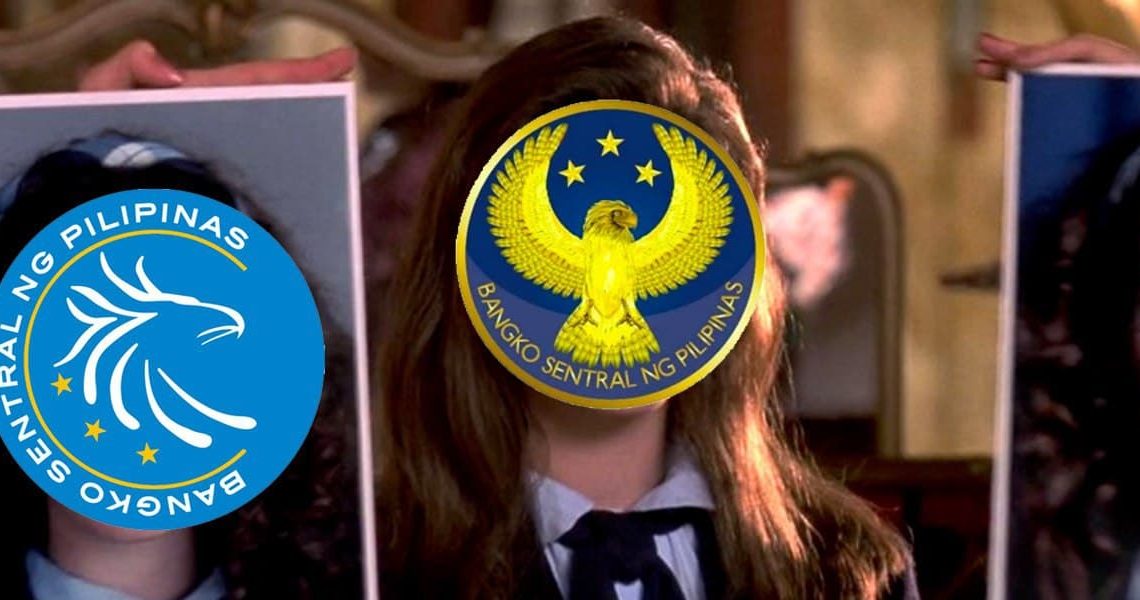 Remember when Bangko Sentral ng Pilipinas (BSP) got people’s ire when it changed the design of the five-peso coin? (which still confuses me, btw!) Or when it released the new P20 coin last year? Well, here’s part three of its rebranding spree: The new BSP logo is out and netizens are not having any of it (wait until you search BSP on Twitter).

Picture this: An eagle rendered in gold spreading its wings skyward, with the BSP name now at the bottom. The three stars now shine above the eagle’s head, and the blue background is several shades darker.

BSP said the design was inspired by wildlife photographs of the Philippine eagle and was endorsed by the National Historical Commission prior to Malacañang’s approval. Expect the new logo to be in use January next year.

Design-wise, it birthed many clones on the internet. Many have compared it to a video game medal, a Nazi logo, but also as a jarring comeback of the gradient font straight out of MS Wordart. Others even pointed out the disproportionate size of the eagle’s body to its head. (Is it even a Philippine eagle?)

But do we need a redesign in the first place? Is there any compelling reason to revamp the current logo at all? BSP Governor Benjamin E. Diokno has said that “elements of the current logo have been retained—but with greater emphasis on the Philippine eagle as a symbol of strong leadership and foresight.” Sorry, but reactions to the change don’t match the BSP official’s aspirational words.

8 fonts that make us feel a certain way
Sachet Archives is a love letter to everyday Filipino packaging
All the new coins look the same, and that sucks