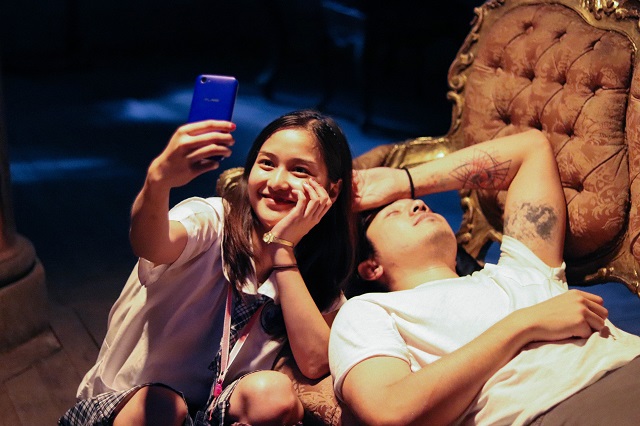 For once, we didn’t get any commercial cash cows, recycled plots and another addition to the “Enteng Kabisote” cinematic universe. Though it looked like a blip for some, that era’s legacy remains for many fans of Philippine cinema. Who wouldn’t love unique stories and diverse genres?

So, will history repeat itself this year? Not to jinx anything, but we have to admit: This year’s roster looks pretty interesting.

(This year is not the same as the recent years. We’re experiencing a pandemic that caused our cinemas to stop operating at full capacity. But that’s not enough reason to cancel MMFF.)

We have absolutely no choice but to stan. ?

One of the entries we’re pumped to see is Antoinette Jadaone’s “Fan Girl,” which follows a Paulo Avelino fangirl who discovers the truth behind his idol after riding in the back of his truck. “Our ‘idols’ are humans who also go through the same problems like the rest of us,” Charlie Dizon, who plays Jane, tells us in an interview.

Also in the pool is a (boys love) film about fate and faith called “The Boy Foretold by the Stars,” and an adventure/fantasy film “Magikland,” which aims to pay homage to director Peque Gallaga’s legacy. A coming-of-age story, BL movie and a promising fantasy film in an MMFF lineup? Unbelievable.

We’ve been saying this over and over, but it’s time to uplift quality films and give them a platform. Both the audience and Filipino storytellers deserve much, much better.

Congratulations to the 10 finalists that will be on the year’s Metro Manila Film Festival!

For updates on the latest content drops, go to https://t.co/xrZQEYECJJ! pic.twitter.com/LRAPe0BQvX

Read more:
Instead of two MMFFs, why not uplift quality films?
Five Movie Franchises We Hope To Say Goodbye To In The Next MMFF
Am I mentally prepared for Joshua Garcia in ‘Ang Mga Kaibigan ni Mama Susan’?

SHARENo Rome dropped his music video for hit track “Seventeen,” and it’s everything...

SHARE2019 has been a good year for young musicians. IV of Spades did...

In the wise words of Usagi, “Moon Prism Power, make up!”