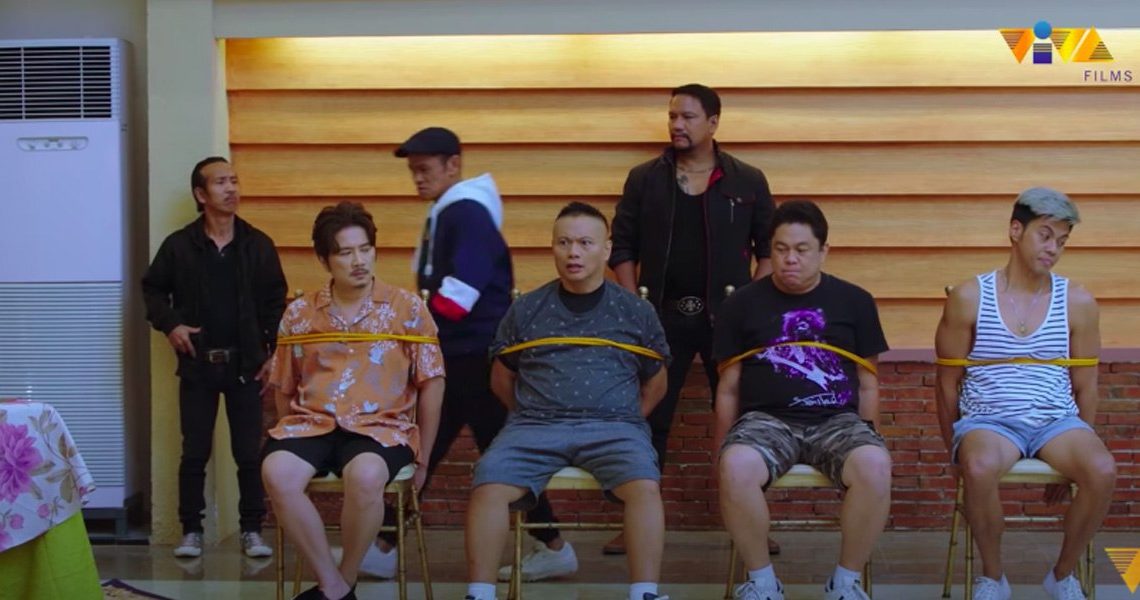 Dry, barely-there slapstick comedy. Casual jokes about infidelity. Camera angles that scream male gaze. No, I’m not going to review a ’90s Filipino “comedy.” I’ll be talking about our first impression of a Metro Manila Film Festival (MMFF) entry in… 2020.

I guess we all spoke too soon. The internet couldn’t deny its excitement as this year’s MMFF lineup screamed potential with an Antonette Jadaone coming of age “Fan Girl,” the BL (boys love) movie “The Boy Foretold by the Stars,” and fantasy film “Magikland” (a.k.a. the absence of your usual cash cow cinematic universes). But there seems to be a bug in the system.

“Pakboys Takusa” is a Viva production about four “handsome” men whom women can’t get enough of, hence, the Pakboys (fuckboys) label. What seems like the “twist,” however, is how these guys are afraid of their spouses, or  are “Takusa” (takot sa asawa). But really, are they?

If anything, the trailer looks like the anatomy of your toxic boomer tito’s guilty pleasure. It’s the usual flow: Boys passing on tips to each other on how to hit on girls, then glorifying a newfound friend—who’s years older than them and seems to be better in the game than the rest. The subtitles say it all: They “pick up chicks.” For fuck’s sake, are they really trying it in a convenience store?

Aside from treating women (and their phone numbers) as prizes to brag about, this trailer also makes jokes out of cheating. “Sinong kasama mo?” the wife asks her husband as they sit across each other in a restaurant table. “Ako lang,” the husband says, while covering a girl’s mouth under the table.

And this goes for the rest of them. Whenever their wives ask about their suspicious acts, these guys try changing the topic by making fun of their proof-based skepticism. Because as the VO says, “once a playboy, always a playboy.” Eww.

Subscribing to this mindset is dangerous not only in relationships but also on  society’s regard for and treatment of women. This takes the hard-fought movement towards women empowerment a hundred steps (or years) back.

What we need are films that show how women are anything but objects men love to prop up their fragile egos. Apart from that, the trailer’s first few seconds have transphobic undertones going on.

Look, we tried to find a redemption arc somewhere. But what did we get? A closing line that thinks It Did Something: “Kailangan maibalik natin ang tiwala ng mga misis natin… Para madali natin silang maloko ulit.” Last time I checked, MMFF wanted to cater to kids and families, right?

(“We need to earn back our spouses’ trust… So we can easily fool them again.”)

Before an Old Man Yells At Cloud meme prototype claims that Gen Zs are just a bunch of snowflakes who “don’t get” old school humor, think again: Is this what a “feel-good” film means to you? Women becoming men’s punchlines?

SHARERemember when we said we’d never make a TikTok account? (We think we...

The only makeup moguls I know are Gerard Way, Frank Iero, Mikey Way...