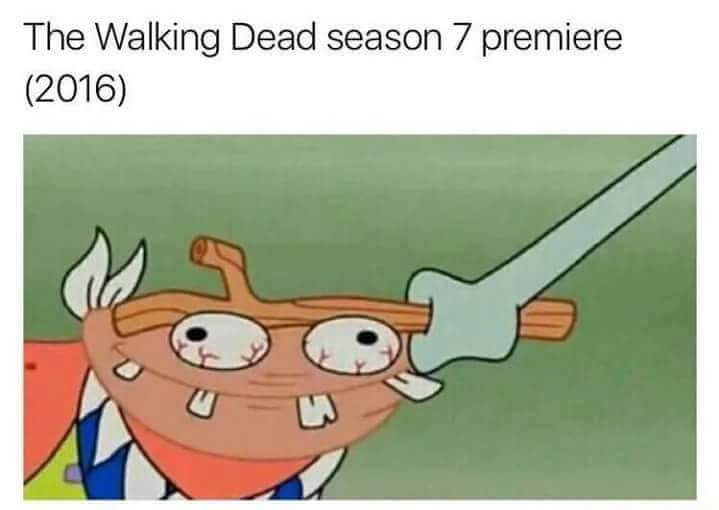 Monday’s episode of The Walking Dead had the collective Internet all riled up. It’s like an audible whisper gasped out of our phone screens, saying “what the fuck?”

Some of those gasps though, came earlier than others. Even before the episode premiered on television locally, rumors about what happened became more than just rumors when photos, then snippets, then the whole episode were uploaded on Facebook. To wait for a conclusion to the season six cliffhanger, only to find out what happened during your lunch break? That’s a travesty. Spoilers are a bad.

But what else could you expect from our hyper-connected world? These days, headlines are faster than bullets, and leaks get wider and wider with each share and retweet. Spoilers happen, and it’s almost impossible to stop them. Spoilers, leaks, rips—piracy happens. The producers behind The Walking Dead and Game of Thrones know this. It’s happened time and time again. There are websites dedicated to picking up spoilers, and they’re up because of what else but viewership? So why shouldn’t we?

Before I watched the episode on FOX at nine in the evening last night, I already had an inkling of what was going to happen because of what I saw on Facebook and Twitter. But it didn’t bother me one bit. I watched the whole episode while eating my dinner. My sister and my dad were watching the same episode upstairs, and I could hear my sister’s squeals through the floor. The episode was still enjoyable despite me knowing what’s bound to happen next.

Which made me think: are spoilers enough for you to stop watching a good show like Game of Thrones and The Walking Dead? But then again, are they good shows to begin with? A lot of people watch them, sure, but how good a story are they telling? Some people are quitting the show, including The Verge’s The Walking Dead Quitter’s Club.

They make a good point. Spoilers or not, a good show is a good show. Let’s  be honest: spoilers are an intrinsic part of television today. They’re too much of a hassle to avoid, especially for shows with a lot of viewers. So do we go out of our way to swear off social media and avoid people until we go home and watch? Some shows don’t deserve it. I don’t think The Walking Dead deserves that kind of special treatment. Good television is everywhere, man. You just have to look.

Bottom line: spoilers are bad, but unavoidable, so spend your time on good TV that can stand up despite the spoilers.