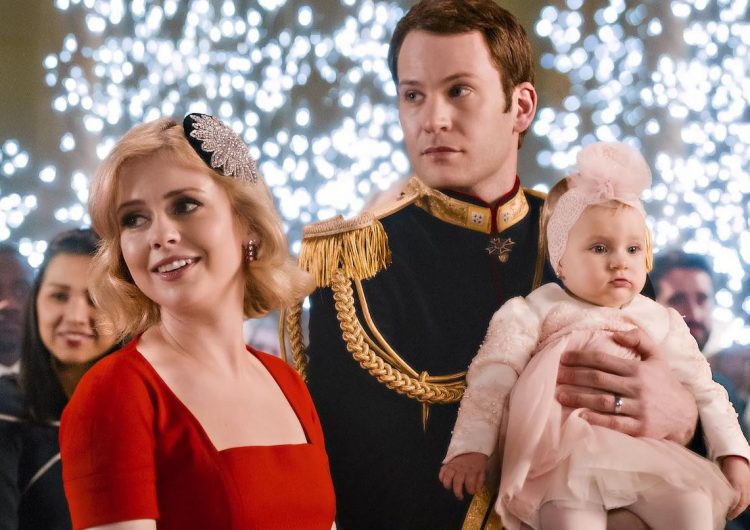 I watched “The Princess Switch: Switched Again” for the same reasons I watch mid-2000s Disney Channel original movies—a mindless hour, quick escapism, and an intense curiosity for the powerhouse that is Vanessa Hudgens.

But aside from wondering about the politics of fictional countries and whether Hudgens’ nondescript European accents are any good (I was particularly impressed with Evil Blonde Clone/Cousin, TBH), what struck me most was a shot that popped out minutes before the credits rolled, almost surreptitiously.

Yes, I’m talking about “The Christmas Prince” cast cameo, a shot that solidified the Netflix Christmas Cinematic Universe (a.k.a. the NCCU). From there, there was no going back—and for my poor unfortunate messed-up head as well.

For those who missed the important news, the NCCU is an official concept the streaming gods bless (or curse) its viewers every December. According to Netflix, it all started when producer Amanda Philipps Atkins needed a movie to play during a scene in 2018’s “The Holiday Calendar.”

What, pray tell ’o Netflix gods, are the limits of this seemingly boundless universe?

“It felt like a natural fit to show one of our other films available on Netflix,” Atkins said. “That one seed of an idea soon turned into a fun opportunity to tie the various worlds together with small easter eggs from movie to movie.”

But here’s the catch—not all Netflix holiday flicks can sit on the NCCU cafeteria table. While viewers can spot movies like “The Christmas Chronicles” on their database, it isn’t actually part of the ’verse. The NCCU only counts films produced by the Motion Picture Corporation of America, which is a total of 10 and counting: “Christmas Inheritance,” “The Holiday Calendar,” “Holiday in the Wild,” “The Knight Before Christmas,” “Operation Christmas Drop,” three “Christmas Princes” and two “Princess Switches.” (And a partridge in a pear tree, yada yada.)

Back in 2019, the streaming service released an infographic for viewers to better understand this complex web of films.

Welcome to Netflix’s Holiday Movie Universe, an interconnected world of eight films (and counting) where anyone could become a princess and your soulmate may be hiding in plain sight — or the past!

Here’s actually how these holiday faves became so entwined… pic.twitter.com/5uNjEknHac

Of course, with these complicated threads come plot holes that can’t always be sewed shut. With characters from “The Princess Switch” watching “A Christmas Prince,” does that mean ACP is effectively a documentary? With Vanessa Hudgens playing the lead in “The Knight Before Christmas,” does this imply that her character is yet another clone in “The Princess Switch” ’verse? And if so, will she appear in the inevitable threequel “The Princess Switch: 3 Switched 2 Furious”?

Some have pointed out the implications of the mystical powers and vaguely sci-fi elements that lay beyond the realm, with time travel’s existence in “The Knight Before Christmas” and a future-predicting object in “The Holiday Calendar.” What, pray tell ’o Netflix gods, are the limits of this seemingly boundless universe?

With Vanessa Hudgens playing the lead in “The Knight Before Christmas,” does this imply that her character is yet another clone in “The Princess Switch” ’verse?

If we’re taking cues from the cinematic universes that have come before, this might converge in one thing and one thing alone. While “The Princess Switch’s” next installment is definitely coming, details are still kept under wraps. For all we know, a grand crossover is on the horizon for the NCCU’s future lineup, beating the Spider ’verse out of its pedestal of endless cast announcements.

But in the meantime, I, along with thousands of viewers who tune in to Netflix for mindless holiday-themed entertainment, remain confused. At least, until December comes around again, when I’ll be even more confused.

Read more:
7 holiday films that are not for the straights
Creep out everyone in your Christmas party with these weird holiday movies
7 holiday anime specials for non-weebs

This local brand is giving techwear a comeback

SHAREIs techwear a thing in our country? The marriage between sleek style and...