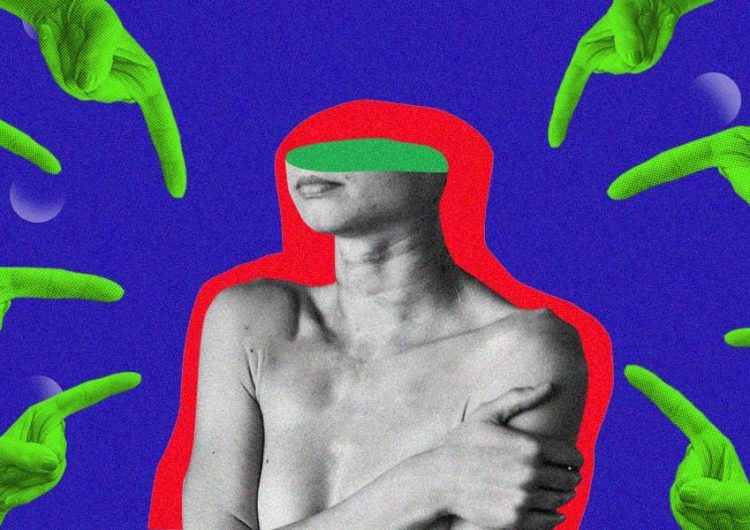 Contrary to what the Philippine National Police has declared, flight attendant Christine Dacera’s death is far from being solved. While details of the rape-homicide are still being investigated, there’s a deafening cacophony on the internet right now that hella bothers us: The prominence of victim blaming. Still.

The blame often  appears in the form of a self-righteous “she asked for it” quote. It’s a problematic umbrella phrase that pins the blame on the victim for the clothes she was wearing at the time of the incident,  the people she chose to hang out with, her “behavior,” her state of intoxication, or her choice to be out in the middle of the night. Everytime a case of sexual assault happens, why are people  so quick to “advise” women to be “more careful,” without advising men to be more decent and responsible for their actions first?

Whenever you say “she asked for it,” know that the phrase translates to these beliefs borne of locker room talk which, if left uncorrected, contribute to the existing rape culture.

You think men are (even worse than) animals

Here’s the typical unsolicited “advice” we get from casual victim blamers: Don’t “provoke” men. Boys will be boys, you can’t do anything about it. When presented with temptation, they’ll bite—that’s just how their minds work.

Wait, did you just say they’re worse than animals?

Excusing men’s predatory behavior just because they’re “designed” to project their lust reeks of toxic masculinity. Why are women burdened with  an even greater responsibility to be “smarter,” when we can simply tell men not to rape in the first place? Are men so bereft of self-control that they can’t  keep their dicks to themselves?

Even if there are 99 men and only one woman in a room, if there’s no rapist among them, nothing will happen.

You don’t know the meaning of “no”

How can you say that she “asked” for it? Did she give you consent? What did she say that made you conclude that?  Or was your conclusion a way to justify your intention in the first place, with victim blaming used as a convenient excuse to get away with the crime?

You believe that the perpetrator is faultless

Pointing fingers at the victim means you think rape is some kind of “consequence” for acts you consider as crossing the line. For women, this means dressing “provocatively” or maybe having drinks with men.  Meanwhile, predators are just ladling out “penalties,” maybe to teach these women a lesson. This also means you support rape  being normalized—because, after all, in your mind, “there are many reasons why rape happens.” Wrong!  Rape only happens because of rapists.

And if you’re thinking of being neutral in cases like this, don’t waste your time. Look, you can’t demand justice for the victim while also condemning the same person.

You side with the perpetrator

Defending someone includes empathizing with their actions. Speaking up for them  means you see yourself doing the same under the same circumstances. So when you say, “she asked for it,” that means you’re assuring the perpetrator, “It’s okay, I get it. Your actions are valid. She deserves it.” If that doesn’t make you throw up, I don’t know what will.