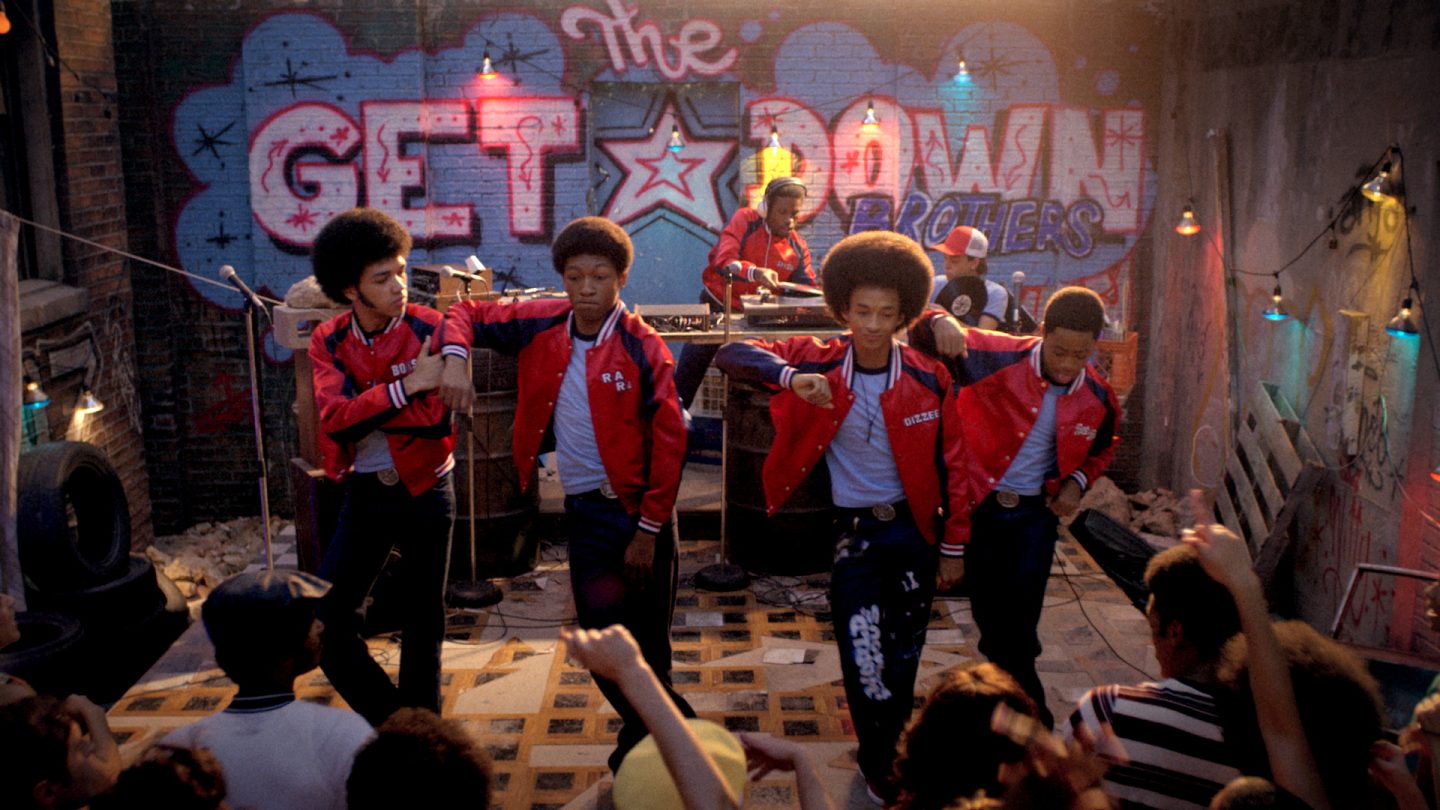 Not-embarrassing-at-all confession to make: I miss the old Kanye.

Yes, that one—chop up the soul Kanye, chop up the beats Kanye. There was something about his early soul/R&B-sampling style that gave rap music a little more warmth, even when the rhymes were going hard. Kanye didn’t invent this sound, for sure; it’s an extension of the more soulful, jazzy brand of rap music prevalent in the ’80s and early ’90s. Synth and electronic has its place and always will, but in my mind, soul hip-hop is and will forever be the best hip-hop. Don’t @ me.

So when Netflix first announced The Get Down, a new musical drama by the one and only Baz Luhrmann (The Great Gatsby, Moulin Rouge, Romeo + Juliet) about the birth of hip-hop in New York, I was stoked. A series out about my most favorite musical genre in the world, and a series whose craftsmanship is pretty much guaranteed by who’s at the helm, and who’s putting it out there? I’m so there, bro.

Although it markets itself as a story around the time hip-hop was born, you’ll soon find out that it’s not the story of how hip-hop was born. (That was my mistake, okay? I’m an idiot.) The Get Down is a highly fictionalized version of how it all went down: it’s the late ’70s and disco is in, but a new underground culture is forming, taking all the disco and soul records, finding the drum breaks, and looping them over and over for b-boys to dance to and MCs to spit to. You know where this is going.

The story follows young Ezekiel, a black/Puerto Rican kid from the strife-torn Bronx who’s got quite the talent for poetry, but very little options in the neighborhood; his love interest Mylene, the daughter of a strict church pastor who just wants to be a disco singer; Shaolin 007, a graffiti artist who wants to study the (now) old-school way of DJing under a somewhat mysticized (and definitely fictional) version of the Grandmaster Flash.

Real talk: The Get Down is beautiful, appealing, and engaging, but also somewhat uneven. The series’ strengths lie in its musicality (the selection of ’70s soul, disco, and rock is all fire) and its sharp awareness of the true power of music—check out the scenes where Mylene’s hit single all comes together, and the season finale’s climax which portrays the symbolic birth of rap music as we know it today—its conscious decision to tell the story of music, its surrounding culture, and politics, and the writers’ astounding ability to seamlessly mix fiction and nonfiction.

What does need work, however, is its writing. The main story is told through the perspective of the older Ezekiel, now a famous rapper in the late ’90s (voiced by Nas, who I assume also wrote the rhymes). Despite Nas’s masterful delivery, a good part of the lyrics fall under the “wack” classification, mostly because they also have to provide narrative context for viewers. Zeke’s portrayed as performing to a sold-out crowd, but I wouldn’t be down with a lot of the songs he did, even if they were on an album as conscious and introspective as Illmatic. And a lot of the regular dialogue also lean toward the campy and cheesy for a TV-MA show, even if it’s self-aware of it at times. Props have to be given to guys like Justice Smith, who plays Zeke, for making all the corny stuff really work.

The writing also puts forward a lot of side storylines that I assume will be fleshed out and concluded in future seasons, if there will be future seasons. The Get Down is one of those shows that you risk losing the magic when you give it more seasons, like a True Detective, but there are so many characters with rather significant storylines introduced that this one season can’t really stand by itself. There are just too many loose ends.

But still, if you’re any sort of fan of hip-hop, whether you are a fan of everything and anything, or a fan of the classics, or someone who just doesn’t hate rap the way some squares do, you need to watch The Get Down. It’s not the real story of how the genre was born—nor does it pretend to be—but it’s definitely a love letter to rap’s existence, eternally grateful to the genre for bringing people together and raising all the problems of urban America (or urban everywhere, actually) to the forefront of social consciousness. And, of course, for the sheer fun it just is, and could always be.

SHAREHonor Thy Father, the much talked-about and slightly controversial entry in last year’s...

SHAREIbiza has been a go-to place for tourists who seek out an excessively...