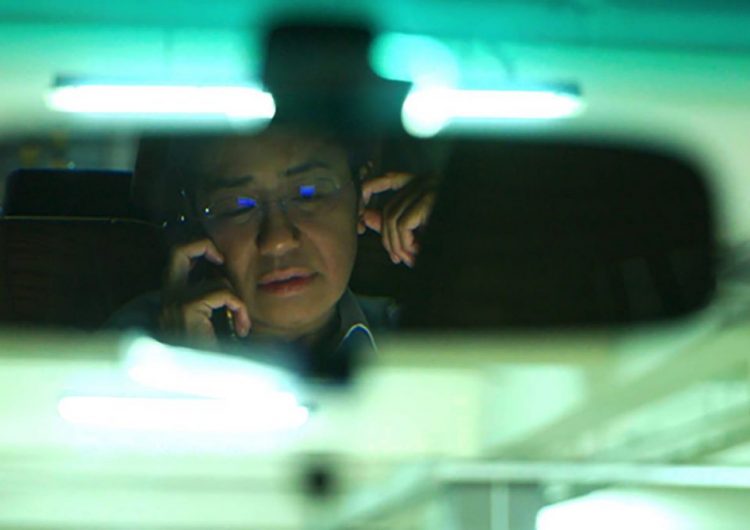 If you’re not in any way stunned by the state of press freedom and Philippine democracy at this point, this documentary just might give you that much-needed dose of reality.

The 98-minute documentary “A Thousand Cuts” directed by Ramona S. Diaz will stream today–for free!– on that award-winning i Public Broadcasting Platform (PBS) Frontline. Recounting the story of Maria Ressa, founder-CEO of Rappler and one of 2018 Time Magazine’s Person of the Year, “A Thousand Cuts” is an eye opener for those still looking for a silver lining in Philippine democracy in recent times.

“What we’re seeing is a death by a thousand cuts of our democracy, little cuts to the body of Philippine democracy,” says Maria Ressa in the trailer. Ressa is among the most staunch advocates against disinformation in the country, whose news site Rappler has been writing extensively about Duterte’s war on drugs and other controversial policies.

Rappler has been tagged by the government as a peddler of ‘fake news’ and has been trolled by fake and anonymous online personas in and out of social media. In 2019, Ressa was arrested  multiple times  for cyberlibel and an alleged violation on foreign media ownership. “I’m being treated like a criminal when my only crime is to be an independent journalist,” Ressa told reporters in the same year.

As if that’s not enough, just before 2020 ended, Ressa was once again charged with cyberlibel in connection with  her sharing the article on businessman Wilfredo Keng on Twitter. Keng was the same businessman who filed the earlier cyberlibel case convicting Ressa and her staff Reynaldo Santos, Jr.

The documentary will air as the first episode of Frontline’s Season 2021, and can be streamed today on its  website and YouTube. You might also want to check out this 2019 Frontline documentary that tackled Duterte’s drug war.

Still from “A Thousand Cuts”

SHAREIt’s an annual tradition for Shaira Luna and friends to do a closet...

Kiss kiss, fall in love with fictional bird, printers and other entities you’d...