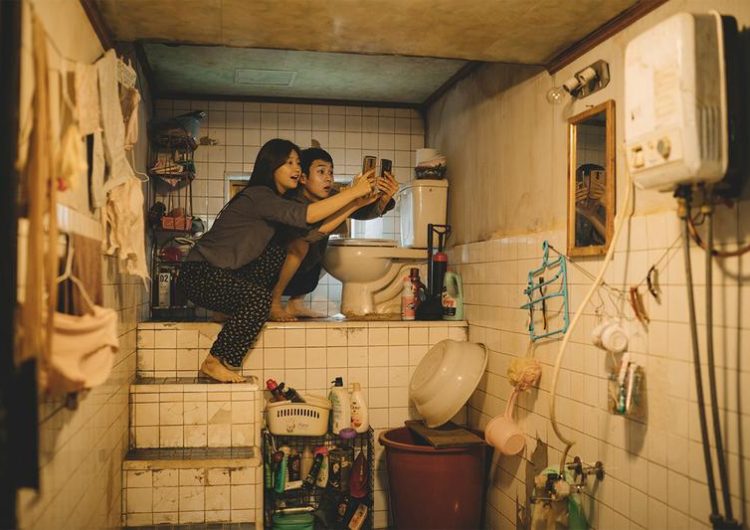 Bong Joon Ho’s “Parasite” isn’t only an Oscar-winning hit—it’s a whole ‘nother cultural reset. After all, it’s not every day you’d witness an actual pizzeria selling out because of a popular movie’s bizarre intro roaring with pizza boxes.

Since making history, fans got curious about what it’s like to live in the Korean filmmaker’s head rent-free, much more be able to whip up a story like that. Well, if ever you want an update, here’s Bong’s latest anecdote, as heard in “The Director’s Cut” podcast: “It feels like I’m splitting my brain in half left and right writing these two scripts. But I finished one last week.”

According to Dazed, the director-screenwriter has been writing two scripts: one in Korean, one in English. The former is set in Seoul and has “unique elements of horror and action,” while the latter originates from a real event that happened in 2016. “Of course, I won’t know until I finish the script, but it has to be set half in the UK and half in the US.”

Though people have been speculating that these scripts mean a “Parasite” sequel or spin-offs, we have yet to wait for more solid confirmation. While we’re in the waiting game, why not explore the director’s whole filmography—”Okja,” “Snowpiercer” and “The Host” are up on Netflix.

SHAREFor our May-June 2017 issue, we interviewed six different personalities in an attempt...

SHAREThe holiday season is the most beautiful time of the year. ‘Tis the...