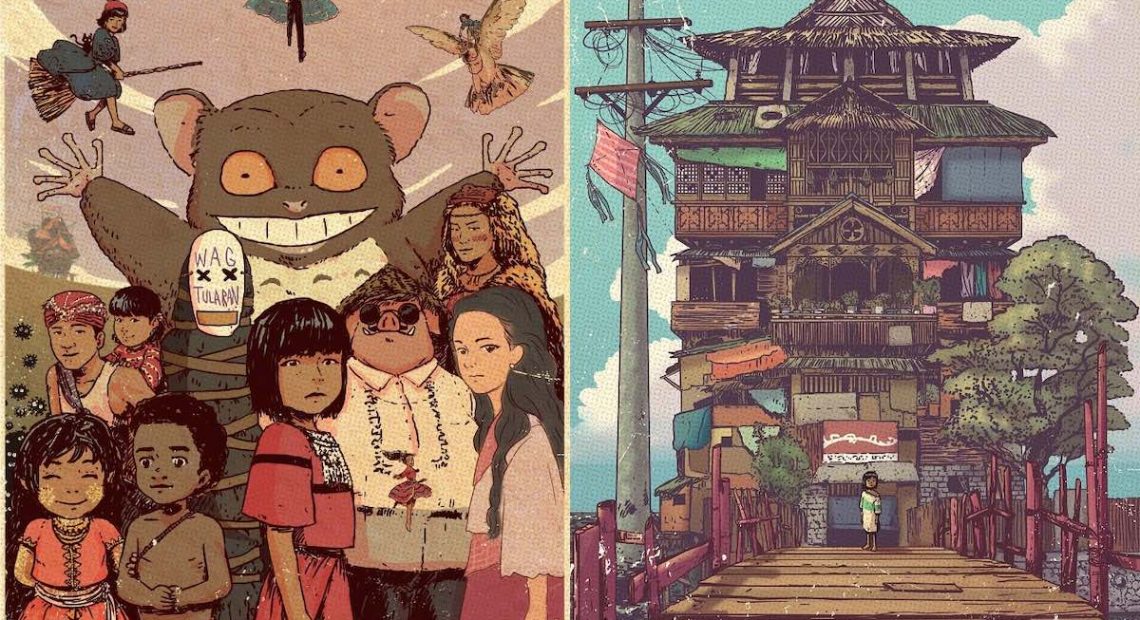 These are exactly what Cebuano artist Bastinuod did for his version of the Ghibli redraw challenge, with Hayao Miyazaki’s world taking on distinctively Filipino elements.

On one side of Bastinuod’s Studio Ghibli ’verse, Chihiro stands in front of the “Spirited Away” bathhouse, which, expectedly, now houses a sari-sari store, too. 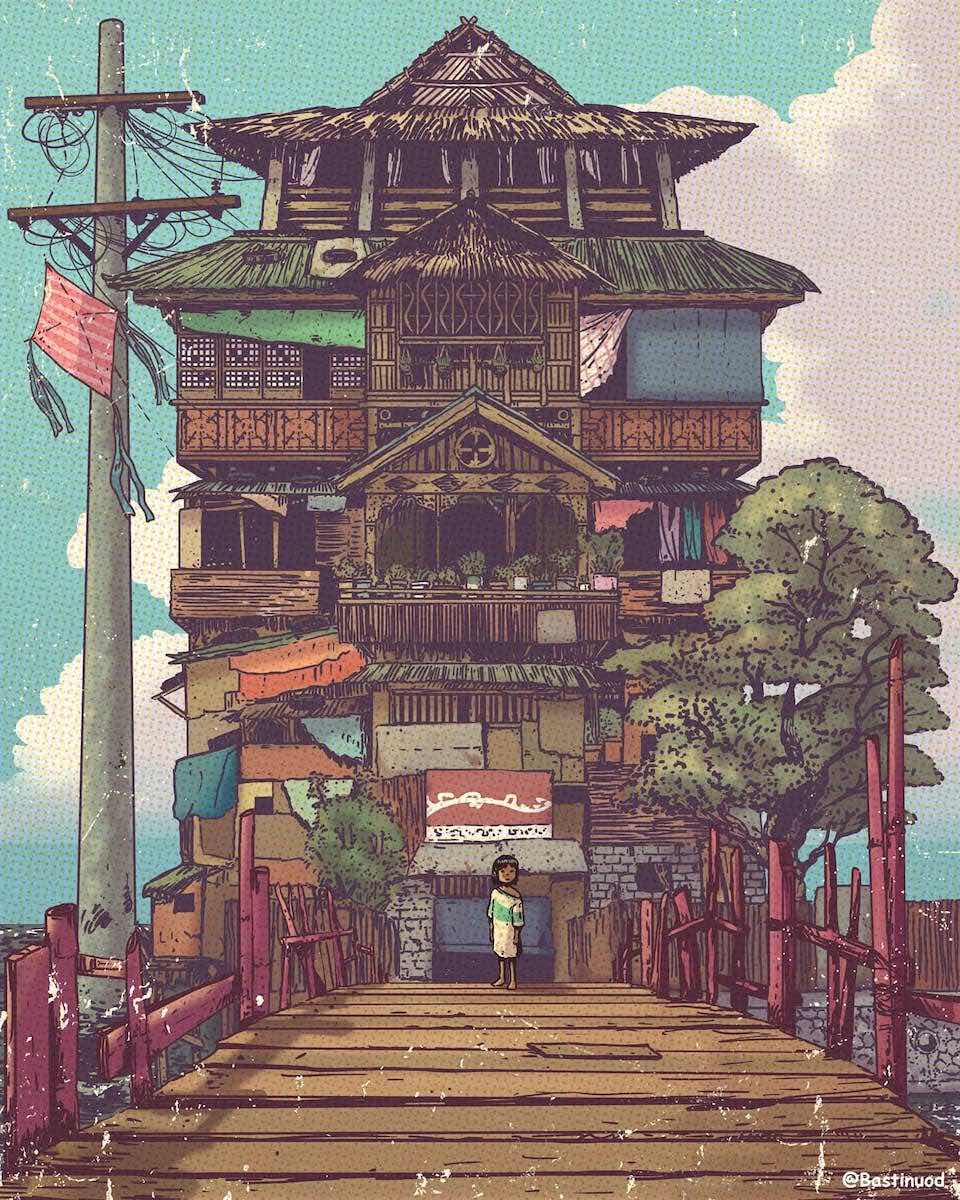 In another, the moving castle isn’t fueled by some mystical power thanks to Howl, but instead, by several townspeople who carry it from one point to the next. 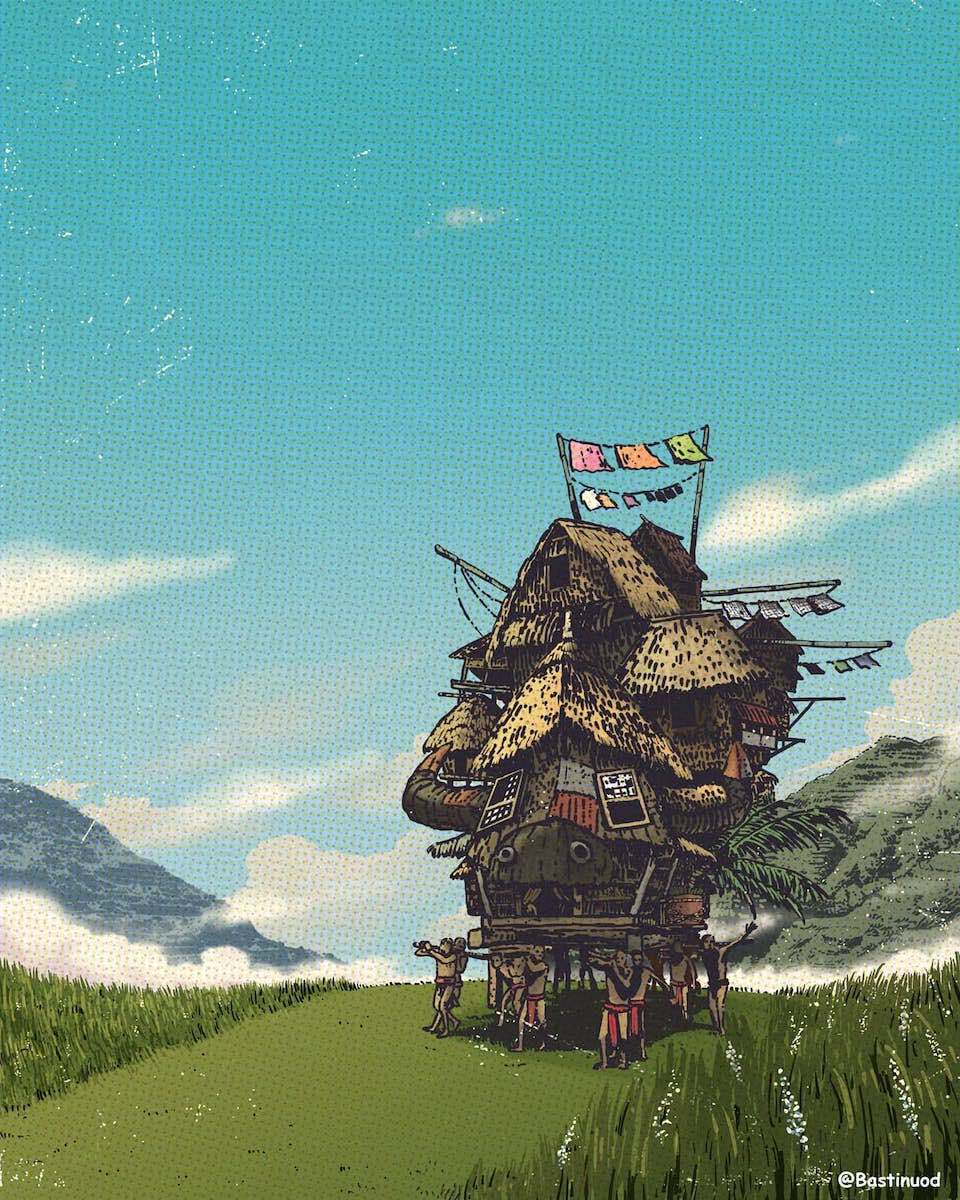 The rest of Bastinuod’s Ghibli-fied Filipino tableaus includes a schoolgirl who waits beside a tarsier Totoro in the rain, while his “Princess Mononoke” wolf takes the form of Bukidnon’s Witch Dog. 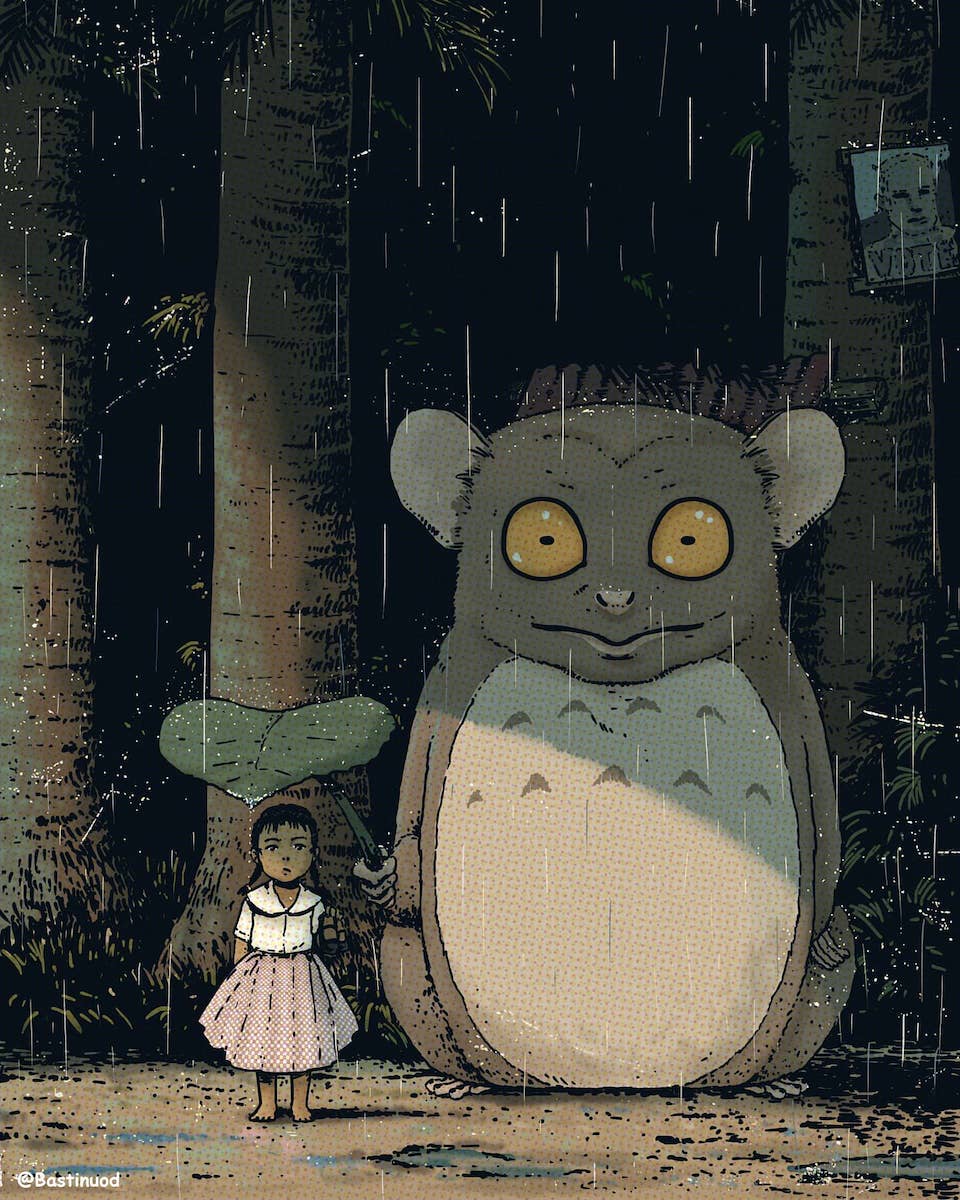 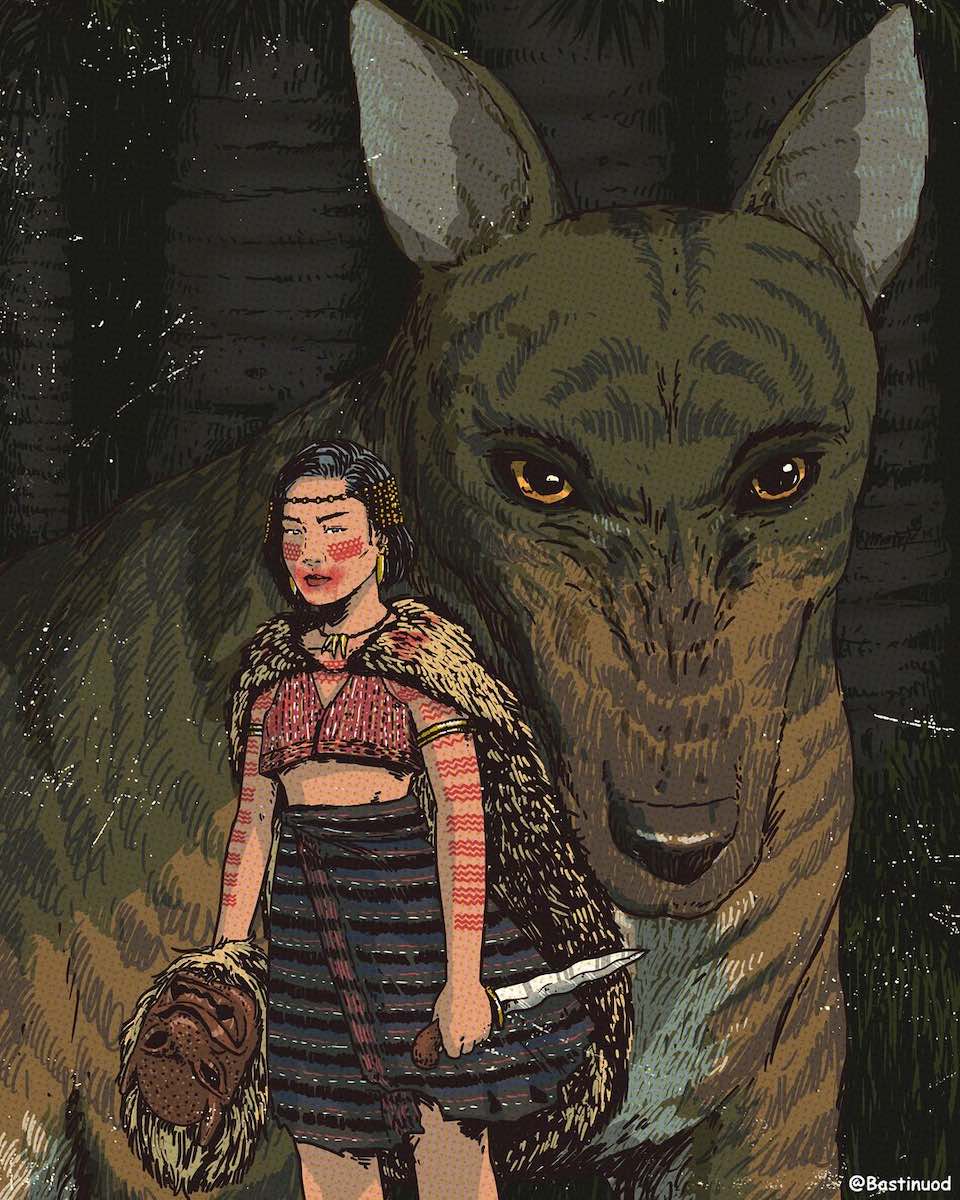 “Ghibli redraw is a viral online challenge, and adding Filipino elements in my art has been my way of contributing to the promotion of our own culture,” Bastinuod tells Scout. More recently, he dedicated his “Grave of the Fireflies” rendition—titled “Bakwit”—to displaced Lumads. 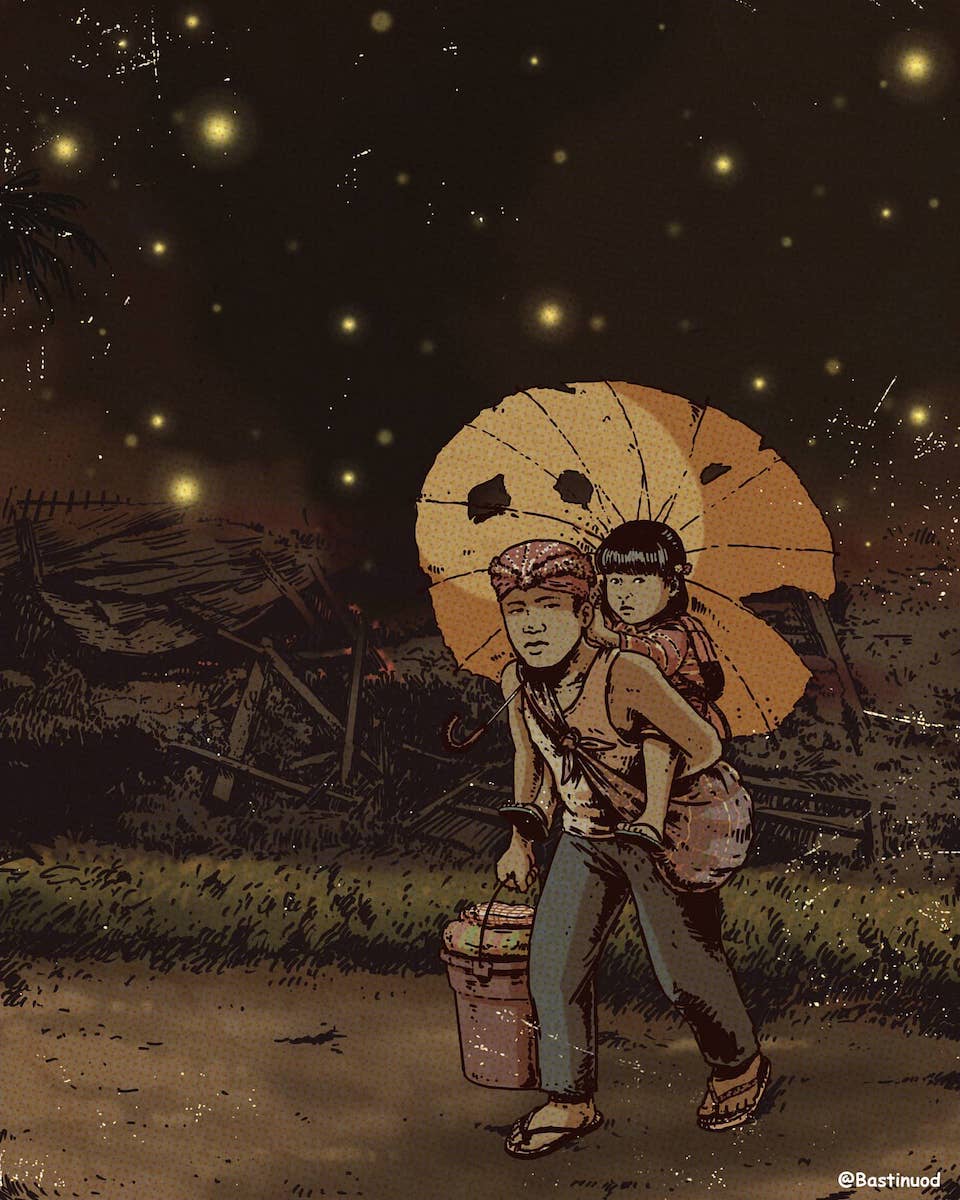 Prints and stickers from the Ghibli redraw series are available—just drop a DM over at Bastinuod’s inbox.

Elsewhere in the Filipino-fied Studio Ghibli world, the Miyazaki characters have also toured around UP Diliman.

Read more:
Meet Studio Ghibli characters hanging out at UP Diliman, thanks to this artist
The many meanings of ‘giatay,’ explained in this Art Fair exhibit
This AI machine will transport you into a Studio Ghibli film